Here’s another possible reason why Kuala Lumpur is increasingly becoming a hot favourite among expatriates looking for a place to stay in Southeast Asia.

According to ECA International’s latest survey, the city is now cheaper for expatriates to live in.

Comparing a basket of like-for-like consumer goods and services commonly purchased by assignees in over 450 locations worldwide, the survey found Kuala Lumpur was the 197th most expensive city in the world.

This was a drop of 19 places from five years ago.

“The main reason for the fall in Malaysian locations in the ranking was due to the depreciation of the Malaysian Ringgit versus other major currencies between 2015 and 2016,” Lee Quane, regional director, Asia, at ECA International told Human Resources.

“While this means that companies bringing staff into Malaysia who need to pay a cost of living allowance in order to protect the employee’s purchasing power will be able to pay lower allowances in their home country currency as the allowance will buy more Ringgit in 2016 versus 2015.”

He added that for Malaysian employers sending staff overseas, they will need to increase the cost of living allowances that they provide in order to protect the employee against the impact of the weaker Ringgit. 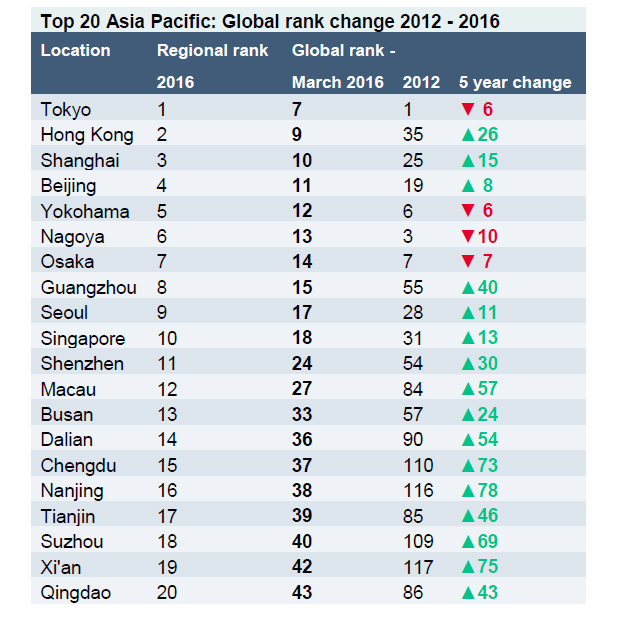 The city of Kinshasa, in the Democratic Republic of the Congo, was found to be the world’s most expensive location for expatriates, followed by Luanda.

Kuala Lumpur’s fall in ranking echoed that of Jakarta’s – the city fell by 49 places to emerge as 156th place in the global ranking.

The survey highlighted this drop was mainly due to the weakness of the rupiah over the past five years.

Tokyo occupied the top spot in Asia Pacific for the fourth time in five years. From a global perspective, however, Tokyo moved down from 1st place over the five year period, and now sits at 7th place.

Following Tokyo, Hong Kong emerged as the second most expensive city in Asia Pacific in this year’s rankings, and is the 9th most expensive location in the world for expatriates.

“It now ranks higher than all Chinese Tier 1 cities for the first time in five years. The Hong Kong dollar has appreciated against most major currencies owing to its peg to the US dollar, which has pushed up prices of goods and services compared to those in locations whose currencies have weakened against the greenback,” the survey stated.

ALSO READ: The most expensive cities for expats relocating to APAC

Another notable rise in expenses was observed in Singapore. The city rose by 13 places and was found to be the 10th most expensive city in the region.

“Singapore is a case in point. In spite of relatively low levels of inflation in the past 12 months, a strengthening currency versus the Australian dollar and slightly higher rates of inflation for international assignees over the period as a whole has pushed Singapore above locations in Australia over the course of the past five surveys,” Quane said.

“This is also the case when compared with locations in Europe, who have experienced lower inflation rates and a depreciating currency over this time period.”

How to deal with concerns of CV fraud among senior leaders

Fresh graduates with associate degrees are having a hard time making ends meet, with many earning less than HK$10,000 monthly...

Check out photos from the Staff Lounge, that comes packed with a massage room, language classes, and more; and costs S$20,000 a mo..

DSM collaborates with SIT to support next generation of food technologists

The agreement will grant SIT's students and staff access to DSM’s facilities and expertise during their course of study...

New centre for workplace learning to help over 1,000 companies by 2023

The National Centre of Excellence for Workplace Learning aims to equip companies with the capability to train and develop their wo..

K. Parinya Hallermann, director of HR, explains the strategy that led to the retention of 34% of the workforce since 2006...