Do Singaporeans no longer need CEOs?

They may be some of the most powerful people in society, but looks like CEOs aren’t the most important members of a company today.

That is, at least, in Singapore, according to a new Ketchum leadership study of over 6,000 respondents across 12 countries.

It found that professionals in the country are looking more towards their peers, that is, employees at all levels, for leadership instead of just from those at the top of the organisational chart.

More than three out of 10 (34%) of local respondents stated leadership should come mainly from the organisation and all its employees.

The percentage was slightly higher than the number of Singaporeans who still believed that leadership should be provided mainly by the CEO (29%).

In line with these figures, the survey also found locals aren’t too confident about their leaders’ capability to lead them.

Only one in five (22%) of Singaporeans polled believed their leaders are effective – 2% lower than the global average of 24%.

“People expect organisations and leaders to lead at the speed of now,” said Tyler Durham, partner, and president of Ketchum Change.

“If we continue to view leadership as the responsibility of only a few people in the organisation, companies will never be fit for the future.”

The survey identified that if a CEO does wish to be more effective in Singapore, he or she should be prepared to lead by example – as stated by 59% of locals.

Admitting mistakes (55%) was the second top trait locals believed an effective leader should possess, having tied with being able to provide a clear overall, long-term vision, and being able communicate in an open and transparent way.

Beyond these leadership attributes, Singaporeans also felt that it is important for leaders to be intelligent (61%), friendly (48%), and likeable (46%).

Interestingly, male leaders in the country were seen as more preferred than female ones.

Locally, 75% of respondents saw male leaders as more likely than female leaders to navigate the world through challenging and rapidly changing times over the next five years, compared to 61% globally.

While this trend was shared across markets surveyed, China (75%) and United Arab Emirates (71%) were found to be well above the global average. 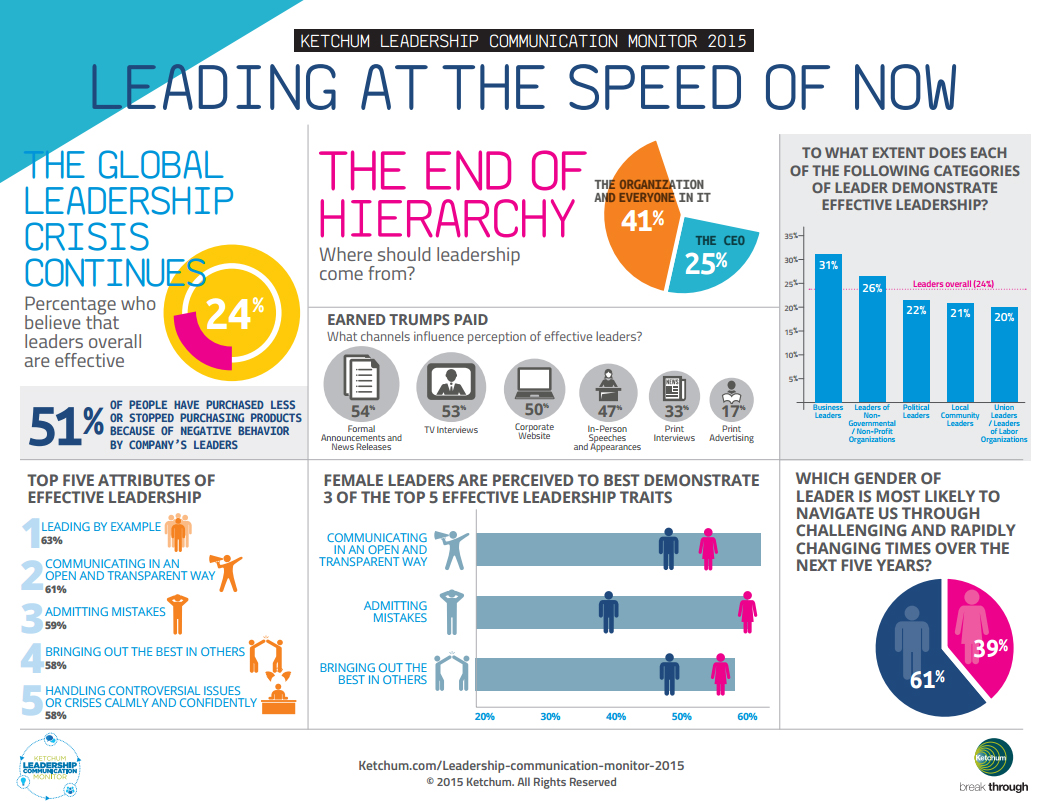 Training budgets in Hong Kong are at a 10-year high

The 25 most overpaid CEOs

In what is said to be a major cost cutting move, the firm has terminated its regional talent management director for Asia...

Lilach Sela, vice president of global C&B at Amdocs, provides insights to how the company's C&B offerings are catered to its uniqu..

The NWC will raise the basic wage threshold for low-wage workers from S$1,300 to S$1,400, to cover more employees within the quant..