70% of Malaysian employers disappointed with the quality of fresh graduates

Malaysia’s fresh graduates have some catching up to do as 70% of employers are disappointed about their quality levels – calling their standards just “average”.

About a quarter (24%) said the standards of graduates were “bad”, while just 6% said they were “good”, in a new JobStreet.com survey of 472 managers in the nation.

Many employers attributed the poor ratings not to academic qualifications, but rather attitudes and communication skills shown during interviews or at work.

But the number one reason for the disappointment? Unrealistic salary and benefit expectations – as listed by more than two-thirds of employers (68%).

The second concern for employers is in the levels of English proficiency, with 64% of bosses saying poor command of the language inhibits fresh graduates’ employment.

The third factor contributing to the issue was graduates being too choosy about the job or company, as pointed out by 60% of employers. 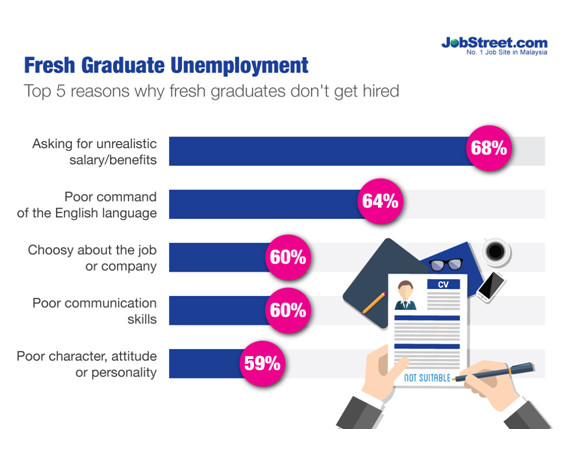 So what can turn the tide for these graduates? More than one-third of employers (39%) said those who’ve held leadership positions at the university level will have better chances.

Another quarter opted for high academic scores, while one-fifth said they would look for those involved in extracurricular activities.

Students with volunteering experience were also popular among 16% of employers. 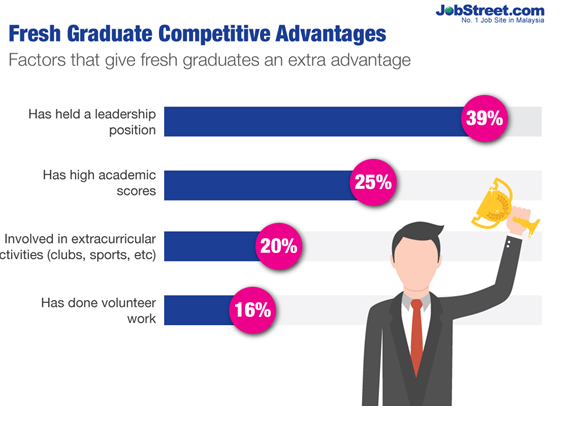 ALSO READ: Malaysia is the 10th most generous country in the world

Robots are expected to replace half of Japan's workforce by 2035

Minister Josephine Teo has launched three new initiatives - among which is a Career Transition Programme for Retiring SAF Servicem..

Only 18% of firms have programmes to develop women

Despite that, 69% of leaders think they'll soon close the gender gap on their boards. Are they being too optimistic?..

Does working these jobs enhance your chance to meet rich people?

Many successful people made it to the top by working hard and gaining support from others...