Why dread Mondays when it could be your most productive day of the week?

Mondays – as much as you’d like to, you can’t avoid them. Despite how much we dread the day, it may just be our most productive day of the week.

According to a recent research by Accountemps, Mondays, and even Tuesdays, are when employees’ productivity peaks.

In particular, more than half of workers surveyed in the US said they were most productive in the beginning of the weeks, with 29% saying on Mondays while 27% cited Tuesdays.

However, productivity dipped after Wednesday (20%) – just 13% said they did their best work on Thursdays, with 11% citing Fridays. 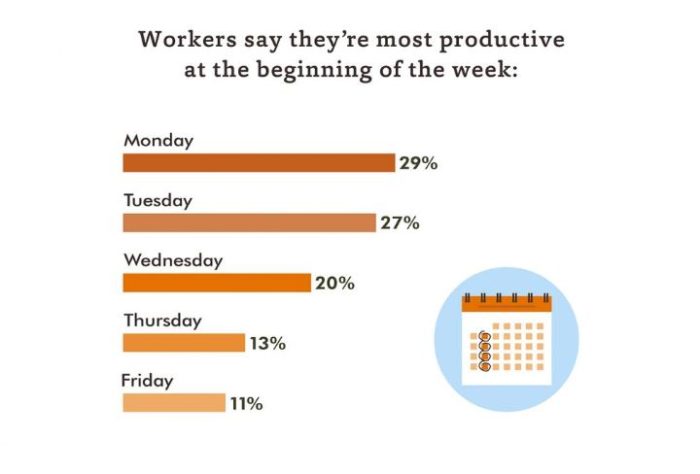 Workers are most productive in the early morning

On the other hand, just 2% could get most work done during lunchtime, while the same percentage preferred to burn the midnight oil. 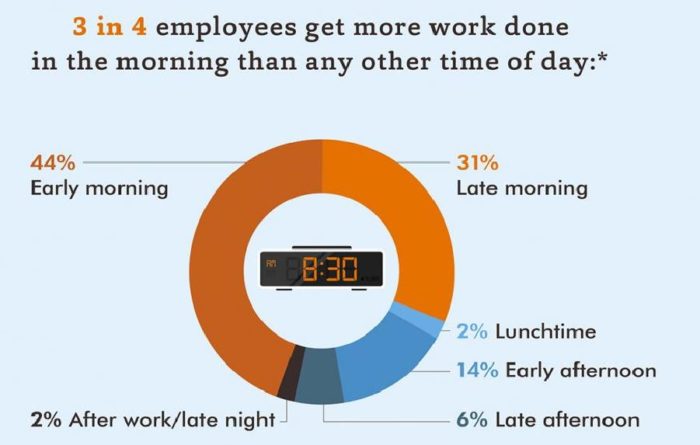 Apart from the above, these workers were asked for their preferred workspaces that would boost productivity – and an open office with co-workers emerged the most desired (38%).

This was followed closely by a private office with a closed door (3%), while just 9% would choose to work offsite. 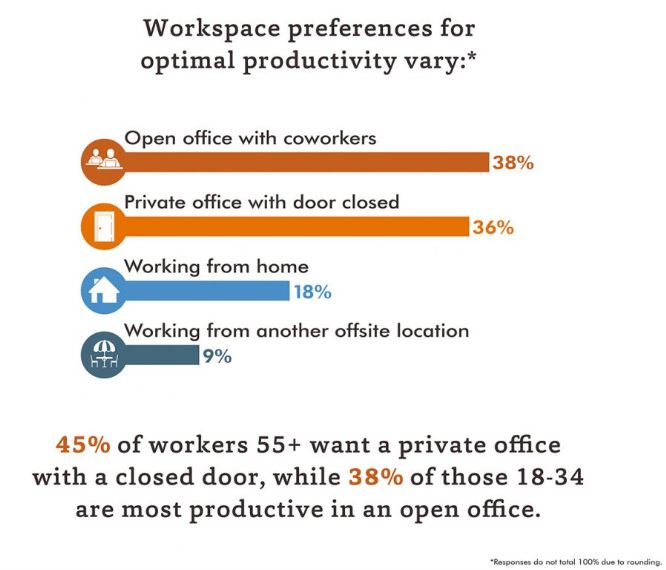 While co-workers can make work more fun and motivate you when you’re down, they can also be considered distractions to productivity. For instance, 32% of those surveyed found chatty, social co-workers as their single, biggest distraction.

On the other hand, just 11% found “unnecessary emails” to be it. 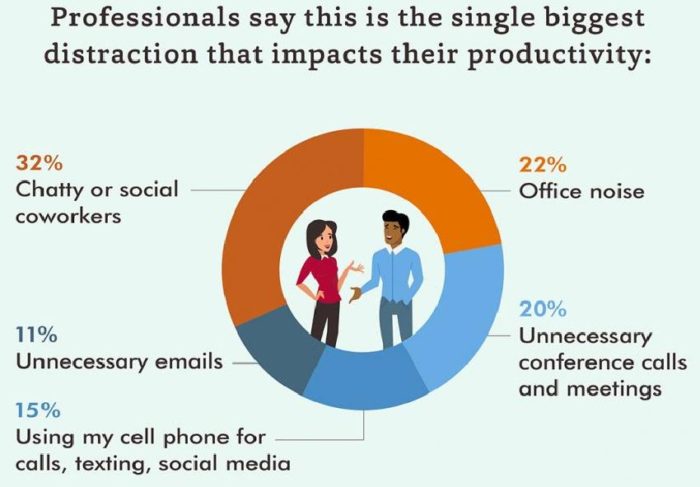 honestbee lays off 38 employees in effort to streamline the business

Salaries to rise amid higher turnover in 2014

Hiring intent has skyrocketed in the local aerospace industry, as the sector’s growth has doubled in size over the last 10 years. ..