In a Facebook post yesterday, Thailand’s Ministry of Labour announced new minimum wages, which came into effect on 1 January 2020 (1 January 2563 BE).

The minimum wage rate (per day) varies per province/district across the country, and is depicted as follows: 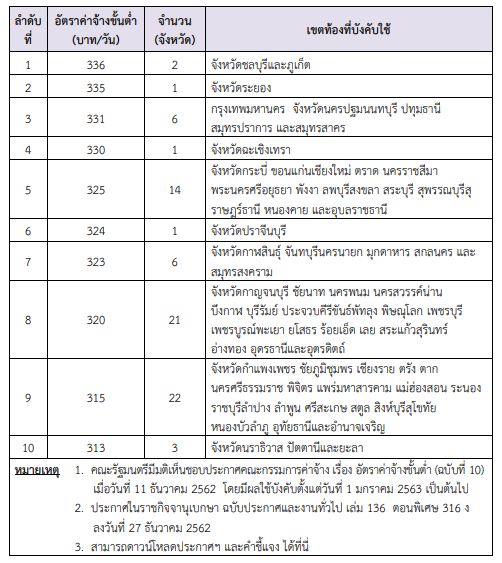 HR and employers to note:

View an interactive map of the minimum wage rate per province here.

Let’s accelerate: What it means to be an internal talent consultant at VietJet Air

Your personality could determine your perfect job, research shows

The firm's HR Team Lead, Abeline Kok, reveals that initiatives include mobile massages, a sports and games event, and more...

Marking the seventh tranche of the payouts, the scheme supports businesses embarking on transformation efforts and encourages shar..

A Hong Kong company was ordered by the court to pay over HK$100,000 in a dispute over unpaid leave...

Concerns about the fairness and status quo of such recognition can instead cause staff to be less intrinsically motivated. ..

First-born females are the most successful

So that's what Sheryl Sandberg, JK Rowling, Hillary Clinton and Oprah Winfrey have in common...