DBS to upskill at least 3,000 employees in AI and ML skills this year DBS has set its sights on accelerating the use of artificial intelligence (AI) and machine learning (ML) across its business.

In an innovative step to futureproof its workforce, the bank has announced a collaboration with Amazon Web Services (AWS) to develop a critical mass of employees equipped with fundamental skills in AI and ML by the end of the year.

During the programme, DBS employees will learn the basics of AI and ML by participating in a series of hands-on online tutorials before putting their new knowledge to the test by programming their own autonomous model race car. These ML models are then uploaded onto a virtual racing environment where employees can experiment and iteratively finetune their models as they engage each other in friendly competition.

As part of DBS’ drive to ingrain digital learning behaviours among employees, the DBS x AWS DeepRacer League will be run completely online powered by AWS, from classroom to racetrack. This comes on the back of DBS’ effort to scale up its digital learning tools and platforms to enable its employees to upgrade their skills and pick up new knowledge even when they are not physically in the office.

Paul Cobban, Chief Data and Transformation Officer at DBS, said: “As a technology company that provides banking services, we are keenly aware of the need to stay ahead of the technology curve to continue exceeding our customers’ expectations. We have never believed in limiting digital expertise to a small team. Instead, we passionately believe in democratising technology skillsets among all employees, so that they can run alongside the company as we advance on our digital transformation together.

"Additionally, we wanted to adopt a different approach from our previous digital and data skills revolutions. In line with our ethos of keeping work and learning fun, we sought to introduce gamification elements to better engage our employees, and the AWS DeepRacer League platform presented the perfect opportunity.”

Employees who develop a flair and passion for AI and ML are encouraged to stretch themselves beyond the DBS x AWS DeepRacer League and to pit their skills at global competitions.

For instance, Ray Goh, Executive Director of Technology & Operations at DBS (pictured below), flew Singapore’s flag high when he emerged global champion in the recent virtual AWS DeepRacer League F1 ProAm Event run in May 2020, even beating Renault F1 Team driver Daniel Ricciardo. Another four DBS employees were placed in the global Top 20, and a total of six employees have qualified for the AWS DeepRacer Championship Cup to be held in Las Vegas at the close of the year.

Goh said: “When I first got involved with the AWS DeepRacer on my own last year, it was to satisfy my own hunger to learn more about AI and ML. I wanted to challenge myself by participating in the AWS DeepRacer League, but I certainly did not expect to come this far! I’m delighted to be able to do Singapore and DBS proud, and more importantly, to inspire my colleagues to join me in developing a deeper level of mastery in AI and ML, which are both important skills for the bank and the digital economy.” 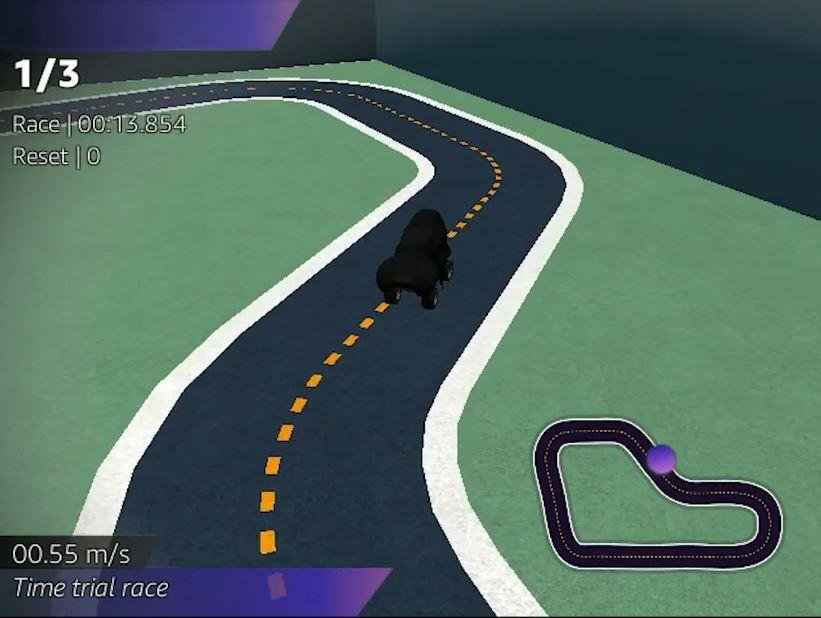 Since the start of its digital transformation seven years ago, DBS has invested heavily in upskilling its employees’ digitally so that no one is left behind on bank’s digital transformation journey. The bank’s investments have laid a strong foundation for everyone in the bank, from teller to executive, to leverage digital capabilities and data skillsets in developing innovative banking products and delivering exceptional service to customers.

DBS is now revving up for the next stage of its digital transformation efforts as it continues experimenting with emerging technologies. For instance, in 2019, DBS digitalised and simplified end-to-end credit processing, setting the foundation for advanced credit risk management using data analytics and ML. It has also deployed an AI-powered engine to provide accurate self-service digital options to its retail customers based on their digital footprint.