Can you increase your salary by sleeping more every night?

It is common knowledge that working adults should get 7 to 9 hours of sleep per night.

However, a report by Mattress Online revealed a majority of workers are getting less than that, with  75% of Brits sleeping less than 7 hours per night and 65% of Americans getting 7 hours or less. This costs the UK economy and US economy £40bn and £310bn respectively.

Needless to say, lack of sleep doesn't just affect work performance, but also overall wellbeing. But did you know that it also affects your salary?

According to the report, assuming you're getting less that the required amount of sleep, adding just 1 extra hour of sleep per night could boost your salary by 5%

While it may seem too good to be true, when considering the negative aspects of poor sleep - including poor concentration, mood, communication and cognitive assimilation - it is clear how an extra hour of shuteye can improve an individual's performance at work.

Unfortunately, the paradox is that the stress of work is what's keeping many workers from achieving the recommended amount of sleep in the first place, with 65% of Brits citing work anxiety as the cause of their lack of nightly rest.

Interestingly, the opposite is also true, with those who earn more being more likely to get a longer, better-quality night’s sleep. 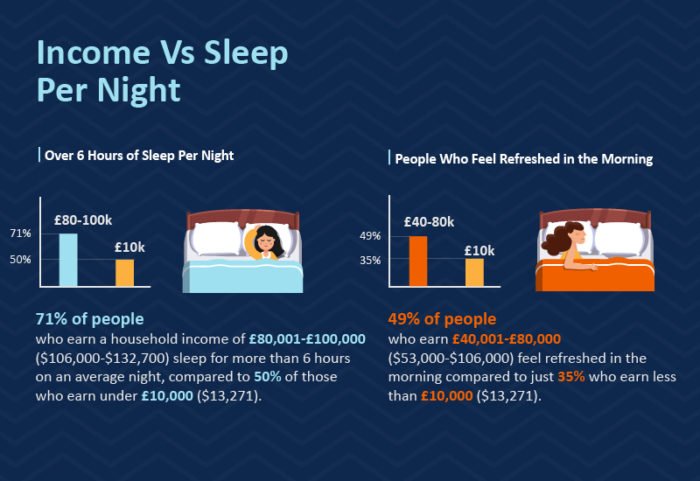 While those with more money have been proved to sleep more soundly, this doesn’t always translate into roles with a huge amount of responsibility.

Taking the leaders of both the UK and US for example, US President Donald Trump is known for working on 3 hours of sleep while UK Prime Minister Theresa May gets 5 hours of shuteye each night. In line with that, the report noted that this unhealthy sleep standard set by those in powerful positions could be sending the wrong message to employers and their workforce.