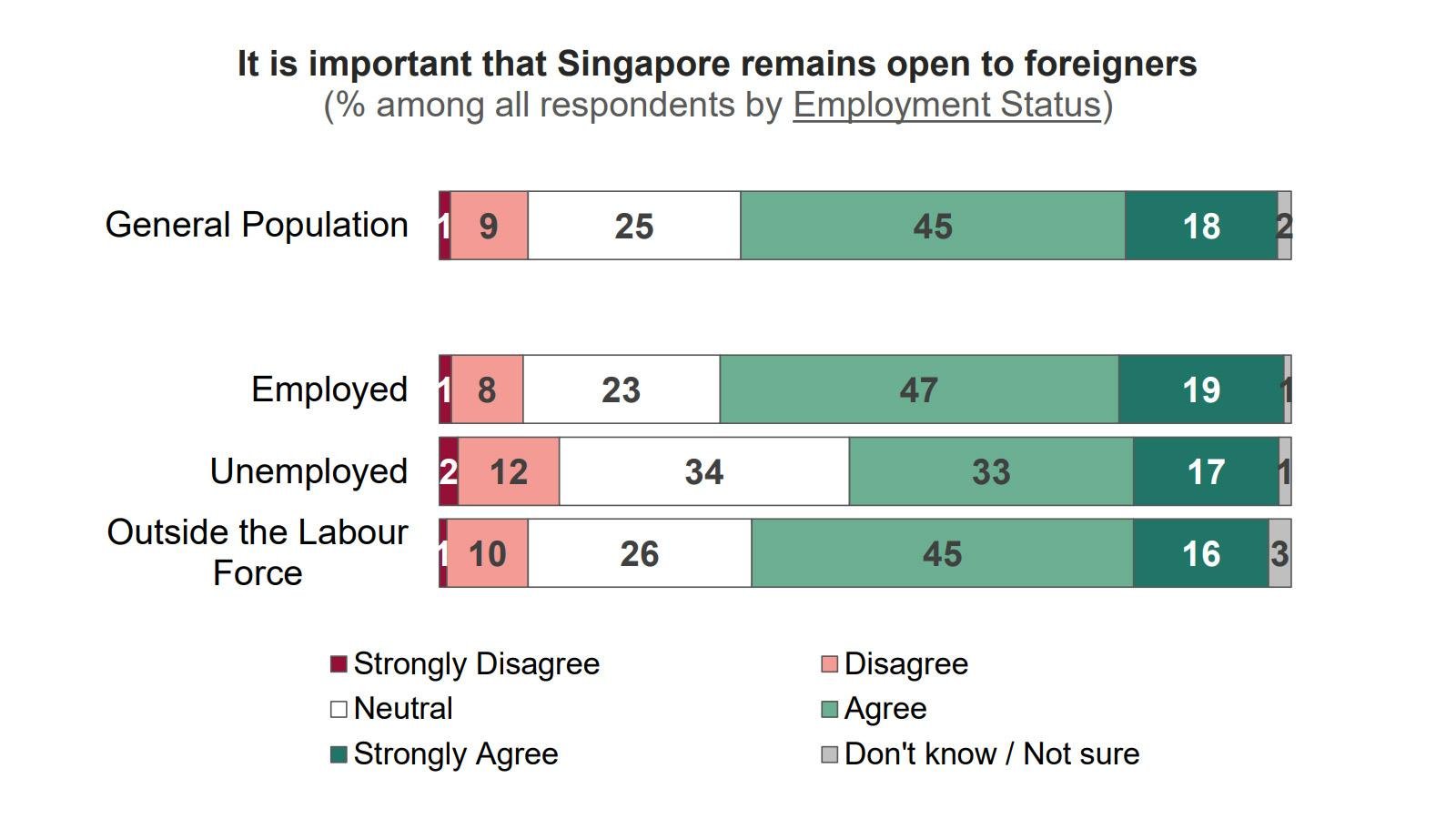 More than six in 10 Singaporeans (63%) polled recently generally agreed it was important for Singapore to remain open to foreigners, a recent poll by REACH has found. Additionally, about one in four (25%) felt neutral about it, while just 10% either generally disagreed.

Among the different groups of respondents, namely the employed, unemployed, and those outside the labour force, those who were unemployed were more likely to take a neutral stance on the topic (34%). At the same time, it was the group of employed Singaporeans who overall either strongly agreed or agreed on the importance of remaining open (66%); followed by those outside the labour force (61%). 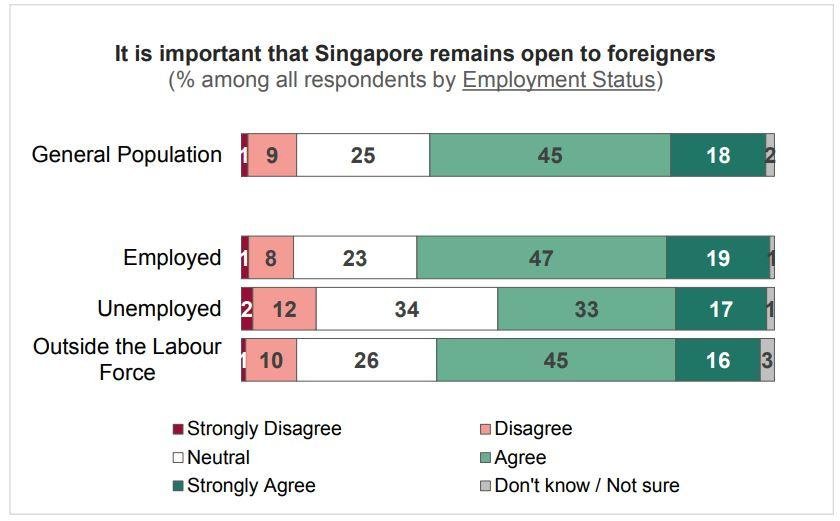 In light of the above, what are Singaporeans' views towards the country as a regional hub?

According to the poll, more than eight in 10 of the overall respondents (81%) believe "in general, it is good that Singapore is a regional hub, as it provides good opportunities for Singaporeans, but also brings in foreigners." This view was more prevalent among those outside the labour force (85%), followed by those who were employed (82%); while it was less common, yet also still a view of the majority, among the unemployed (68%).

On the other hand, despite the above being a view by the majority, there was still a smaller group that felt it would be better for Singapore to not be a regional hub, citing "so we can reduce the number of foreigners, even if this means fewer job opportunities for Singaporeans."

In particular, 32% of respondents who were unemployed felt so, followed by 18% of the employed, and finally, 15% of those outside the labour force. 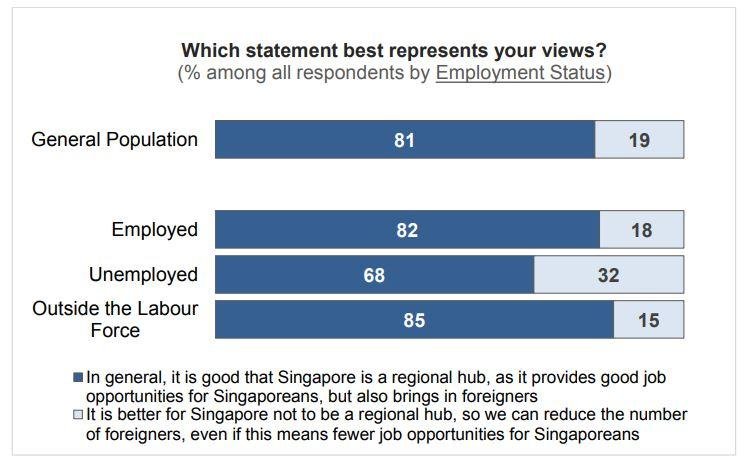 Overall, how do Singaporeans feel about foreigners in Singapore?

On a whole, when asked how the felt about foreigners in general, close to half of the respondents (49%) said they felt neutral. That said, more than double the number of Singaporeans who expressed negative sentiments (14%), were either very positive or positive about foreigners in Singapore (35%).

Finally, respondents were also asked about the top three things that bothered them most about foreigners. In response, nearly half (47%) did not state any concerns, while 23% mentioned job-related concerns and a lesser 16% stated concerns about the social habits of foreigners.