Unemployment in Malaysia increased from 521,400 in June 2019 to 524,800 in July 2019, according to latest statistics from the Department of Statistics, Malaysia (DOSM). This represents a 0.7% month-on-month increase.

Despite that, the Key Statistics of Labour Force for July 2019 revealed that unemployment rate remained at 3.3%, dropping slightly when compared to July 2018.

Additionally, it was revealed that a total of 31.5% of working age population (15-64 years old) were outside the labour force. This comprised of housewives, students, retirees, and those not interested to work. 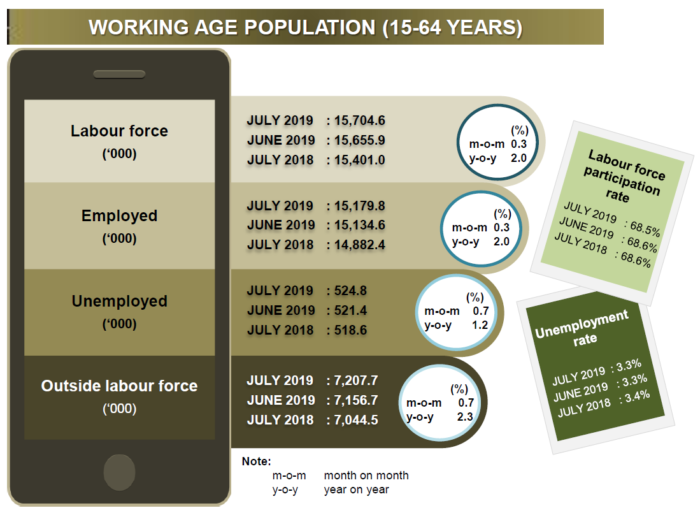 How mothers returning to work are supported in Singapore

A survey has found only 9% of executives are satisfied with the way they spend their time. What can you do about it?..

The labour market is undergoing unprecedented structural changes that will fundamentally change the way we work...