Singapore has yet again taken the top spot for quality of living in Asia, revealed Mercer's 21st Annual Quality of Living survey.

The island nation was followed by five Japanese cities - Tokyo, Kobe, Yokohama, Osaka, and Nagoya - with Hong Kong and Seoul coming soon after.

Mario Ferraro, Regional Practice Leader for Mercer Global Mobility – Asia, Middle East, Africa & Turkey, said: "As part of Singapore's Smart Nation vision, the city is continuously improving the standard of living of its residents with greater connectivity and sustainability of resources. Considering its relatively small geographic footprint and the scarcity in resources, Singapore has had to think differently to remain competitive against neighbouring emerging markets. We continue to see huge forward-thinking policies that have enabled Singapore to develop economically and infrastructurally, bringing benefits to its residents, whilst making the city Asia’s most attractive destination for foreign talent."

In South East Asia, other notable cities include Kuala Lumpur, Bangkok, Manila, and Jakarta. While cities that stood out in mainland China were Shanghai, Beijing, Guangzhou, and Shenzen. In Southern Asia, Colombo topped the ranking, followed by Indian cities of Hyderabad, Pune, Bengaluru, Chennai, Mumbai, Kolkata, and New Delhi.

In East and South East Asia, Singapore topped the list for personal safety while Phnom Penh ranked the lowest. While in Southern Asia, the Indian city of Chennai was ranked the safest, whereas Karachi was the least safe.

New Zealand and Australia continue to rank highly in quality of living, with Auckland, Sydney, Wellington, and Melbourne all remaining in the top 20 globally. Australia's major cities all rank within the top 50 for safety, with Auckland and Wellington topping the safety ranking for Oceania.

Mercer's survey assessed more than 450 cities worldwide with the ranking including 231 of these cities.

Globally, Vienna tops the ranking for the 10th year running, closely followed by Zurich. In joint third place are Auckland, Munich and Vancouver – the highest ranking city in North America for the last 10 years.

“Strong, on-the-ground capabilities are integral to the global operations of most international businesses and are in large part driven by the personal and professional wellbeing of the individuals that companies place in those locations,” said Ilya Bonic, Senior Partner and President of Mercer’s Career business. “Companies looking to expand overseas have a host of considerations when identifying where best to locate staff and new offices. The key is relevant, reliable data and standardised measurement, which are essential for employers to make critical decisions, from deciding where to establish offices to determining how to distribute, house and remunerate their global workforces.” 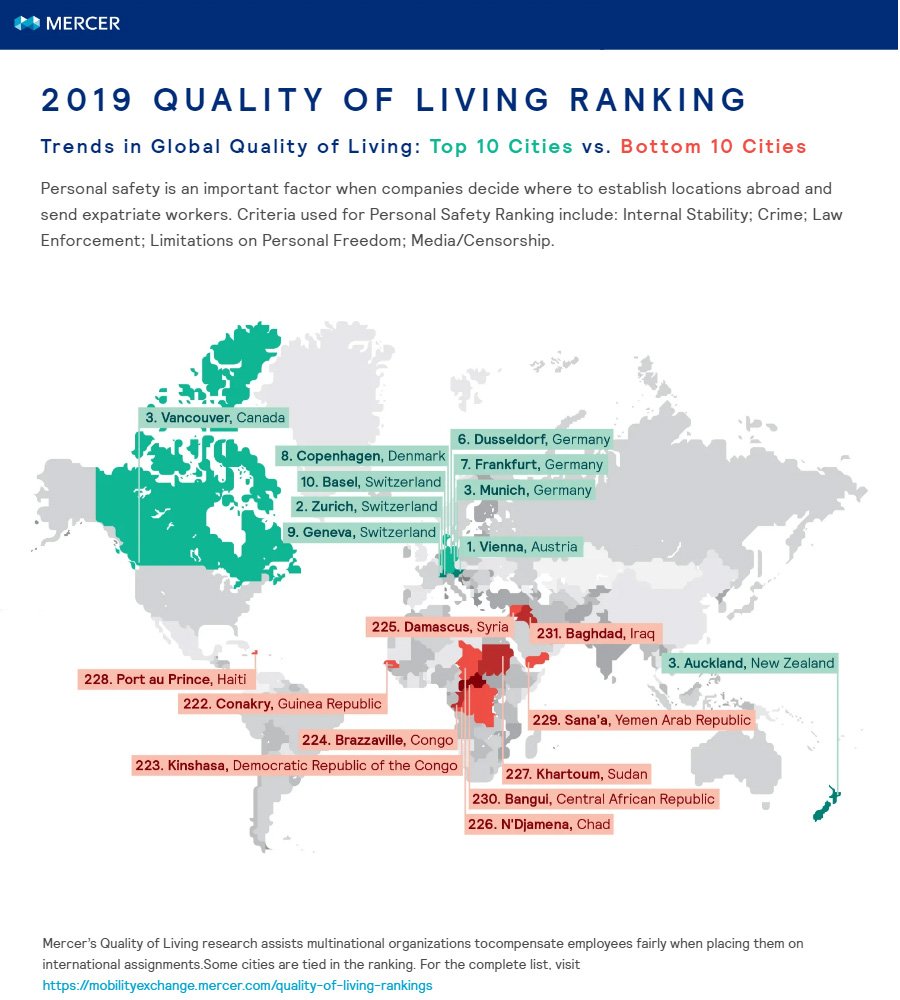 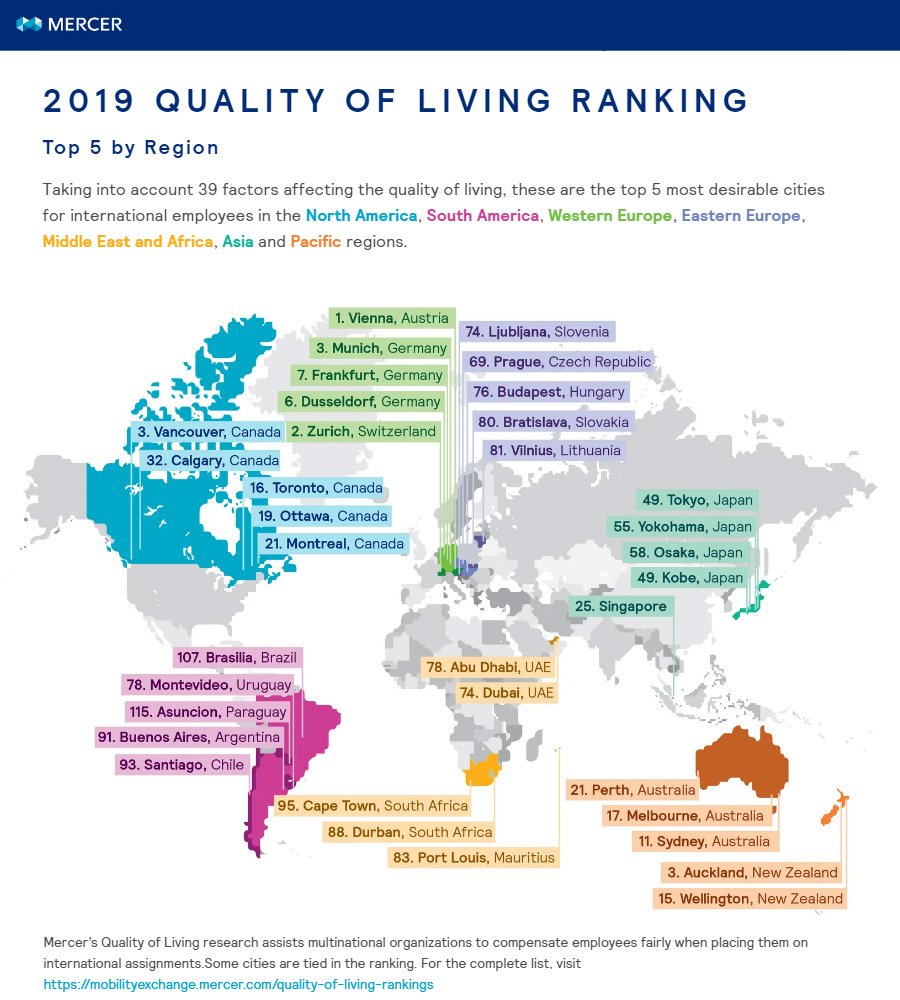