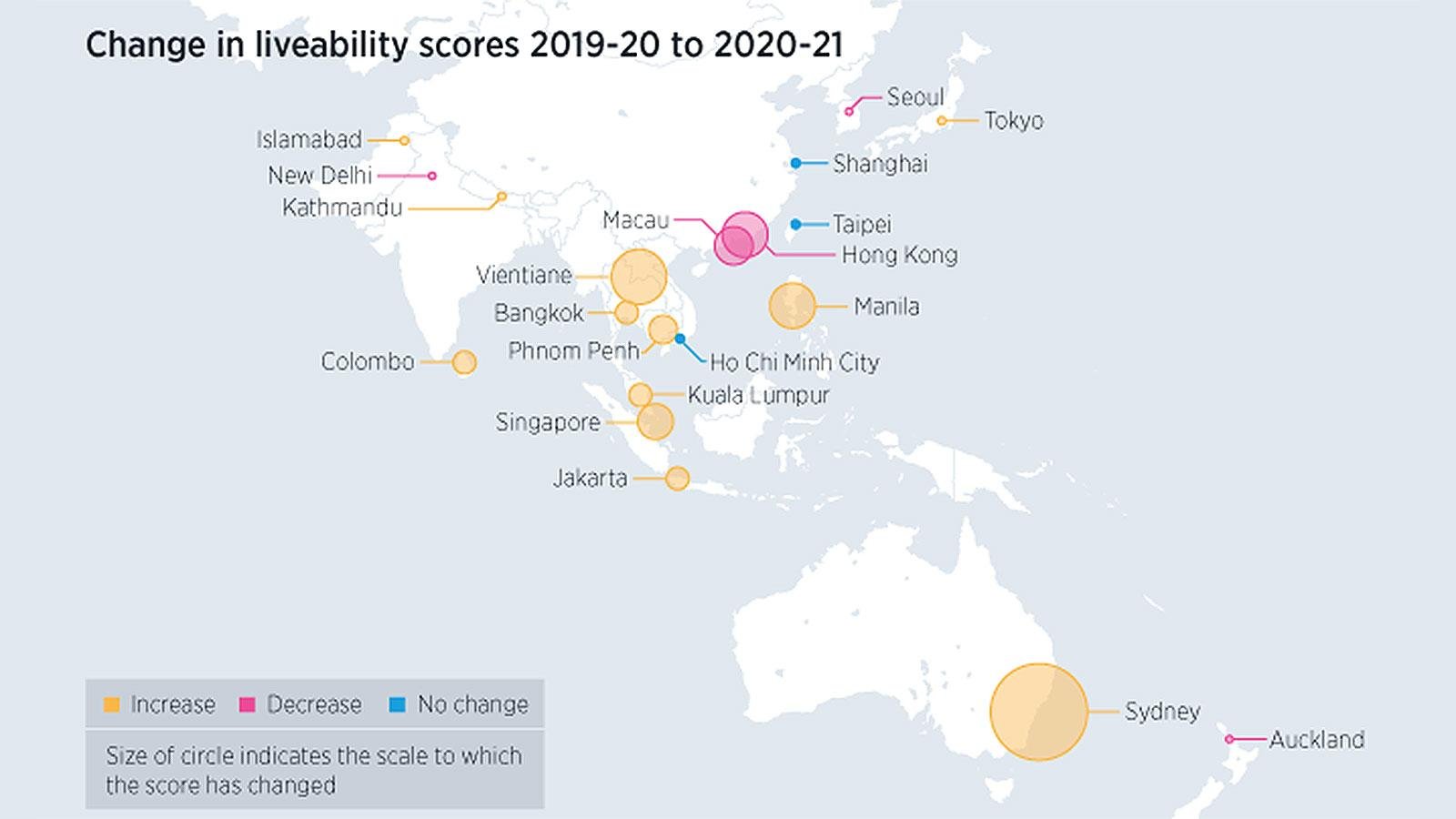 Singapore has taken the top spot for the 15th year, followed by Wellington, New Zealand which rose up five places. The Japanese cities of Nagoya, Osaka and Tokyo retained the third spot.

Singapore has once again taken the top spot as the most liveable city for East Asian expatriates, a position it has held on to since 2005, ECA International's latest Location Rankings research (2020/21) has revealed.

Citing the contributing factors, Lee Quane, Regional Director - Asia, ECA International, said: "Singapore is top of the liveability rankings for the 15th year in a row as its superior infrastructure, low pollution and large expatriate communities continue to appeal to overseas workers.

"Moreover, while Singapore imposed a circuit breaker to manage the outbreak of COVID-19 within its borders in 2020, the scale of its lockdown was less severe than other locations in the region."

Wellington, New Zealand came in next, rising up five places from the year before; followed by Nagoya, Japan, Osaka, Japan and Tokyo, Japan which all retained the third rank.

Among the top 20, Australian cities have seen a 'notable' drop in rankings, with Brisbane falling from second place to 12th, and Adelaide dropping from seventh to 14th place.

While this was so, the list of top 20 cities saw new entrants too - including Gothenburg, Sweden which rose from 24th to 12th place, Vancouver, Canada which climbed from 27th to 17th place, and San Francisco, US, which moved up from 36th to 17th place.

Overall, the top 20 most liveable cities for East Asian expats are:

For APAC cities outside of the top 20, Hong Kong saw a significant rebound in rankings, taking up the 58th spot this time, up from 93rd place in the previous year. According to the research, a reason for this was that the impact of the Covid-19 pandemic on the city had been softened by the fall in socio-political tensions and crime rates. [More details on Hong Kong's performance in the rankings here]

At the same time, Taipei, Taiwan has retained its spot in 46th place.

On the global front, major European cities have witnessed a 'significant' drop in liveability rankings, dealing with the impact of COVID-19 restrictions, with Paris dropping out of the top 100 for the first time. Rome and Lisbon also dropped over 20 places from the previous year.

In contrast, cities in the US have moved up the rankings, with eight US locations making it to the top 50 most liveable locations and 27 in the top 100, possibly due to fewer restrictions placed in these areas towards the end of 2020. However, the 'lack of strict measures' in many US states meant the country's scores remained mostly the same as last year's, Quane noted.

The Lebanese capital Beirut saw the biggest change in ranking after falling over 40 places, placing the city outside of the top 200 locations. Quane explained: "Beirut experienced a tragic explosion in August last year, resulting in significant loss of life and extensive damage to property and buildings.

This impacted liveability scores in various ways – with housing and the availability of goods and services being affected, as well as the socio-political score worsening due to pandemic-related restrictions. The city also saw widespread protests in the city aimed at the government’s perceived weak response to the crisis, as well as the deteriorating economy."

Readers' Survey 2021: We'd like to hear from you! Please let us know what content is most valuable to you in 2021 by taking our 3-minute survey now. Thank you, readers!