Ranking: The best cities for women entrepreneurs in APAC

Cities in the Asia Pacific region are improving alongside all other cities globally in their ability to foster growth for women entrepreneurs.

The median WE Cities score by APAC region improved by a score of 0.7, compared to 3 in Europe and 0.9 in North America. APAC cities mainly fell behind in the pillars for culture and markets.

Australian cities, Sydney and Melbourne, topped the ranking in the APAC region, with Singapore, Hong Kong, and Taipei rounding up the top five. Among the 13 APAC cities in the ranking, Kuala Lumpur came in 10th while Jakarta came in 12th.

Zooming in on Singapore, talent and technology are the city’s strongest pillars, having made significant improvement in both. Among the 50 global cities, Singapore moved from 17th to 11th place in 2019 for talent and moving from 10th to 6th place in technology. When it comes to forecasted economic growth rate over the next five years, Singapore came in second in improvements.

Other key findings for the city include:

“When more women work, economies grow. Technology is helping to drive this progress as a gender-neutral enabler, and helps create a level playing field. Whilst all cities in the Index have improved, the crucial factor is the consistency of this improvement across the different factors that impact women entrepreneurs’ success,” said Amit Midha, president of Asia Pacific & Japan, Global Digital Cities at Dell Technologies. 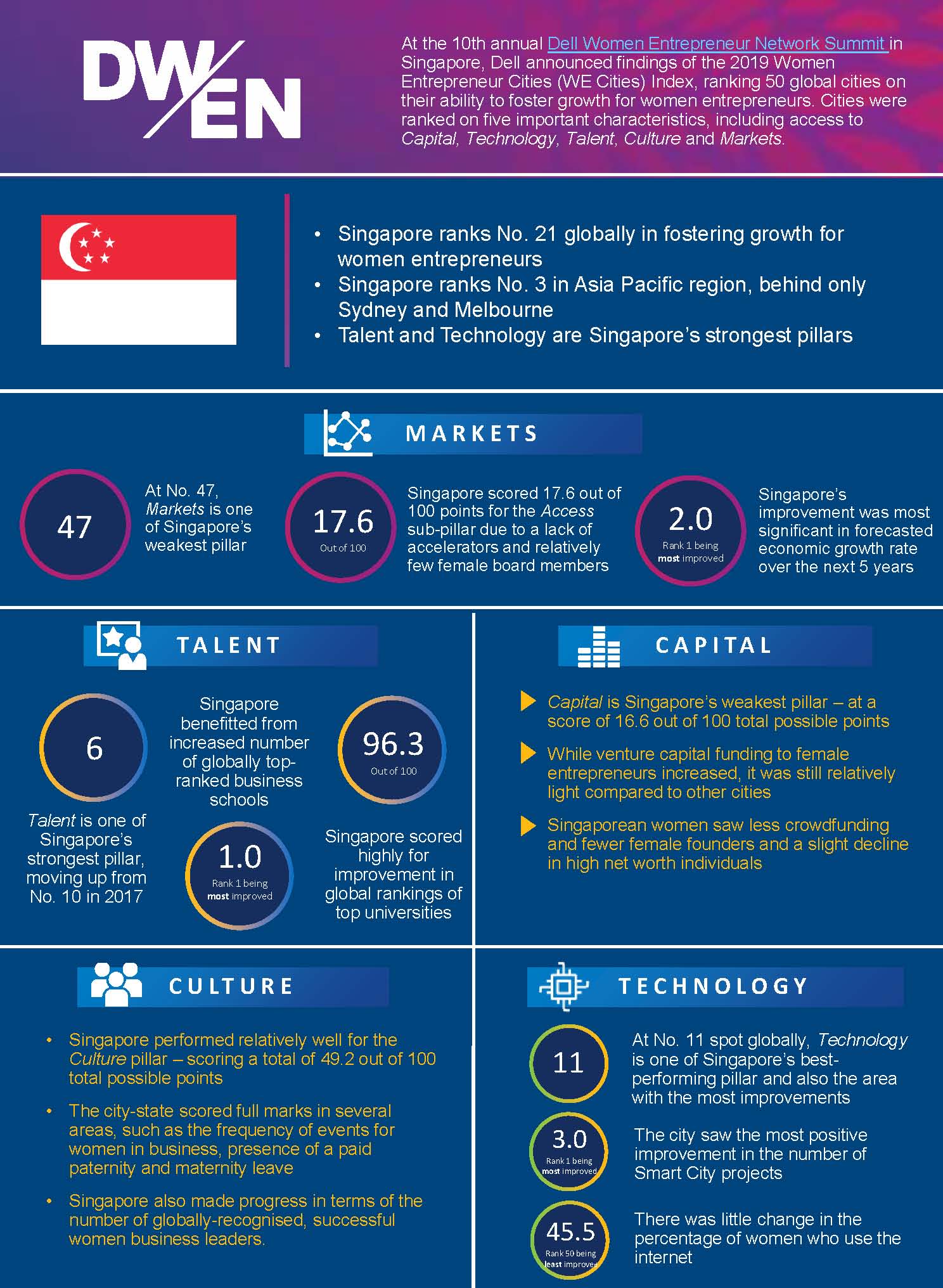 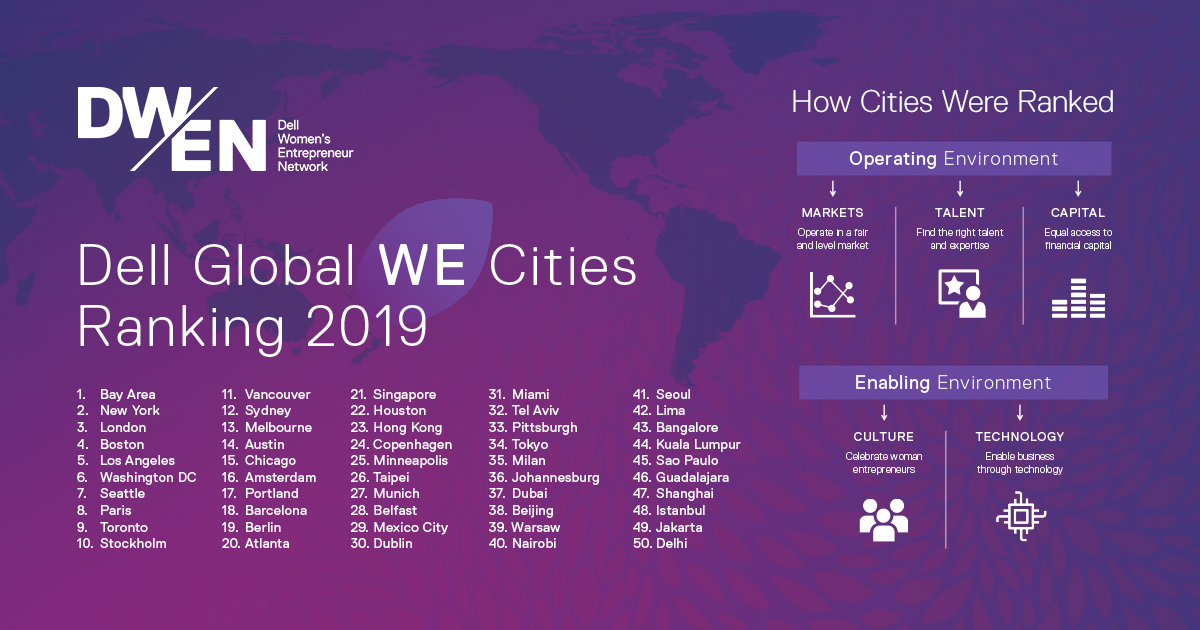 For the 2019 Women Entrepreneur Cities (WE Cities) Index, Dell partnered with IHS Markit to research and rank 50 cities on five important characteristics, including access to capital, technology, talent, culture, and markets. These pillars were organised into two groups — operating environment and enabling environment. The overall rating is based on 71 indicators; 45 of which have a gender-based component. Individual indicators were weighted based on four criteria: relevance, quality of underlying data, uniqueness in the index and gender component.

Top five future workplace trends: And how HR can adapt

It might soon be illegal to call your co-workers fat

The law aims to ensure bosses can't refuse to employ or promote people because of their weight, and help negate pay gaps...

Global demand for project managers on the rise

The global economy has become more project-oriented, as the practice of project management expands within various industries...

Apart from being fined, their work permits will be revoked, and they will be barred from entering and working in Singapore...

The 11-idea checklist for small wins in employee wellness

A surprise winner in the globe's most on-time carrier, while six of the top 10 airlines on the list are based in the Asia Pacific ..