Spanning across across three floors of the prestigious  Centennial Tower, in the heart of the Singapore’s central business district, the custom-designed office space houses the hospitality company’s growing corporate workforce who support its expansion in Asia Pacific.

From the new headquarters, Hilton will manage its five sub regions of Asia Pacific, from India to Japan, China and Australasia. Centennial Tower is also home to its Southeast Asia office.

In a media release, Alan Watts, President, Asia Pacific, Hilton, said: “With the move, we are creating a more inspirational and inclusive environment for our team members. In line with our momentum of creating a great place to work for all, our office will not just be a place to work, it will be a place we can call home.”

Reflecting the aspirations of the hospitality brand, the office boasts a futuristic new façade, breath-taking ocean views, spacious communal areas and modern meeting facilities with the latest technology. It sits adjacent to Millenia Walk and is part of the Millenia Singapore development with transport links and an abundance of shopping and food and beverage outlets close by. 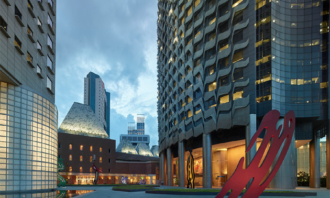 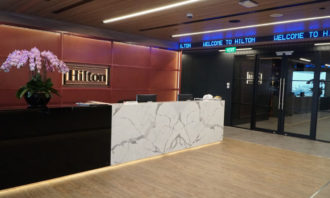 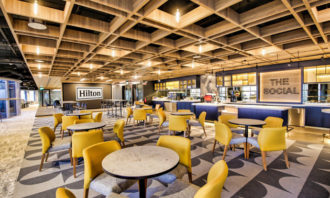 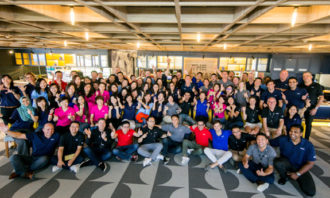 The Singapore office move complements similar moves in other corporate locations with a recent move being into a brand-new space in Delhi, now located at the premium Horizon Towers office complex opposite the DLF Golf Club.

With an ethos to provide an environment along with the necessary infrastructure for all team members to thrive, relax as well as enhance their productivity during time spent in office; the India office has been conceptualised and created to enhance the social collaboration and interaction amongst team members and with guests.

In a media release, YITU noted attracting top talent is among its top priorities for the new R&D centre as it seeks to build its talent capital. Plans include rolling out an AI hackathon open to local tertiary students to bring in the next generation of AI talent.

Emphasising the centre’s focus on nurturing talents and strengthening local AI capabilities and skillsets, Dr Zhang Zhenjie, R&D Director of YITU Singapore said: “The R&D Centre will provide a platform for local AI talent from both academia and industry to translate cutting-edge research into innovative AI technologies and solutions that create a better quality of life for citizens, from smarter healthcare to improved infrastructure.”

The YITU Singapore R&D Centre intends to work closely with industry partners, local universities and research institutes to carry out pioneering R&D and has started to explore collaboration opportunities with local partners. Initiatives include conducting trials with industry partners such as Keppel Land and working with Nanyang Polytechnic to boost industry-relevant AI education and research.

Other areas of focus include: 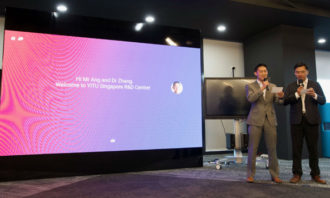 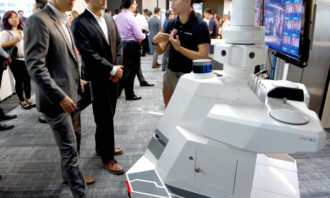 In a similar development, Lufthansa Innovation Hub (LIH), the digitalisation and innovation unit of the global aviation group Lufthansa Group, opened its first office outside of Germany in Singapore on Monday, 28 January.

In a media release, LIH noted, the local team currently being set up in Singapore is building on close cooperation with the existing Asian-Pacific organisation of the Lufthansa Group on site to benefit in particular from their local market expertise and existing networks.

This expansion is a strategic response to the rapidly increasing importance of the Asian technology sector for the future of travel and mobility.

The focus of the LIH Singapore will initially be on an in-depth exploration of specific market developments in the context of the digitalisation of travel and mobility, as well as on establishing a network of relevant tech players and the first strategic partners on site. This is the first initiative of its kind by a Western airline on the Asian continent.

An alliance with INSEAD has already been launched and further collaborations are currently explored with established players in the market.

LIH plans to open an additional office in Shanghai, China, over the course of the year. 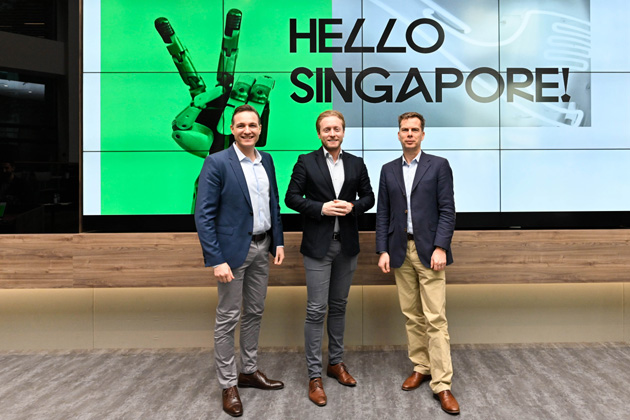 Will vs Skill: Hiring suitable talent for long-term growth

If your best hiring decisions have backfired, you might need to look for passion, initiative and self-learning, rather than just s..

While foreign workers will be eligible for medical and disablement benefits, they would not be covered by the Invalidity Pension S..

HR is still grappling with lack of technology and shrinking budgets. How can these be overcome to boost the function's efficiency ..

Respondents also felt there should not be mandatory retirement, in order to finance the increased number of years in retirement. ..

5 reasons Singaporeans are still not happy

We need to earn at least $10,000 a month to be happy, and Singaporeans who are about to retire are the most miserable of all. ..