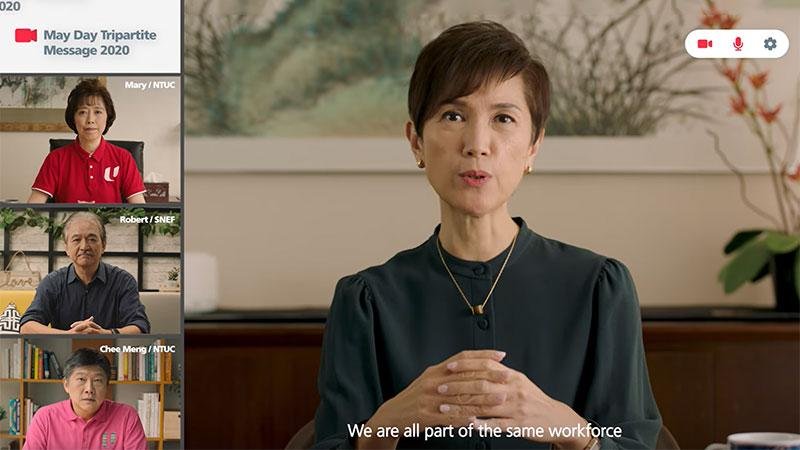 Singapore's Minister for Manpower, Josephine Teo, has issued a statement reviewing the Ministry of Manpower's (MOM) initiatives to fight COVID-19 on the economic as well as public health front, covering support for both Singaporeans and migrant workers.

On the economic front

Following are some highlights of the initiatives shared:

Minister Teo noted that not all employers have been impacted to the same degree. "Those in better shape financially should use all the government support to provide their employees with a more generous baseline wage. Others who are financially stressed and face poor business prospects should be frank with their unions and employees."

"One thing is clear: employers should not act unilaterally and put their employees on prolonged no-pay leave or reduced pay, without their consent."

Initiatives for hiring and job support:

She noted: "We recognise the many efforts by businesses and workers to adjust to the new situation as it evolves, and help one another weather the storm. As much as we can, MOM will continue to work with our sister agencies to support businesses and protect livelihoods."

On the health front

Minister Teo shared some context: "We work mainly in the economic and social spheres. Workplace safety and health has always been high on our agenda. Now, it has taken on new meaning."

A timeline featuring some of the highlights of initiatives taken in this regard:

How did the virus later spread among migrant workers?

Minister Teo provided a timeline and explanation on this in response to queries by present Ministers:

Given the last update, MOM has been working on a three-pronged strategy: Contain the spread of the virus in the dormitories where clusters have formed; prevent spread in those with no cluster, and move out and test all workers who are still needed for essential work.

The first phase of the Taskforce:

The second phase of the Taskforce:

Are these measures working?

"The situation within the 43 PBDs is largely stable now. The picture among the thousand plus FCDs and CTQs is much more mixed and taking up much bandwidth," Minister Teo shared.

"In many dormitories, there is active case-finding and swab exercises so that we can isolate and treat infected workers, and break transmissions. Most of the workers are well and those tested positive are on the path to recovery. The full results of these efforts will however take time to show."

However, she clarified that outside of the dormitories, another concern was identified. Infections among workers in the Construction sector were noticeably higher than the general community, and have not tapered off - thus the introduction of the mandatory SHN for this sector, which has been put in place for a total of four weeks, or two incubation cycles.

The third phase is about getting the recovery right. "This involves building up community recovery facilities (CRFs) and housing recovered workers in suitable accommodation to minimise the risks of recurrent transmissions," said Minister Teo.

This involves several steps, such as:

In conclusion, she shared: "The Taskforce is focused on getting its job done. Altogether, they are looking after about 400,000 migrant workers, bigger than the size of two Ang Mo Kio GRCs! This is just mind-boggling, if you think about it."

"In every phase, the situation has demanded a scale and speed of response that is unprecedented. The Taskforce is keenly aware of its mission. They know it is critical to get things right, and to do it with heart. We will fulfil our commitment to the workers and pave the way for work and business to resume safely when conditions allow."

"We have said right from the beginning that we have a responsibility to our migrant workers. Many of them made personal sacrifices to come to Singapore to work and have made significant contributions which we appreciate deeply. We will do everything within our means to make sure that they too win the fight against COVID-19, and reunite with their families in time to come."