Malaysian employers’ levy for each foreign worker reduced to 20%

Employers in Malaysia will only have to pay 20% of the annual RM10,000 levy for each foreign worker who has been employed for more than 10 years, said finance minister Lim Guan Eng, during his keynote speech REHDA Institute CEO Series 2018 (Annual Property Developers Conference) on Monday (24 September).

The policy is only applicable for skilled foreign workers who opt for a permit extension of a maximum of three years, Lim said, as reported in The Edge Markets. As of now, employers pay the entire RM10,000 levy a year for each foreign worker, according to New Straits Times.

In December 2017, Malaysia Human Resources Ministry released a statement indicating the implementation of a new policy,where all employers must bear the cost of levy payments for new foreign workers as well as foreign workers who have renewed their Temporary Employment Visit Pass (PLKS).

“We have received complaints and we understand that this (levy) is quite a heavy burden, so we have tweaked it to a 80-20 share, (under) which 20% [is to be borne] by employers and 80% by foreign workers,” Lim said, as reported by The Edge Markets. The levy will enable the government to collect about RM1 billion in revenue for about three years, he added.

A Mateen, VP of HR at DHL Express Southeast Asia, asks if you're are focusing enough on your employees so they are able to give th..

Are HR departments too poor to be more ‘strategic’?

Only 27% say they work on business strategies, with most saying lack of finances is the top barrier stopping them from doing so...

An abundance of new projects are creating a big demand for project managers, surveyors, designers and civil engineers. ..

Reading between the lines of talent analytics

It is no secret a global shift in talent analytics is happening, but is there more to it than what we’re seeing?..

5 million jobs are expected to be terminated by 2020

Office and admin jobs are to be the hardest hit, due to the rise of robots, artificial intelligence and 3-D printers. Is your job .. 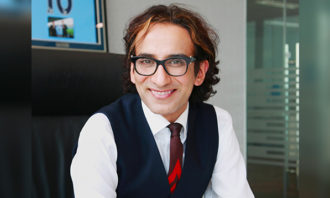