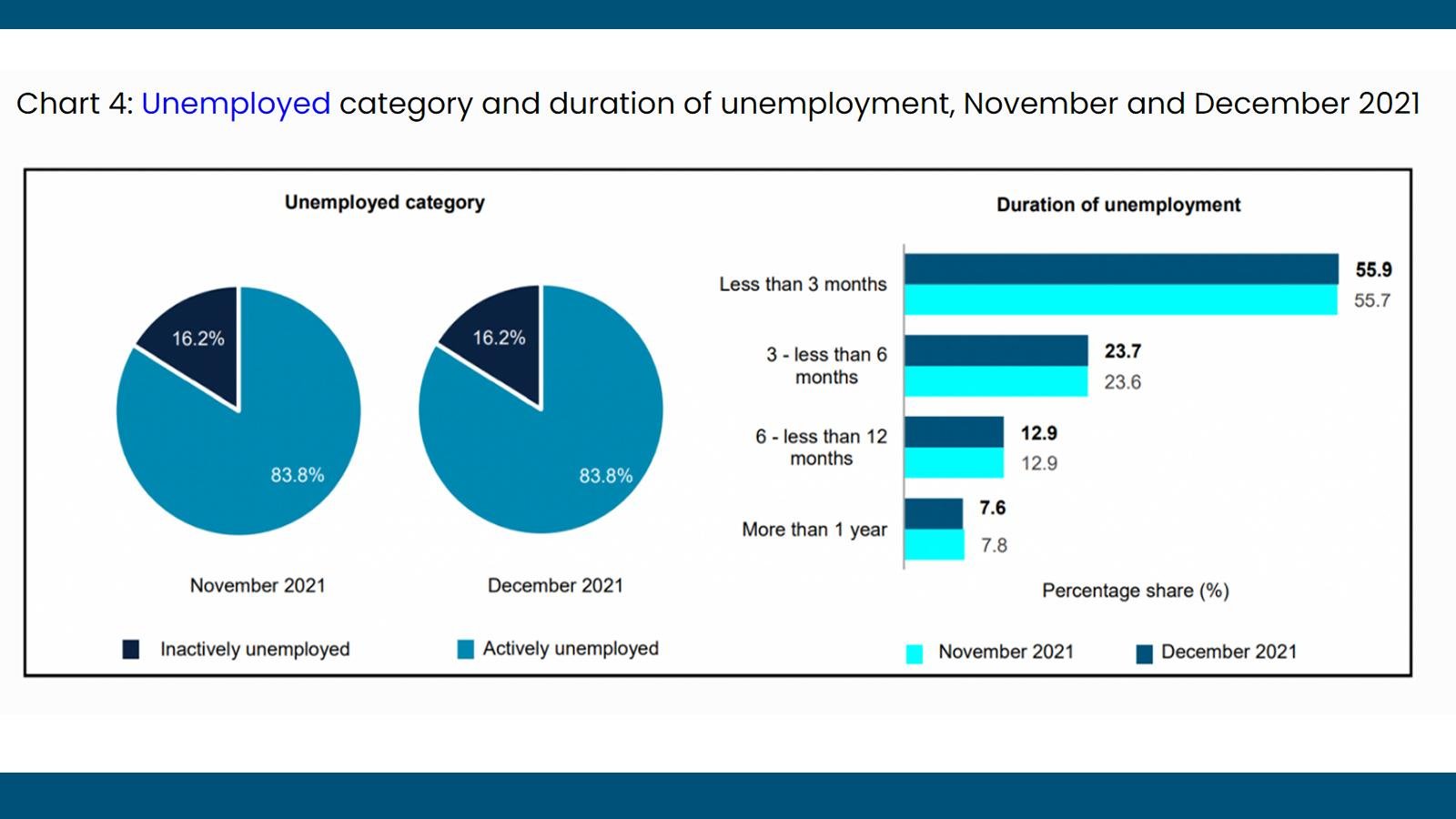 With more businesses and social activities continuing to operate in December 2021, Malaysia's labour force situation was able to recover modestly, the Department of Statistics noted on Tuesday (8 February 2022).

According to the Key Statistics of Labour Force in Malaysia, December 2021, this thus allowed for "healthy" growth in employment in the month, while unemployment further decreased.

The number of employed persons continued on an upward trend

Per the statistics, the number of employed persons recorded in December remained on an upward trend. In particular, there were 38,300 more people employed than in November, standing at 15.65mn employed persons (a 0.2% growth).