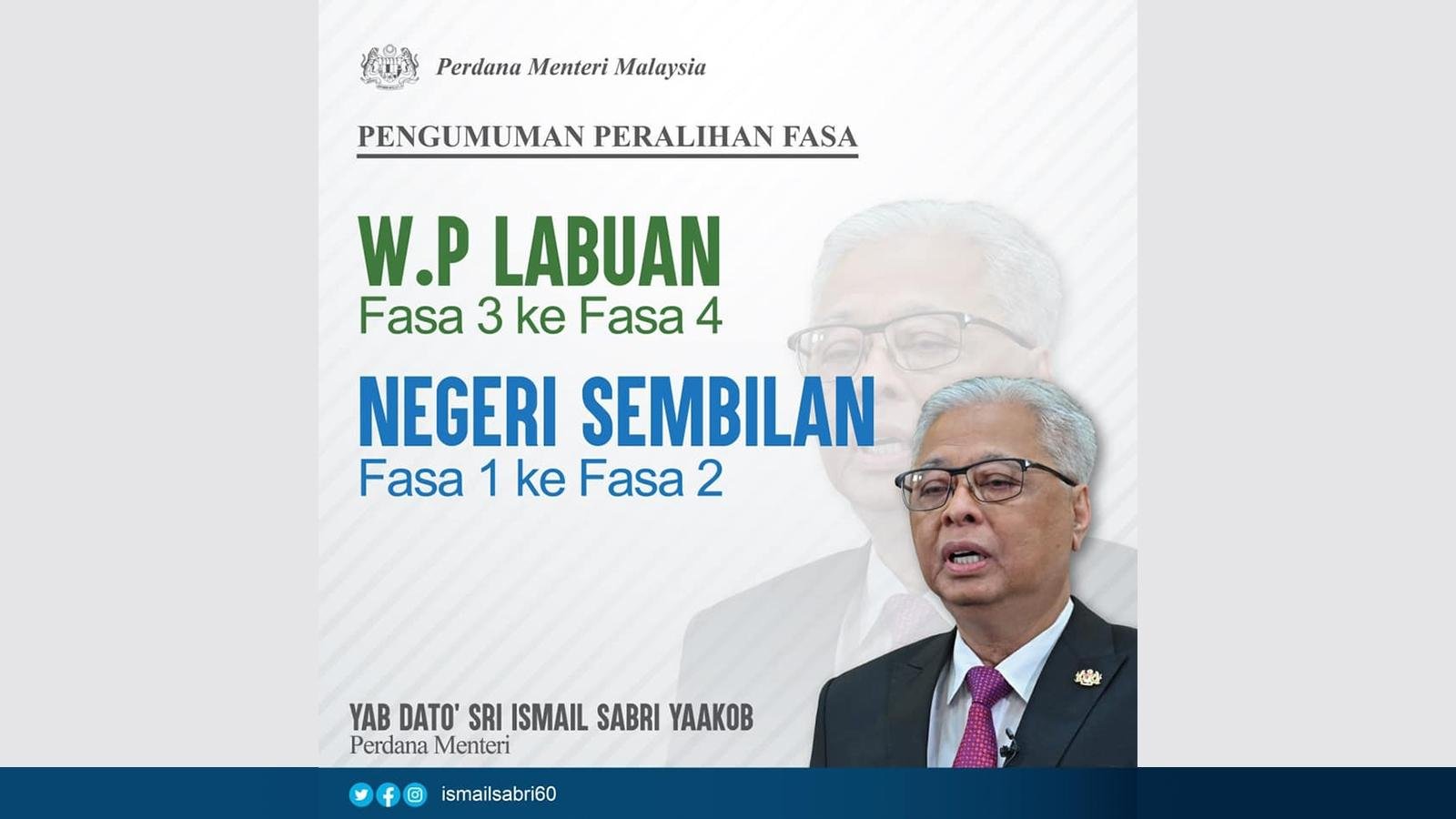 PM Ismail Sabri Yaakob has said that the public health strategies and policies under the NRP have "shown positive effects and the benefits will be enjoyed by other states throughout Malaysia in the near future." Read on for a brief on what's allowed in Phases Four and Two.

In a statement on Tuesday (24 August), Prime Minister Ismail Sabri Yaakob said that the public health strategies and policies under the NRP have "shown positive effects and the benefits will be enjoyed by other states throughout Malaysia in the near future."

In Labuan, he shared, based on the two-dose complete vaccination rate under the National COVID-19 Immunisation Program (PICK), the federal territory has achieved 92.4% cluster immunity for the adult population. "This is supported by data showing the trend of daily COVID-19 positive cases in Labuan which has declined to one digit consistently for 12 consecutive days.

"In fact, the bed utilisation rate in the Intensive Care Unit (ICU) in Labuan has now dropped to zero compared to 30% in the previous month."

Thus the move to Phase Four, as determined by the National Security Council (MKN) and based on advice from the Ministry of Health (MOH).

In this Phase, among concessions made, residents of Labuan are to note the following:

Meanwhile, PM Ismail has noted that for Negeri Sembilan, the condition of COVID-19 has also improved by showing a downward trend in ICU ward usage, from more than 120% capacity at the end of May, to less than 40% on Monday (23 August).

"This development is in line with the achievement of a higher vaccination rate of 72.3% of the adult population who have received two doses. This shows that Negeri Sembilan is on the right track to achieve cluster immunity targets in the near future."

In this regard, the state will be transitioning from Phase One to Phase Two, also decided by the MKN and on the advice of MOH.

SOPs for residents in the state include: