Here are the major promotions and job moves in the world of HR.

If you’ve been promoted or if you’ve moved to a new company, send us your profile and photo and we will announce your news here – just email aditis@humanresourcesonline.net.

With over 20 years of experience, David Boubil has joined the team at digital telco, Circles.Life as Head of Talent Acquisition, based in Singapore. After the investment from EDBI and the Founder’s Fund, Circles.Life has expanded its engineering team by almost 50%. Thus, David joins the company to build the acquisition team to support headcount growth across all departments, including the engineering team and the regional tech hub.

He was previously with iflix, a subscription video-on-demand service as Director, Technology Recruiter, building its team.

The appointment follows the company’s launch in Australia and Taiwan, and sees two other key appointments – Dhanush Hetti, leading the engineering department, and Anupam Mathur, leading strategic business development – as the company continues to scale across markets and consumer verticals.

Having worked at animal health company, Elanco since January 2014, Priscilla Tan has taken up an enhanced role as Senior Director-HR, Asia Pacific. In this role, she is the regional HR for the APAC region, covering strategic planning, directing, and functional business partnering to drive talent capability building across the region. She is based in Kuala Lumpur.

She has held regional organisation effectiveness as well as compensation & benefits lead roles prior to moving into general HR management Lead roles. She has also championed culture transformation and led major optimisation initiatives in emerging markets, besides achieving the ‘best team’ recognition by the business.

Kanyanin Burapachanok appointed Director of HR at The Naka Island

The Naka Island, a Luxury Collection Resort & Spa, Phuket has welcomed Kanyanin Burapachanok as Director of Human Resources, based in Phuket. She comes with a demonstrated history of working in the hospitality industry, and is skilled in HR management, HR development, staff relations, and compensation & benefits.

Sabu Raghavan has been appointed by Hilton as Vice President, Human Resources, India. This new role will see him focusing exclusively on India, working closely with Hilton’s leadership team to drive culture and talent development among team members.

Based in the Gurugram office in India, Sabu will report to Lara Hernandez, Senior Vice President, Human Resources, Asia Pacific and will work closely with the India leadership team and lead the HR strategy for India.

With over two decades of experience in HR in the education and hospitality industry, Sabu joined Hilton in 2011 and was most recently based in Singapore where he oversaw HR for Southeast Asia and India.

Navjit Ahluwalia, Country Head & Senior Vice President, Hilton, India, commented: “We are thrilled to have Sabu take on the HR reigns in India to further our commitment to strengthening our purpose-led talent strategy and cultivating a diverse work environment for our team members as we continue to grow.”

Hilton has appointed more than 10 senior leaders from across industries in the last two years to lead different functions and roles in India. It  also moved into custom designed offices in Gurugram in 2019. 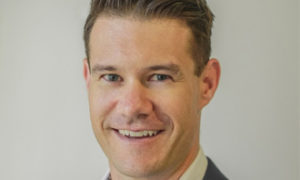 Global advisory, broking and solutions company, Willis Towers Watson, has appointed Luke Ware as Country Leader for Indonesia, in addition to his current position as Head of Corporate Risk and Broking in Indonesia. Based in Jakarta, Luke reports to Vivek Nath, Managing Director, Head of Southeast and South Asia, in Willis Towers Watson (WTW).

In his new role, Luke is responsible for overseeing 140 colleagues in Willis Towers Watson Indonesia, delivering client-focused solutions. He will also work closely with business leaders from various business segments across WTW to identify a clear sales and client management strategy to grow the company’s footprint and attract new clients in the country.

Commenting on Luke’s appointment, Vivek said: “With an aggressive growth agenda, the Indonesian economy is primed for growth and we’re confident that Luke will work with our network of colleagues across WTW to bring the best of our risk, people and capital solutions to a growing Indonesian client base.”

Prior to his current appointment, Luke has held several leadership roles across WTW’s Corporate Risk & Broking business in Southeast Asia and Australia over the last 10 years. Luke started his career in JLT where he spent more than eight years working in Australia and the United Kingdom.

If you’ve been promoted or if you’ve moved to a new company, send us your profile and photo and we will announce your news here – just email aditis@humanresourcesonline.net.

“Problematic” to allow hijab for some jobs

The Minister in charge of Muslim Affairs has urged the Malay-Muslim community to be patient as the government discusses the ongoin..

23% of new jobs are expected to be created from digital transformation while 43% of organisations believe young talent is adequate..

The coveted title has been earned by ManpowerGroup, which has demonstrated leadership in all areas of recruitment...