Famous writers give their work-from-home tips 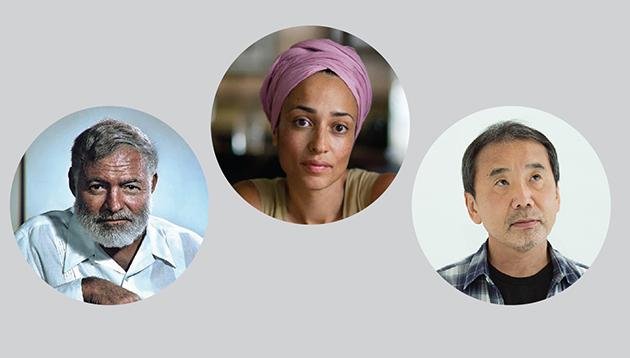 The lot of the novelist is a lonely one. An advantage they have in a work-from-home situation is that for them, this is their modus operandi. The process they work by day in and day out. And many have built up effective strategies to maximise the efficiency of working from home.

Here some of the world’s greatest and most famous novelists – past and present – give their tips on how adapt to a home office productively and healthily – without going completely bonkers.

Do the hard things first
Nobel-prize winner Ernest Hemingway (who penned such classics as A Farewell to Arms and The Old Man and the Sea) began writing at 6am each morning and had the fairly consistent routine of a mid-level accountant – not the boozy lion-hunting wild man he was famed for in his non-writing life.

“When I am working on a book or a story I write every morning as soon after first light as possible. There is no one to disturb you and it is cool or cold and you come to your work and warm as you write,” he told the Paris Review.

If working from home, it’s best to start with the big tasks for the day, such as presentation you need to finish, as early as possible. If you have caring responsibilities – such as looking after a buzzing brood of young children – some things are going to be out of your control, but you’re going to be at your freshest in the morning.

Once you’ve got the tasks that require the deepest thought out of the way, you can switch to the smaller, more reactive tidbits.

Lock in a routine and stick to it
Writers who are in the zone will have a schedule that wouldn’t look out of place in the army. They get up at the same time each day, have a word count goal (500 words a day for James Bond’s creator Ian Fleming), a time to shut down their laptops, a time set aside for exercise and a time to reward themselves.

Even interactions can be scheduled. As Graham Greene (The Quiet American) wrote in The End of the Affair, “When I was young not even a love affair would alter my schedule. A love affair had to begin after lunch.”

Kurt Vonnegut (Slaughterhouse-Five) in a letter to his wife outlined his daily routine, “I awake at 5.30, work until 8.00, eat breakfast at home, work until 10:00, walk a few blocks into town, do errands, go to the nearby swimming pool, swim for half an hour, return home at 11.45, eat lunch at noon. In the afternoon I do schoolwork, either teach or prepare.”

The internet is your enemy
Social distancing would be a lot harder without the internet. But if you’re going to be effective, you’ll need to quarantine yourself from social media and chatting with friends.

Novelist Zadie Smith (White Teeth) doesn’t own a smartphone, while Jonathan Franzen (The Corrections) writes in a room without Wi-Fi and tapes up the ports on his computers so he is not tempted to jump online.

“If I could control myself online, if I wasn’t going to go down a Beyoncé Google hole for four-and-a-half hours, this wouldn’t be a problem. But that is exactly what I’ll do. It’s not some kind of high moral ground, it’s that I so want to write, that I just have to get it done. And everything else has to take a back seat,” said Smith in her Woman of the Hour podcast.

Exercise daily
Japanese novelist Haruki Murakami (Norwegian Wood) could only get through the grind that is a writer’s confinement by committing to a rigid workout regimen.

Murakami said in a 2004 interview, “When I’m in writing mode for a novel, I get up at 4am and work for five to six hours. In the afternoon, I run for 10km or swim for 1500m (or do both), then I read a bit and listen to some music. I go to bed at 9pm. I keep to this routine every day without variation.”

While such a hardcore approach is not for everyone, some level of daily exercise is essential to keeping your mind and body sharp.

There’s even a tweet going around that William Shakespeare wrote the play King Lear while quarantining from the plague. Which shows just how much you can get done if you use your time wisely. Or at least you can finish your work day faster, so you can get back to reading your favourite writer. King Lear anyone?

Parts of this article first appeared in The Guardian