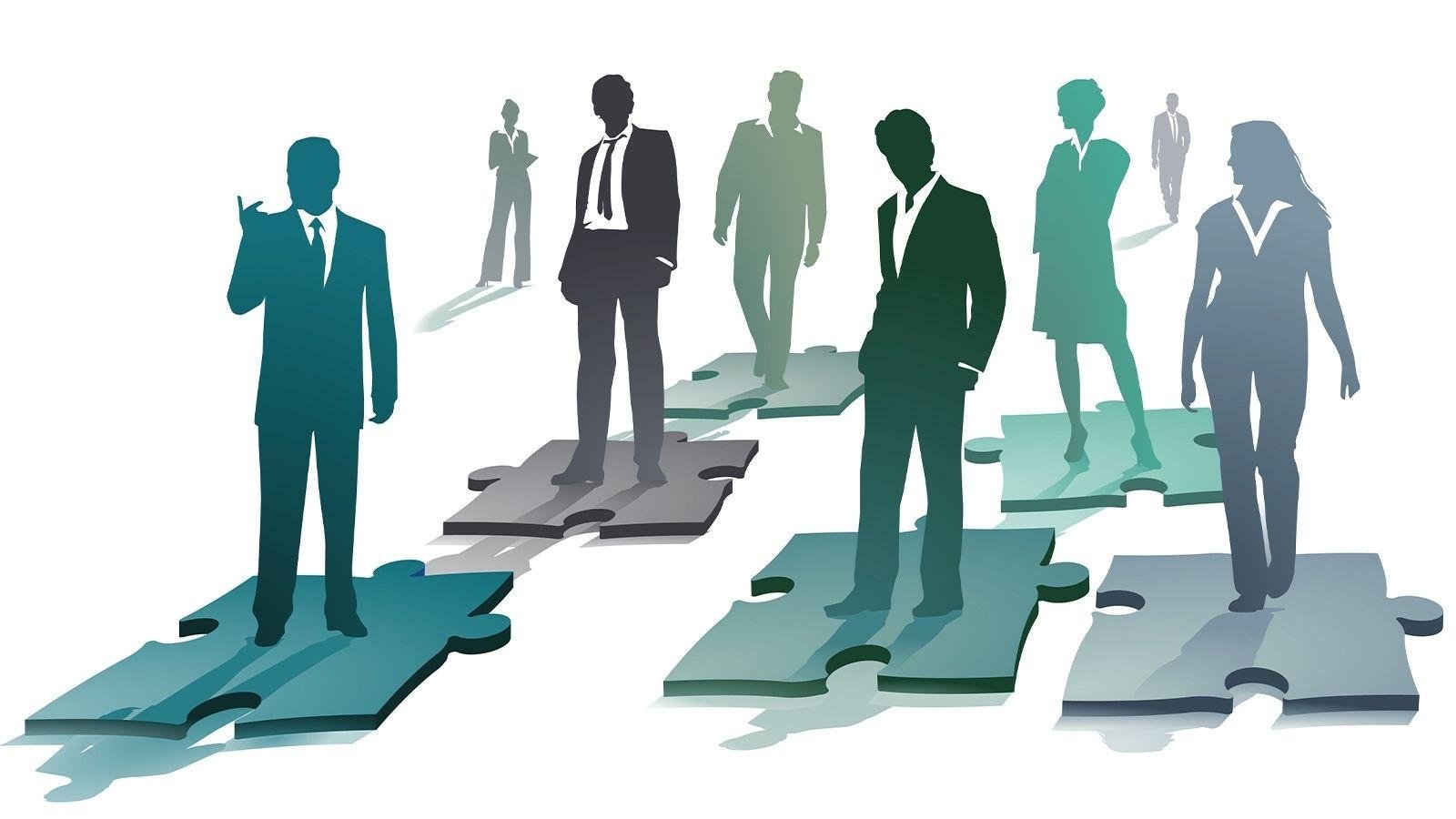 Amid challenging economic and political landscapes around the globe - which create a formidable mix of pressures that will affect businesses for some time to come - it is imperative that employers understand the drivers and potential impact of this shift, so that they can attract and retain talent to create stronger, more resilient businesses, according to Automatic Data Processing's (ADP) People at Work 2022: A Global Workforce View report.

At a glance, employers can note that, across regions such as Europe, North America, Latin America, and Asia Pacific:

Continue below to find Asia Pacific (APAC) findings, covering Australia, China, India, and Singapore, with regard to the five aforementioned bullet points.

Globally, about seven in 10 employees (71%) have contemplated a major career move in 2022, and there’s a sense that they’re questioning what job security means post COVID-19.

Report analysts discovered that employees today are thinking about "more than just a steady paycheck" as the pandemic has put personal wellbeing and life outside work into even clearer perspective than ever before, and intensified the desire for more amenable working conditions, including greater flexibility, remote work options or better organisational culture. Furthermore, employees are "increasingly interested" in a company’s ethics and values. As such it is crucial that employers are aware that: approximately three quarters (76%) would consider looking for a new job if they discovered their company had an unfair gender pay gap or no diversity and inclusion policy, for instance.

In terms of APAC, Indian employees are the most likely of any country studied globally to have considered a major career change in the last 12 months. Almost nine in 10 (88%) have done so, compared to 75% in Singapore; 68% in Australia, and 61% in China. According to the analysts, this may be due to only one in eight (12%) Indians and Singaporeans feeling that their job or industry is secure.

One interesting finding also revealed that Indians are "the most entrepreneurial" regionally, with almost three in 10 (29%) contemplating starting their own business.

Separately, flexibility of hours is important to 43% of employees in Australia; 42% in Singapore, and 31% in India, and China. "Enjoyment of the day’s work" was also found to be key for around two in five Chinese and Australian employees (39% and 38%) and a third in Singapore (32%), but only just over one in five in India (22%).

Looking at the importance of diversity, equity and inclusion (DEI), employees in India and China in particular would consider leaving if they discovered there was an unfair gender pay gap at their company or no D&I policy. On that note, the analysts believe that businesses in those countries are taking the lead on having DEI policies in place. Concerningly, however, it was highlighted in the report that more than one in five Australians and Singaporeans say that no one is driving gender pay equality and diversity and inclusion at their companies (22%), compared to around one in eight in India (12%) and in China (14%).

Employees, across the globe, are surprisingly upbeat about how they feel about work. In fact, nine in 10 (90%) say they feel satisfied in their current employment, although it is noteworthy that "they could be happier still" as there is a sizable data that some employees are only "somewhat satisfied". Meanwhile, optimism about the outlook for the workplace, while still slightly below pre-pandemic levels, is "also robust", according to the report analysts. As well, "hopes are high" for pay raises, with more than six in 10 employees (61%) anticipating one in the next year, and three quarters (76%) prepared to ask for one if they feel they deserve it.

That said, employers should note that meeting pay demands may not be enough to stop an exodus of talent - the drive to change jobs or move into industries believed to be "more resilient to economic shocks and downturns" is accelerating.

As for the APAC region, job satisfaction is said to be widespread, particularly in India, where data revealed that more than nine in 10 employees say they’re satisfied in their current employment. In Singapore, however, the feeling is more muted. There, less than a third (31%) describe themselves as very satisfied; while just over half (52%) are ‘somewhat’ satisfied (compared to 61% and 31% in India respectively). Similarly, despite feelings of insecurity around jobs or industry sectors in some quarters, optimism about the next five years in the workplace is strong, with 90% of India and China respondents feeling this way, though again, sentiment in Singapore is less bullish.

"This might suggest some people see any changes they may have to make to their careers as an opportunity, rather than a threat," the analysts said.

Another finding to note is employees in China are "extremely confident" about getting a pay raise, a bonus, or a promotion in the next 12 months – this was found to be "much more" than those in India (despite the positive outlook there), and "well above" those in Australia and Singapore.

Salary is seen as the most important factor in a job, and two thirds of employees (65%) around the world would like more hours for more pay. Yet they are still effectively "giving away" the equivalent of more than a working day (8.5 hours) of unpaid overtime each week: less than in 2021 but still more than pre-pandemic. Point to note, since seven in 10 (71%), as aforementioned, would like more flexibility as to when they work - think condensing hours into a four-day week - continuing to do so much extra time "may be unsustainable".

Noting also that pay is a priority, around half would however accept a pay cut if it meant improving their work-life balance or to guarantee flexibility in how they structure their hours – even if they still worked for the same amount of time each week. This, according to the report, reinforces the idea that employers may need (and want) to make a trade-off between pay and other factors to keep workers content and fulfilled.

Diving into the APAC region, salary is by far the most important factor for Singapore respondents, with 71% of whom put it top, followed by two thirds (66%) of China-based employees. Despite this, it is India's respondents who are most likely to ask for a pay raise if they feel they deserve one (86%) versus 78% of those in China, 63% of those in Singapore, and 61% of those in Australia. While workers in India workers may not have high expectations of being offered a pay raise, they may "feel more inclined" to ask for one because "they have earned it by putting in so much unpaid overtime".

"Each week they are giving away around two hours more free time than their peers in other parts of Asia Pacific, and the most in the world," the analysts explained.

Shifting the lens to work flexibility, across APAC, almost three quarters of employees (74%) would like more flexibility as to when they work, such as compressing the same number of hours into a four-day week, leaving little scope for overtime. Among the respondents, 76% of those from India are keen on this idea, as are 73% of China-based surveyed, 72% of Singapore-based surveyed, and 61% of Australia-based surveyed.

Stress at work is at critical levels, with 67% of employees around the world experiencing it at least once a week, up from 62% pre-pandemic. One in seven (15%) in fact feel stressed every day, and more than half (53%) believe their work is suffering because of poor mental health. To these findings, report analysts shared: "The impact on workers professionally, as well as personally, is likely to be profound, especially as mental wellbeing is under strain in other ways too, due to the pandemic".

"Most employers are doing their best to support staff, with wellbeing days off, stress management breaks, and counselling among the initiatives being tried. However, amid such intense and sustained pressure, questions persist around what else employers can do to minimise stress triggers and ease the burden more generally."

For APAC, mental health issues are putting the quality of work under particular strain in India and China, whereas it’s less of a problem in Australia and Singapore. Perhaps in recognition of this, report analysts said that employers in India and China "appear to be doing the most" to help promote positive mental health at work, with only around one in 20 (4%), and one in 10 (11%) employees respectively saying their employer is doing nothing proactive to promote it, against almost one in five (18%) in Australia and Singapore.

Increased responsibility due to the pandemic is, analysts suggest, the primary reason region-wide, but there are many other factors at play. For instance, possibly due to different dynamics of living and working, commuting into the office is a cause of stress for almost a quarter of Chinese workers (24%) - higher than elsewhere in the region. But in India, a similar proportion (26%) attribute stress to working-from-home.

"Again, this is much higher than anywhere else in Asia Pacific," noted in the report.

Forcing people to return to the workplace full-time unnecessarily could backfire: two thirds (64%) around the globe would consider looking for a new job if this happened. Many are contemplating relocating and a minority have already done so. That said, some remote employees are "concerned" that employers may overlook them in favour of their colleagues in the workplace which report analysts said are "unfounded" concerns.

This is because, findings revealed otherwise - there are remote employees who feel "more recognised and rewarded for their efforts and supported in their careers". Almost seven in 10 shared they are "paid fairly for their skills and role", compared with less than half of their peers in the workplace. It is noteworthy however that employers who are over-compensating by focusing on remote workers at the expense of others "may need to redress the balance as a matter of urgency".

Focusing on the APAC region, more than eight in 10 (82%) India-based employees "would consider looking for another job" if their employer insisted on a full-time return to on-premise (or office) working. In relation, 67% of employees in Australia have the same sentiments; 60% in Singapore, and 54% in China.

Further, three quarters of employees from India say they "would be willing to take a pay cut" to guarantee flexibility of location in where they work (73%), almost twice as many as would do so in Singapore (38%). And while those in Australia say they would be prepared to take a pay cut to achieve it are lower (at 41%), Australia has the highest proportion of workers anywhere in the world who say that flexibility of location is an important factor in a job (22%).

That said, employees in APAC are aware there are other downsides to remote working. In Singapore and Australia, for instance, a higher proportion of workers (57% and 49%) felt that managers were less likely to spot when team members were struggling with their workload, or were suffering from mental health issues or stress if they were working from home than if they were in the workplace (27% and 29%). Whereas in India, the balance was tipped in the other direction, and in China, the results were fairly evenly split.

*The report involved views of 32,924 employees in 17 countries between 1 November and 24 November 2021 including over 8,685 working exclusively in the gig economy.