We’ve previously written about the joys of friendships in the office. But how many employees consider their coworkers real friends?

According to a recent survey by Olivet Nazarene University, while 82% of respondents work with someone they consider a friend, they only see 15% of their coworkers as ‘real friends’.

Among the 3,000 Americans with full-time jobs surveyed, the average number of friends reported was five, with just 29% saying at least one of their coworkers is a bestie.

By industry, those with the highest average number of friends were from transportation (10), finance and banking (8), accounting (8), and marketing/advertising/PR (7). Whereas industries with the fewest friends include legal and real estate, each tallying three friends per respondent, on average. 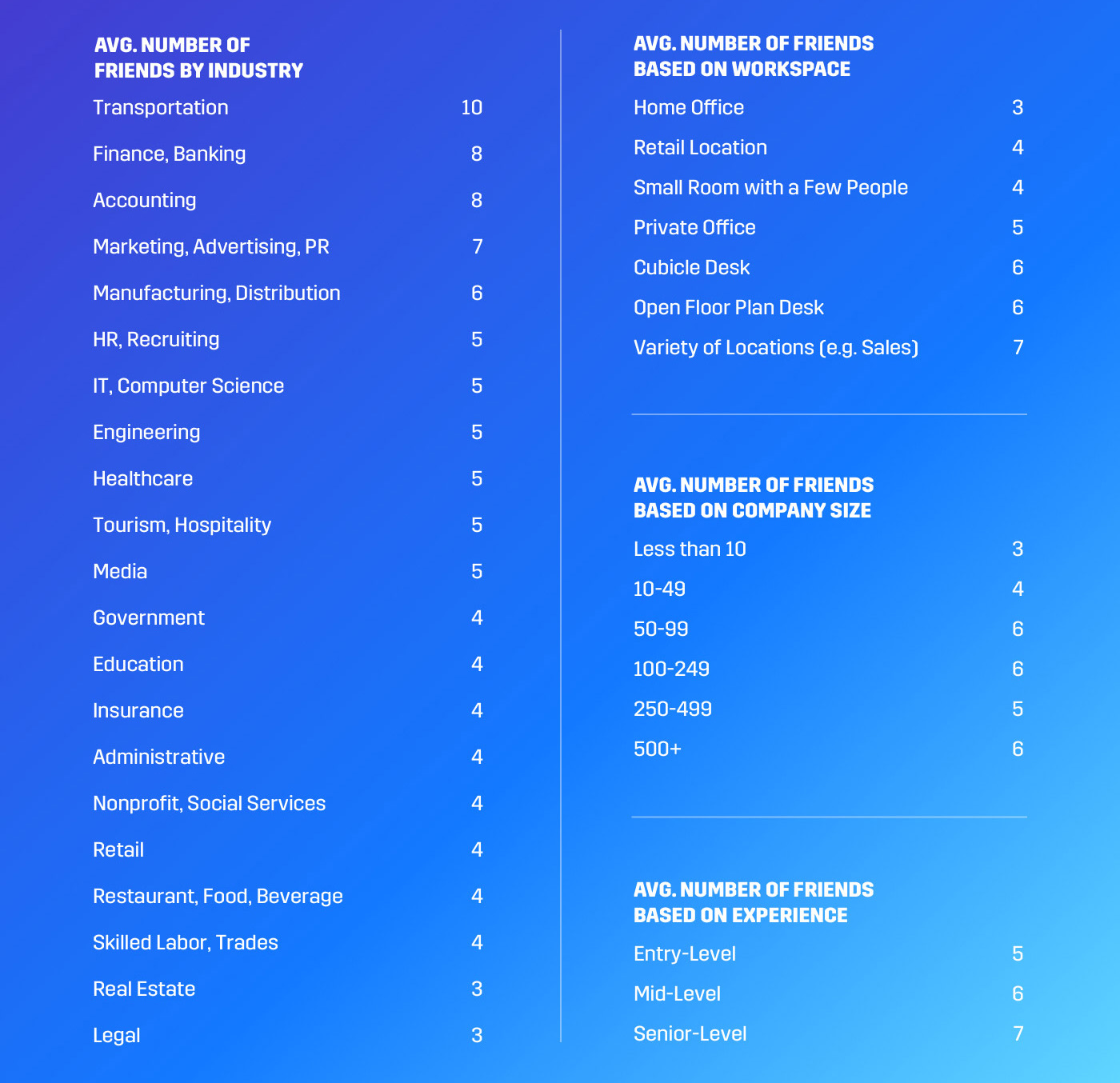 Overall, employees were satisfied with the number of work friends they have (76%). Of those remaining, 20% said they’d like more friends and 4% said they have too many. Respondents in industries that are more social in nature were more likely to say they have too many friends, such as workers in restaurant, food and beverage. 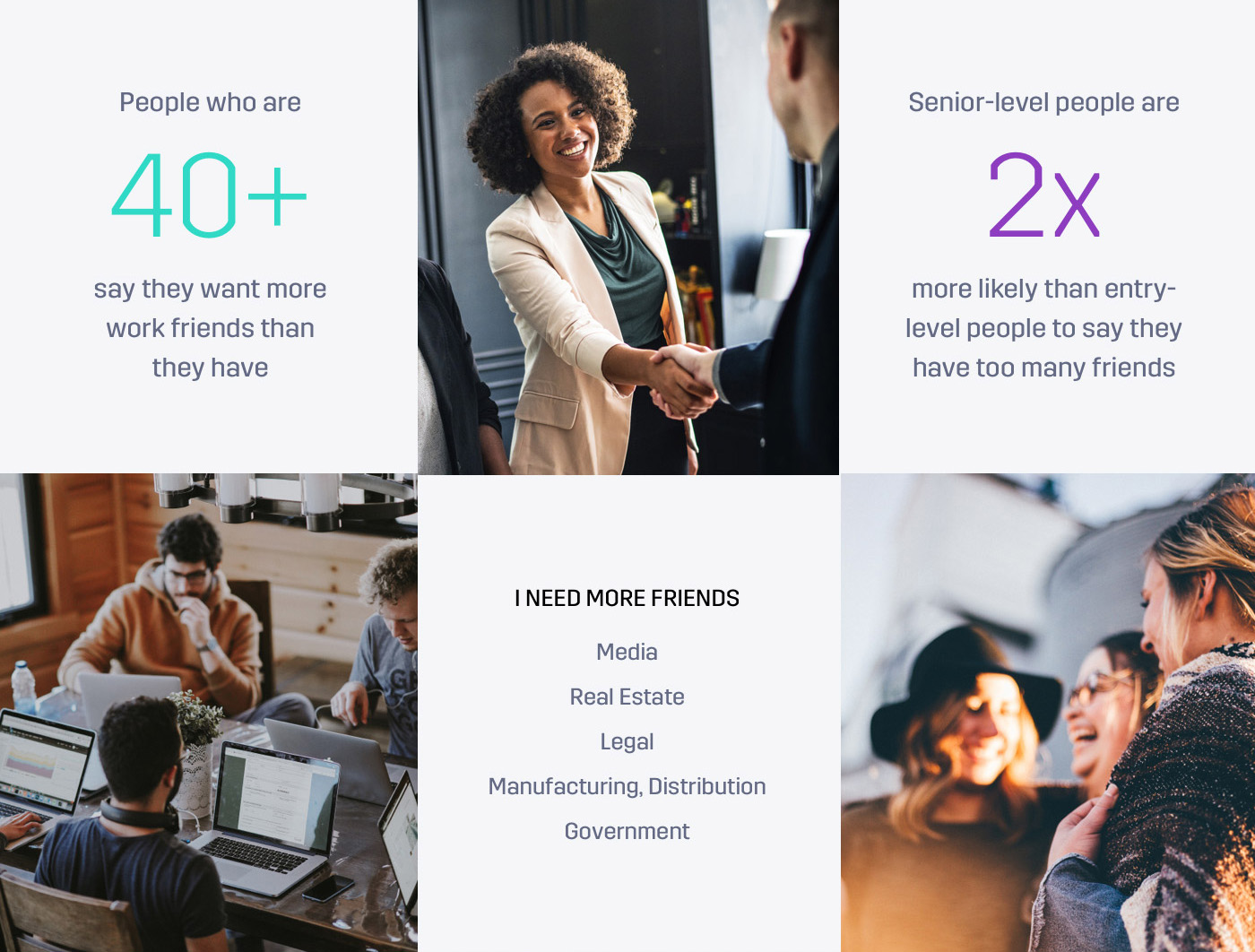 According to respondents, work friendships tend to form quickly, with 58% saying they typically become friends with a coworker within a couple of days or weeks. Industries that make friends quickest include insurance, marketing, restaurant, retail and real estate. Those in engineering, healthcare, finance, HR and government tend to take longer to bond.

Once coworkers become friends, as in any solid friendship, sensitive subjects are inevitably discussed. Almost three in five (58%) have a work friend they can talk to about their love life, 53% can talk about health issues, 33% can talk about financial issues, and 64% can talk about conflict with other coworkers. That said, many don’t indulge too much – one in three don’t talk to coworkers about things unrelated to work for more than a few minutes per day. 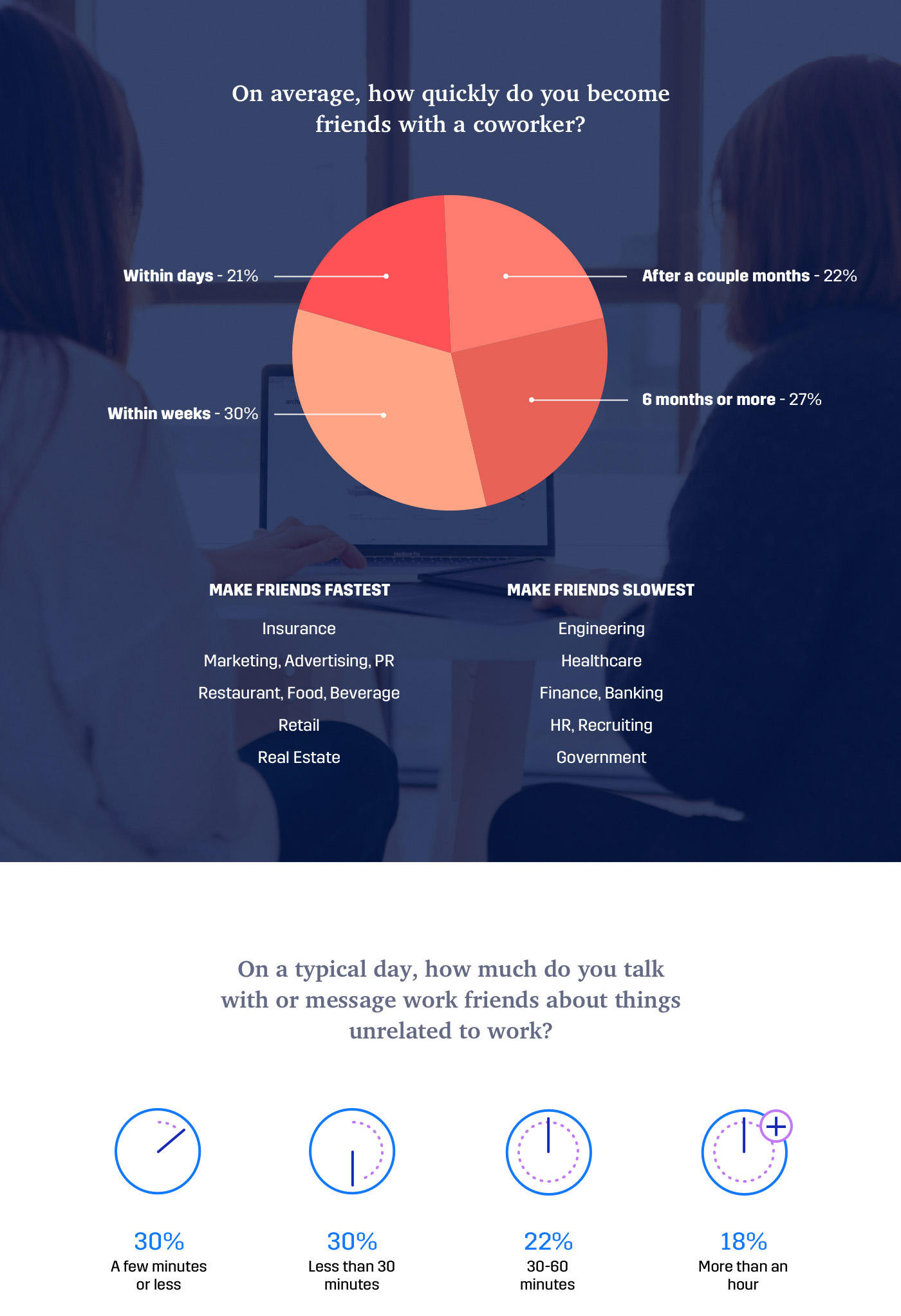 Other findings from the survey include:

Sadly, these friendships are unlikely to last for long. Only 18% of respondents reported staying closely in touch with a work friend they no longer work with. Slightly more than half (55%) stayed in touch a little, while 27% barely stay in touch.

How long should the interview process take? 82% say less than a month

The team changes in Singapore complete the company's process of creating a unified management structure across APAC...

The most bizarre candidates

Read how these candidates did interviewers a favour by running themselves out of the game early. ..