47% of Singapore employees would seek a pay raise in the next year, fewer than in India & Indonesia 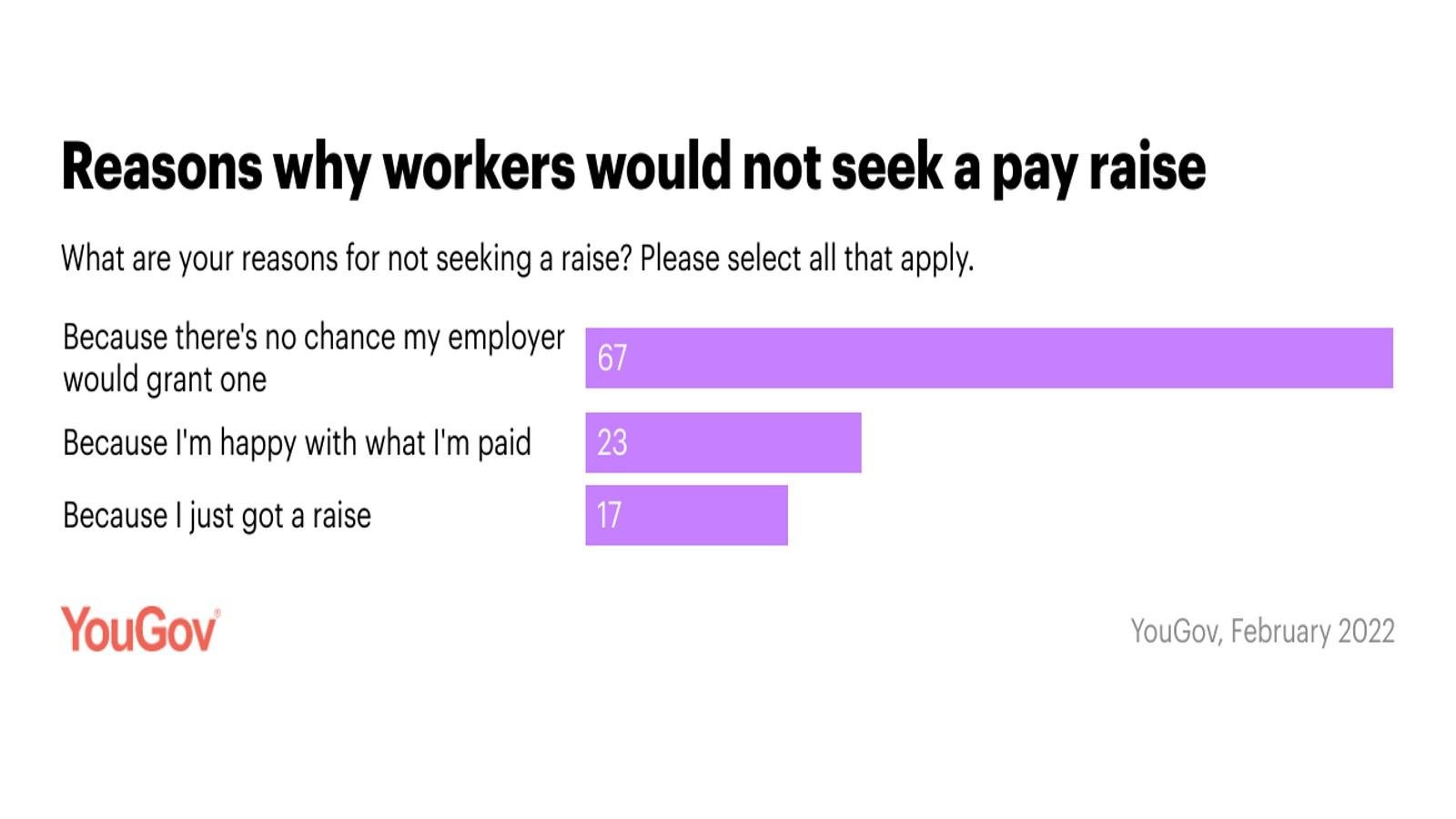 About 53% of Singapore employees do not intend to ask for a pay raise in the next year — with a majority (67%) saying they were not hopeful of their employers granting it.

Close to half of employees surveyed in Singapore say they intend to request a pay raise in the next year, a newly-published survey by YouGov has revealed.

In particular, 47% of the employees indicated so. Among age groups, the numbers stood at 61% for those aged 25 to 34; while older generations aged 45-54 and 55+ were significantly more likely to express the opposite sentiment, with closer to seven in ten saying they would not request a pay review (65% for those 45-54; 64% for those 55+).

Meanwhile, about half (52%) of the respondents in the youngest age group — 18-24 — intend to request a pay increment.

How much of a pay raise are employees looking for?

Among the respondents in Singapore who do intend to request a pay increment, one-third plan to ask for between 2.1% to 5%, closely in line with the country's forecasted core inflation rate of 2.5% to 3.5% and headline inflation of 4.5% and 5.5% for 2022, the survey noted.

At the same time, one in 10 would request a smaller increment of 2% or less, while a quarter would request 5.1% to 10%; and about 14% of respondents are looking for much higher increments exceeding 10%, with men significantly more likely to do so (17%).

Why would some employees not request a pay raise?

On the other end of the spectrum, a remaining 53% of employees in Singapore say they do not intend to ask for a pay raise in the next year — with a majority (67%) saying they were not hopeful of their employers granting it.

Further, less than a quarter say they are happy with what they are paid (23%) and would thus stick with it, while finally, one in five have recently received a pay raise and are not looking to request another (17%).

A total of 1,040 respondents were in Singapore, of which 804 are working; the breakdown of respondents by age group is as follows: