What are the happiest professions?

A study by Robert Half evaluated the levels of happiness of 24,000 working professionals across eight countries who agreed to talk about their on-the-job satisfaction. The results revealed that the field of marketing and creative dominated the top rank, for both level of happiness and level of interest in work. While the field of technology ranked number one in terms of lowest stress levels.

The eight countries surveyed in the study include, Australia, Belgium, Canada, France, Germany, the Netherlands, United Kingdom and the United States.

On the flipside, professions such as financial services, accounting, and legal did not fare so well, with them ranking the lowest in level of happiness, interest in work, and lowest stress levels respectively. 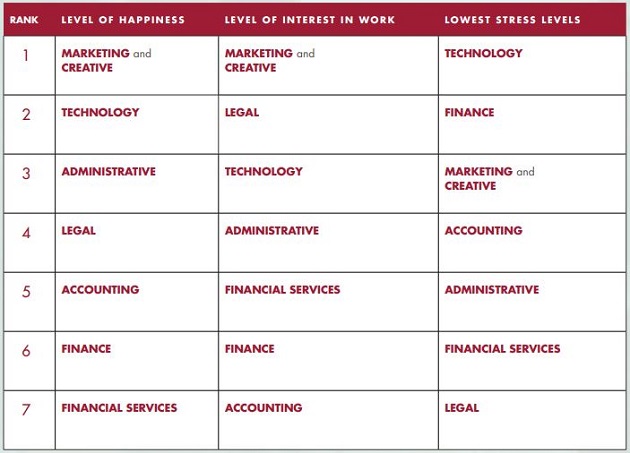 However, those in the legal profession express a high level of interest in work, ranking as number two, compensating for their high levels of stress.

ALSO READ: Happiness, not convenience, is what employees want from their perks

The study also showed the drivers of happiness in each profession. 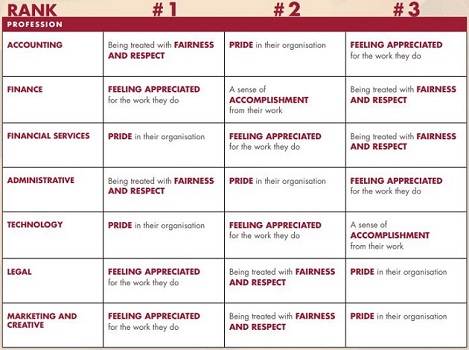 Grab: Less than 20% of ex Uber staff no longer on company rolls

Goldman Sachs asks around 2,000 staff to cut back on travel costs

This is reportedly part of the bank's budget cuts strategy, which also includes 60 terminations from its sales and trading team...

In conjunction with the extended leave allowance, the firm is introducing a Maternity Coaching Program for expectant and new paren..

Employers need to take action on employee health, and fast - compensation paid out by SOCSO has surged by 50% over the past five y..

The telco is setting aside a one-off restructuring cost of about S$25 million which includes outplacement, training and coaching s..