Accenture yesterday (15 June) announced that it will achieve a gender-balanced workforce, with 50% women, and 50% men by 2025.

In the press release, Pierre Nanterme, chairman and CEO, Accenture said: “Diversity makes our business stronger and more innovative and, most important, it makes the world a better place.”

“With this new goal, we are sending an important message to our people and our clients confirming our commitment to a gender-balanced workforce,” he continued. 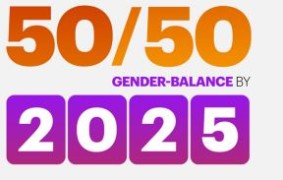 Accenture’s workforce currently consists of  150,000 women, making nearly 40% of its global workforce. Over the past several years the company has set milestones on the path to gender equality. These include: 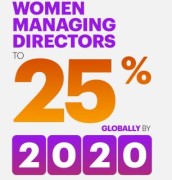 As part of its efforts to achieve a gender-balanced workforce, Accenture has taken a number of steps to attract, retain, advance and sponsor women such as:

On this note, Ellyn Shook, chief leadership and human resources officer, Accenture commented:  “We embrace diversity as a source of creativity and competitive advantage.”

“As we work toward ‘50 by 25,’ our ultimate goal is to create a truly human environment where people have a real sense of belonging, where they can show up every day, be who they are and be their best, both professionally and personally,” she concluded.

32% of global CEOs expect a short-term increase in headcount

Is it time to stop serving French fries in your office cafeteria?

Dos and don’ts to keep you performing at your best

When work and life are both fast-paced and hectic, don’t forget to take time out to reflect, relax and recover, reminds Jerene Ang..

Over 23 years, the managing director worked his way up from the bottom, proving progression comes to those who earn it. ..