With employment growing steadily each quarter, Singapore’s total employment, excluding foreign domestic workers (FDW), grew by 55,200 for the whole of 2019. This was according to the Labour Market Advance Release 2019 report by the Ministry of Manpower (MOM).

Local employment growth in 2019 (26,500) was similar to 2018 (27,400) and driven mostly in the services industries with a higher-skilled workforce (such as community, social & personal services, professional services and information & communications). The growth in the service sector was balanced by declines in industries (such as Manufacturing and wholesale trade) which were affected by the softer economic conditions.

Work permit holders in construction contributed to about half of the 28,700 foreign employment growth (excl. FDW) in 2019.

Singaporeans also continued to earn higher incomes in the recent five years. From 2014 to 2019, real median income (including employer CPF contributions) of full-time employed Singaporeans increased by 3.9% per annum (p.a.). This was significantly higher than the 2.1% p.a. in the previous five years.

Greater support, funding and focus in the areas of jobs and skills

Commenting on the findings in a Facebook post, Patrick Tay, NTUC’s Assistant Secretary-General, said: “The rise in unemployment with retrenchment figures holding steady coupled with a rise in employment suggest that structural challenges such as skills and jobs mismatches continue to be the main cause of unemployment in Singapore.

“The layoffs we saw in 2019 were mainly due to re-organization, restructuring, and transformation besides global trade and geo-political uncertainties. The on-going Wuhan virus and how it pans out will inevitably affect demand and impact sectors such as aviation, travel, hospitality and retail amongst others.”

Noting the current and impending challenges, including Singapore’s demographic/labour force profile, global issues such as increasing Protectionism, technological disruption, the Wuhan Virus, and more, he hopes for greater support,  funding and focus in the areas of jobs and skills for locals in the upcoming Singapore Budget 2020.

“The support should come in various forms and ways targeted at both workers (especially mature workers and PMEs) and employers (SMEs included) so that we can be best poised to confront, overcome and ride the wave of change and challenges.” 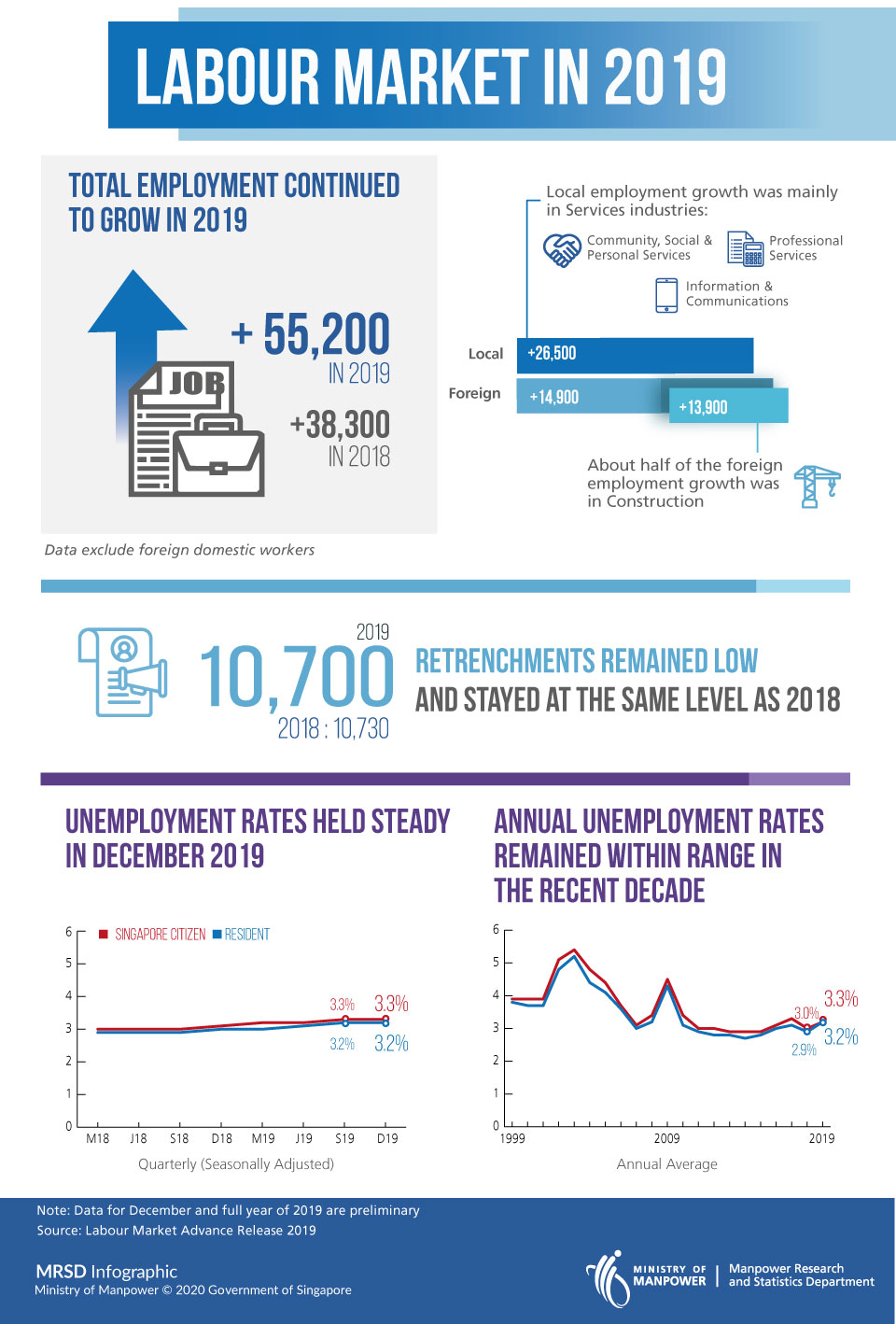 Your employer brand is more likely to be shared if you can make Millennials chuckle, or put in an element of gaming. ..

From eliminating the need for MC proofs to assigning buddies and sign language interpretors, see what steps progressive employers ..