The youngest generation of workers (16 to 24-year-olds) lacks the most confidence when asking for a promotion (36%) as well as public speaking or presenting (34%).

Be honest — do you have a habit of playing with your nails? Or perhaps, do you find yourself not making enough eye contact, or sitting in the "wrong position"? All these little details make up our body language and the way we carry ourselves.

Apart from verbal communication, body language is a crucial factor in how we are perceived in the workplace. On top of that, it is also key in building relationships and trust with colleagues.

While the way we carry ourselves should seemingly come naturally to us, it is definitely not always so easy to nail the right moves, especially in a daunting or unfamiliar situation.

As such, Lenstore surveyed employees to find out which scenarios in the workplace knock our confidence the most.

Interestingly, both public speaking and asking for a pay raise share a spot in the first place as the two most intimidating scenarios, with both receiving 29% of the votes.

Similarly, asking for a promotion was not far behind in the third spot, along with dealing with workplace conflict, at 26%.

The study also noted that the youngest generation of workers (16 to 24-year-olds) lack the most confidence when asking for a promotion (36%) as well as public speaking or presenting (34%). At the same time, just 20% of respondents aged 55 years and above are worried about asking for a promotion, and only a quarter (25%) of 35 to 44-year-olds are fazed by public speaking or presenting.

The study also looked into body language techniques interviewers use that are the most off-putting.

Considering have become acceptable even in professional emails, TextAnywhere surveyed 1,000 people on their communication habits this year.

Most commonly, 84.2% of respondents use emojis to text their friends. Similarly, the second-highest result was communicating with family members, where over three-quarters (76.7%) are using emojis to get in touch with their family via text.

Interestingly, 7.1% of respondents indicated that they do not use emojis at all.

With a number of respondents admitting to using emojis with colleagues and clients/business partners, emojis have undeniably become a part of workplace communication.

Looking into the most common emojis, the survey asked respondents which three emojis they use most often. Almost half of the respondents reported the emoji with tears of joy, otherwise known as "the laughing face", as their top emoji. This was accompanied by number four, the loudly crying emoji, which, accordingly to TextAnywhere, "has overwhelmingly been used to share positivity in recent years as younger generations claim this as their preferred laughing emoji".

Next in line is the smiling face with smiling eyes face emoji, which received a quarter of the response as one of the top three emojis. This was closely followed by the heart emoji.

As a fun little segment, the survey also quizzed respondents on their knowledge of emojis' meanings. View an excerpt below: 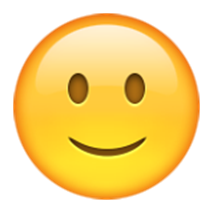 Did you know, the tone of this emoji can often be used to emphasise a passive aggressive message or something ironic, where the sender means to communicate that something is not really fine?

Six in 10 respondents were not aware of this meaning, describing it as a ‘happy’ emoji. A further 23% stated that the aim of the emoji was to convey a smile while just 1.5% of respondents correctly responded that the emoji is used to mostly relay sarcasm. 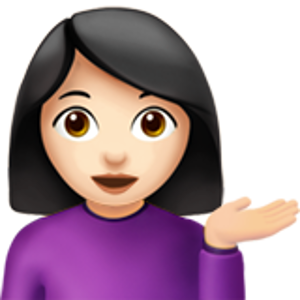 The survey also showed that the majority of respondents are using this emoji to say ‘hi’, ‘whatever’ or show ‘sass’, but this is not what the emoji really means.

The emoji is, in fact, intended to represent a person at an information or reception desk who can aid individuals with answers to their questions.

DNA Decoded: Progressive employers care for their employees. How do you put this into action?

Frictionless talent mobility in the post COVID-19 workplace: Are you ready?