Social media and the workplace: Legal considerations for employers 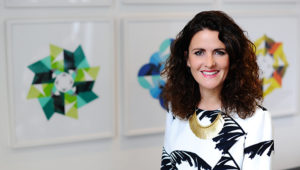 Social media is increasingly creating issues in workplaces around the world and blurring employees’ work and personal lives. On the one hand, its use allows employers to promote a positive image of their business and their brand to a vast audience. On the other hand, these benefits are balanced by the potential for employees to damage their employer’s brand and reputation extremely quickly.

Social media’s use has recently assumed a new significance in Hong Kong in light of the ongoing protests. High-profile incidents involving the Cathay Pacific group of airlines and an NBA basketball team’s manager demonstrate how significant a risk is posed. This article explores the legal implications for employers when employees make inappropriate statements on social media and how employers can proactively monitor what their employees are posting in the first place before suggesting pragmatic approaches for dealing with the associated risks.

Monitoring
Employers are increasingly monitoring their employees’ social media activity. A key consideration is to avoid infringing the rights of employees under the Personal Data (Privacy) Ordinance. The Privacy Commissioner’s Guidelines on monitoring and personal data privacy at work are a helpful first port of call. They first stress the “3As” of undertaking a systematic assessment process to ensure that monitoring would be appropriate, ensuring that there are no less intrusive alternatives and ensuring that there is proper accountability for the collection of employees’ personal data. They then stress the “3Cs” of ensuring the clarity of an employer’s policy, ensuring that it’s communicated to employees and the safeguarding of data through proper controls. Employers should ensure that they clearly document and communicate their approach to monitoring.

Politically controversial statements
Recent high-profile social media incidents concerning Hong Kong have involved the expression of political views on its ongoing protests. For example, the chair of the flight attendants’ union at Cathay Dragon was reported as being dismissed for protest-related Facebook posts in line with its zero-tolerance approach to support for illegal protests or violent activities.1 A tweet by the manager of the Houston Rockets basketball team about fighting for freedom and standing with Hong Kong has also attracted significant global media attention and resulted in a backlash against the NBA in China.

The key principle for employers is that employees are generally free to do as they wish during their time off. However, this principle is subject to employees not acting in a way that will bring their employer into disrepute or affect their ability to carry out their duties. On the one hand, involvement in criminal activity such as rioting is clearly wholly inappropriate at any time. On the other hand, the expression of political views forms a spectrum from inciting sedition to the lawful expression of political preferences on mundane matters.

It follows that employers should think carefully before acting in light of employees’ political statements on their personal social media pages. In particular, they should bear in mind that Article 27 of the Basic Law grants Hong Kong residents freedom of speech, which may affect a tribunal or court’s view as to whether a dismissal was for a valid reason or not. The persuasive case of Redfearn v United Kingdom also highlights how Hong Kong’s courts might uphold a legal challenge to dismissal based on an employee’s political opinion. Employers should therefore proactively communicate a policy that sets out clear guidelines and an explanation of the particular risks to its business from inappropriate comments on social media in order so that employees are on notice are aware of the relevant considerations before they might post political statements.

Other potentially inappropriate statements
There may also be some occasions where employers consider disciplining or dismissing employees for making inappropriate comments on social media, such as offensive comments about the employer’s products or clients.

Whether any action should be taken against an employee for an inappropriate comment will depend on the particular facts in each case. However, if an employer has a clear and well-publicised policy on standards for posting on social media then action may be appropriate in the same as if it had taken place offline.

A more thorny challenge arises if an employee’s conduct has taken place outside of work using the employee’s own equipment. In those circumstances, an employer should consider carrying out a reasonable investigation into the alleged conduct, including:

A final word
Employers might hope that employees’ common sense should avoid issues arising from their use of social media; however, this is not always the case. The appropriateness of many comments will not always be clear. In these cases, a properly thought-out policy that sets out an employer’s expectations will be invaluable. Such a policy should include:

It will be held in conjunction with International Women's Day this March, and participants will be challenged to create an intelli..

Is stress to blame for Ogilvy employee’s death?

News broke this week about a young Ogilvy & Mather China employee who died of a heart attack at work...

More support for re-employment of older workers in Singapore

Funding support will be increased to up to 80% of project costs, capped at $300,000 – twice the level under the existing grant...

Advertising graduates are expected to earn the least next year, with an annual pay of US$35,700. Find out which others made the li..

No additional coverage for female staff owing to Zika: MOM

If employees are found to be infected, employers are required to provide them paid sick leave per the Employment Act...