Millennials in these industries find their work most meaningful

Millennials continue to bring a different set of views and values to the workforce than the previous generations did.

In particular, this group values an informal organisational culture, flexibility, and progressive benefits among others.

In the same vein, a recent study conducted in September 2019 by Olivet Nazarene University, which involved 2,024 Millinnials,  also found that a bulk of Millennials today place importance on doing meaningful work.

In fact, when asked how important it was for their work to make a positive impact on the world, more than half (57%) said ‘very important’, while about one-third (33%) said it was ‘somewhat important’.

On the other hand, just 10% considered it ‘not important’.

In line with that, a majority of respondents (64%) do believe their current work is meaningful, while nearly four in 10 still do not think so (36%).

Zooming in on specific industries, Millennials surveyed who worked in the education, non profit/social services, and medical/healthcare industries had the majority who found their current work meaningful (84%, 84%, and 82% respectively).

Those in HR/recruiting had a slightly-above-average response, with 65% of those surveyed revealing that their current work was meaningful.

On the contrary, the food and beverage (46%), skilled labour/trades (46%), and retail (36%) industries had the lowest percentage of respondents who found their current work meaningful. 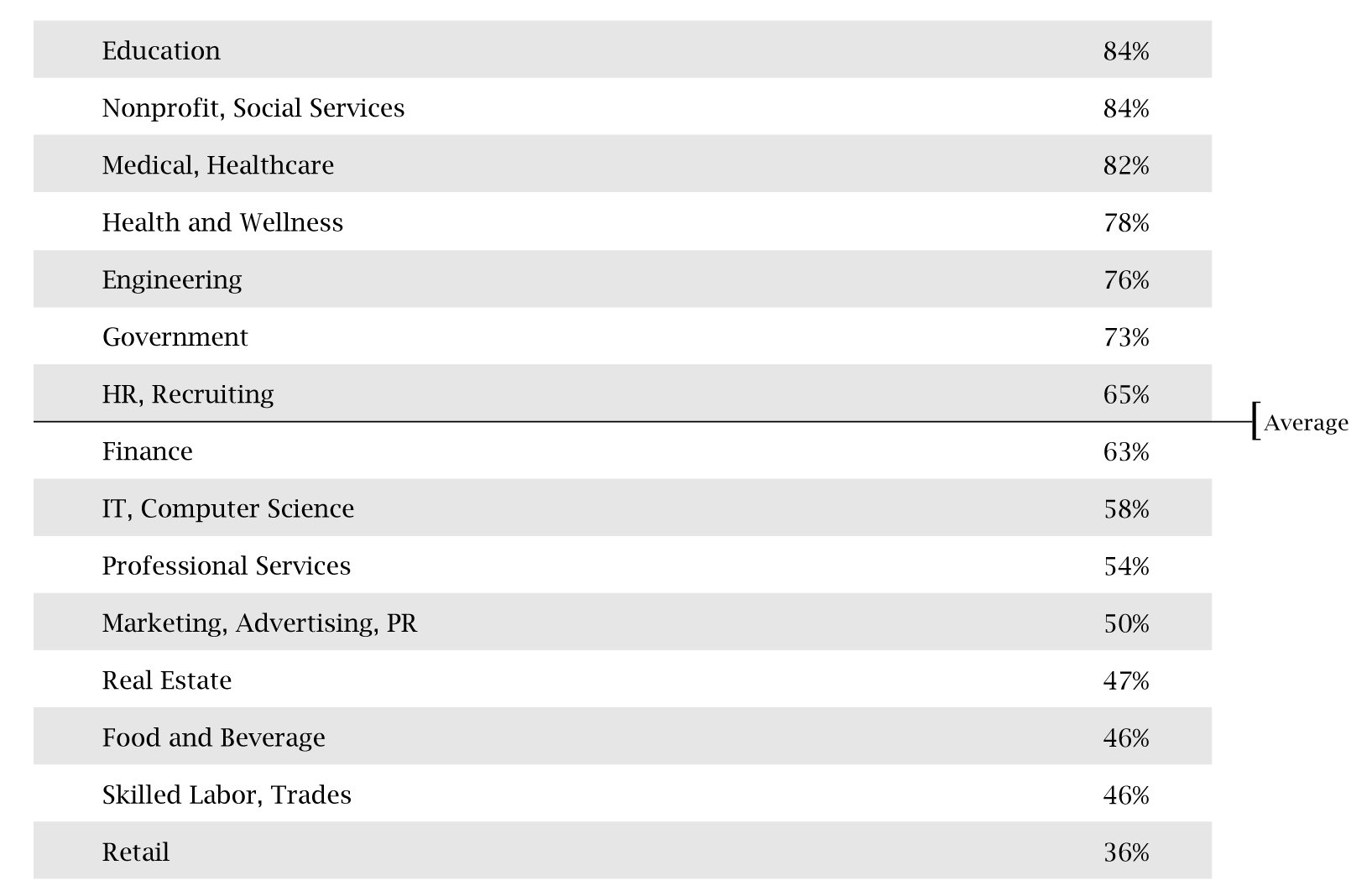 Those in in instructional, creative and managerial roles found more meaning in their work

When responses were split according to the type of work respondents worked in, a large majority those whose work involved an instructional nature found their current work meaningful (89%), followed by those in creative (73%) and managerial (68%) roles.

This came as no surprise, as, according to those surveyed, a significant number (61%) pursued their current work for other reasons, while just 39% did so for the meaningful aspect.

In line with this, when the data was further broken down to the respondents’ company missions, the survey revealed the following top three missions:

Despite the importance they place on doing meaningful work, a majority of Millennials surveyed would still like to see an improvement in their career, by receiving more money (87%). 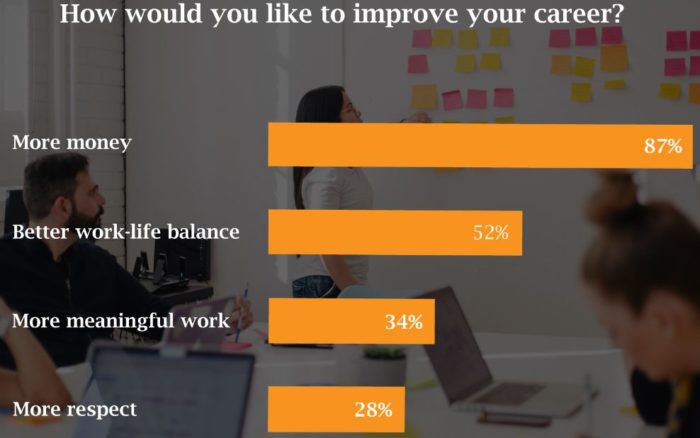 How data can match HR with the best external recruiters

After six years at the helm, Tony Chew is leaving "on a high note". He will be succeeded by Teo Siong Seng for a two-year term...

The fitness firm is in talks with "certain gyms" on the possibility of providing alternate job placements for some staff members...

The richest bosses in the world make an average of 331 times the average worker’s annual salary of $35,239...

Disorderly environments inspire breaking away from convention, which can lead to fresh insights in the minds of employees...