In a just-published report titled, Working in Asia Pacific: Key HR and Leadership Priorities for 2019, this anecdotal evidence is backed up by concrete facts confirming that employees are reluctant to express how they are feeling at work if they are experiencing mental health issues.

Less than half of the respondents in Hong Kong and Singapore felt comfortable about having a conversation about mental health issues with their manager or colleague. Conversely, Australians are much more open to having such a discussion with almost three-quarters saying they would have such a conversation with a colleague (74%) or manager (67%)

Such sensitive conversations require an open organisational culture, with the figures suggesting that – particularly in Asia – there is a way to go. In terms of being accepting of mental health issues, 48% of those surveyed in Hong Kong were not open about the topic, slightly ahead of Mainland China (46%) and Singapore (40%), but lagging significantly behind Australia (65%).

The table below illustrates such trends across the regions covered: 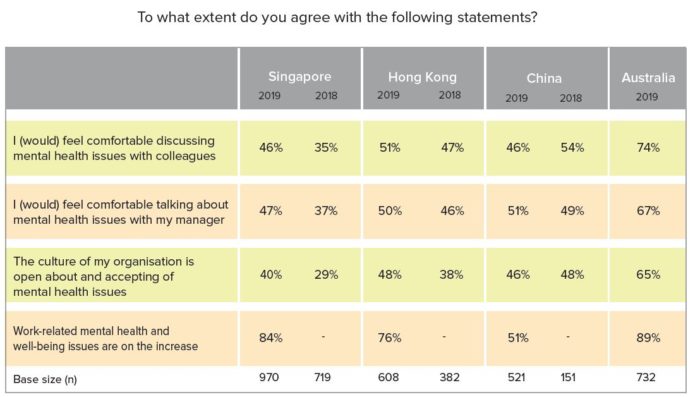 In Hong Kong, organisational politics were considered the biggest cause of stress by 39% of respondents, lower than Australia (40%) and Singapore (47%).

In Mainland China, the main causes of workplace stress were lack of support and lack of control – both listed by over one-third of respondents

According to the researchers: “This combination is often linked with a success-oriented culture, but there are downsides which shouldn’t be ignored.”

Most Australian respondents said they were provided with employee assistance programmes (92%) – but this number dropped quickly in Hong Kong (39%) and China (23%).

Of the countries surveyed, Chinese employees are most likely to have access to doctors as a first line of support, followed by on-site counselling.

The table below indicates what kind of organisational support is being provided: 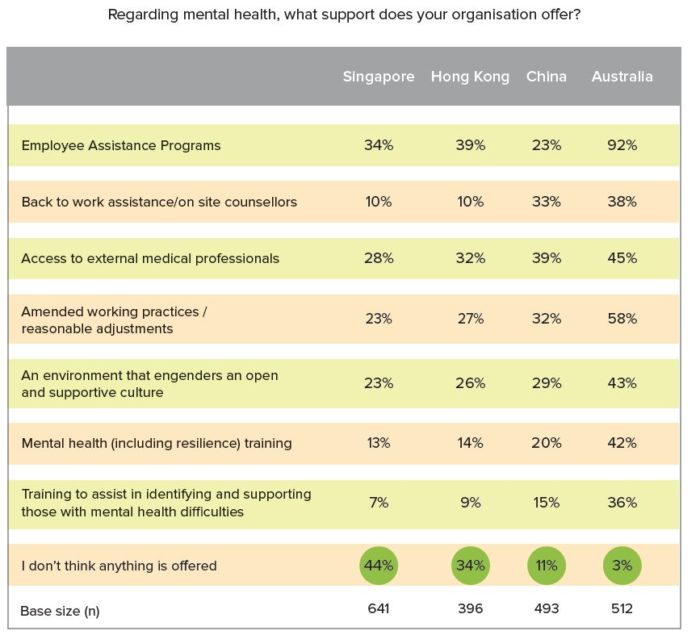 In an encouraging footnote, around one-quarter of people in Hong Kong, China and Singapore believe they work in an environment that encourages an open and supportive culture – suggesting that Asia is making some progress towards being more accepting of admitting and responding to mental health issues.

How to give bad news

You can't avoid bad news if you're a manager. Here are 5 common mistakes you should avoid the next time you need to give it...

How to start your presentations: Tell a joke or say ‘it won’t take long’

The most popular way among employees in the UK (almost a third surveyed) is to simply introduce themselves and their team...

We asked a handful of local leaders to answer the question: "What is the most important lesson you have learned in life?" See what..

The moment these employees knew it was time to quit

Disengaged workers are a disaster. Here's hoping none of your staff currently feel the way these employees do. .. 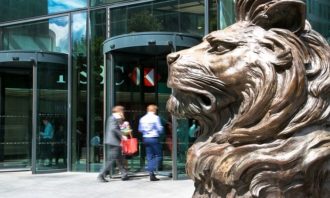