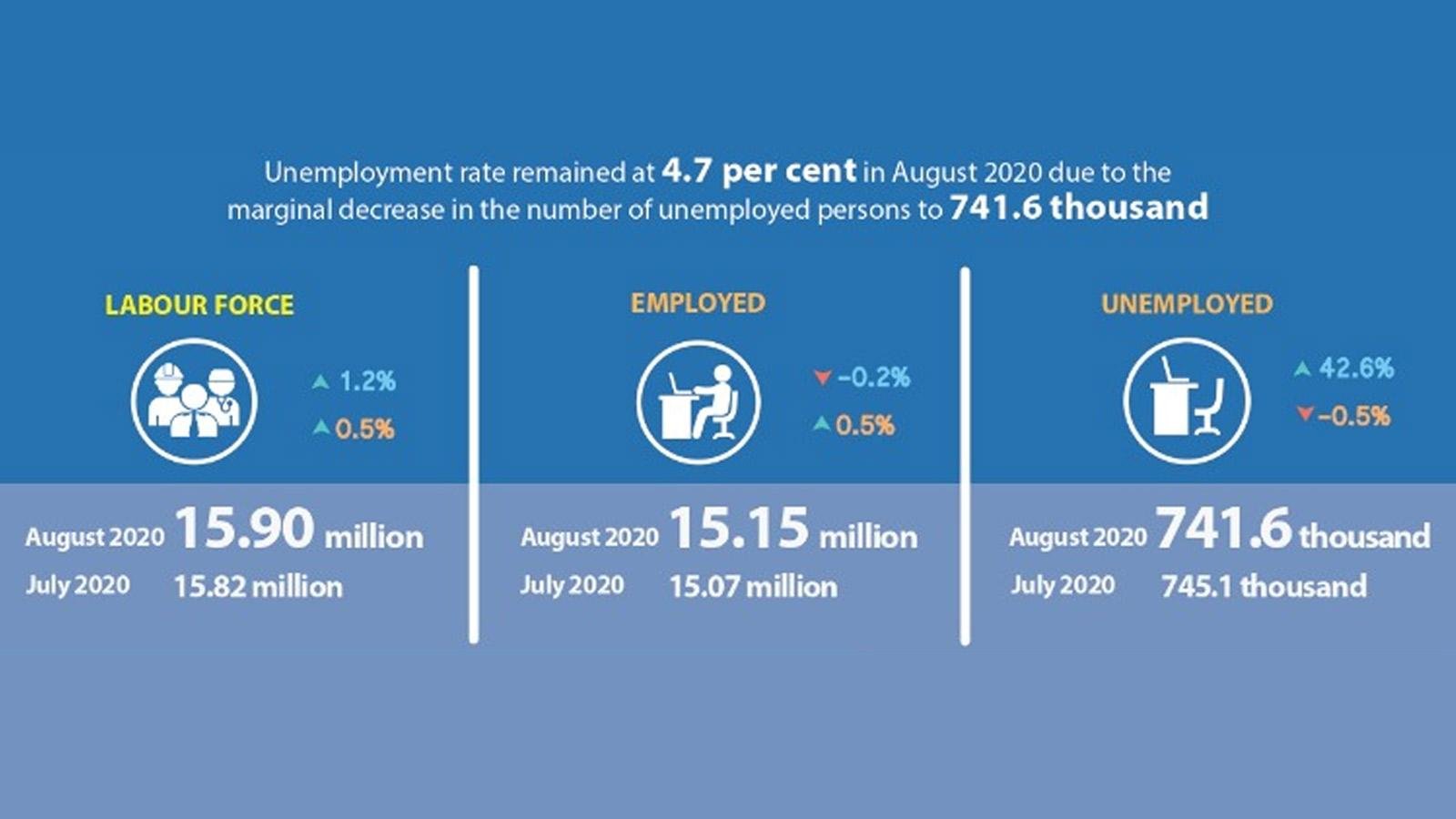 Malaysia recorded a marginal increase in employment in August 2020, a 0.5% growth from the month before. As at end-August, the number of employed persons in the country stood at 15.15mn (July 2020: 15.07mn). At the same time, the country's unemployment rate for August remained at 4.7%, while labour force participation improved with 76,600 more persons recorded.

In line with this, the latest Key Statistics of Labour Force in Malaysia, released by the Department of Statistics, showed that since June 2020, the monthly increase of employed persons ranged from 80,000 to 102,000. That said, as at the end of August this year, the total employment number remained 0.2% lower as compared to August 2019 (15.19mn).

Employment by sectors and categories

In sector-specific data, the month of August 2020 saw an increase in employment in the services sector, largely in wholesale and retail trade, accommodation and food and beverages, as well as information and communication activities.

Meanwhile, the manufacturing sector, which is typically the second largest contributor to the economy, recorded a decrease in employment in the month. According to the report, this was a result of a decline in the Industrial Production Index for Manufacturing, which led to a decline in the number of employed persons in the sector.

As noted by the report, the Special PRIHATIN Grant of RM3,000 which was introduced in May 2020 has shown a positive outcome in assisting these groups to sustain and return to the labour market.

Taking a closer look at the unemployment numbers, the report noted that more than 80% who were unemployed in August this year were actively unemployed. Of this group, 49.2% were unemployed for less than three months, versus 49.6% in July 2020.

On the other hand, the number of inactively unemployed, i.e. those who believed there were no jobs available during the month, grew 0.3pp from July to August (124,900 in July vs 126,500 in August).