The Asian Digital Transformation Index 2018, released by The Economist Intelligence Unit and commissioned by Telstra, has revealed the progress of Asian economies in developing digital infrastructure, skills and technology ecosystems.

Overall, Malaysia saw improvements in terms of industry connectivity, and came in sixth on the list of countries ranked. Hong Kong ranked second, and the Philippines ranked first. Singapore topped the list. 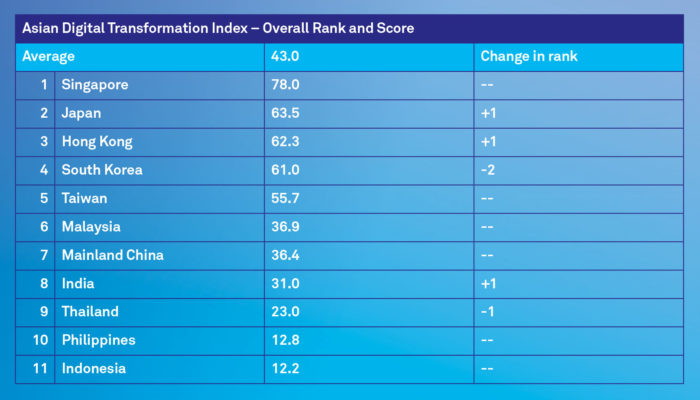 The Index analysed the countries according to their digital infrastructure, human capital and industry connectivity, with the highlights for each indicated below:

According to the report, the availability of reliable, fast and affordable digital connectivity is not the sole determinant of a positive environment for digital transformation, but it is the most important one. It is thus accorded the highest weighting of the three Index categories.

Malaysia came in sixth for this as well, with a score of 40.4. Singapore scored 82.5, while Hong Kong improved by one rank with a score of 63.6 to take second place. However, the Philippines dropped one rank, scoring 9.7 on the Index, while India (36.1) and Japan (58.9) showed the most improvement. 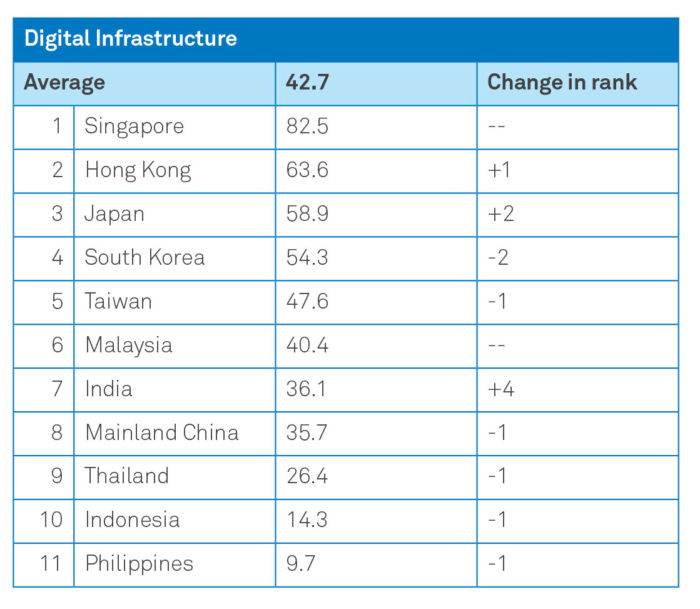 Further, the deployment of fibre to support high-speed connectivity for homes and businesses is one of two new indicators in the digital infrastructure category, and Malaysia’s rate of adoption for 2018 was 42%. 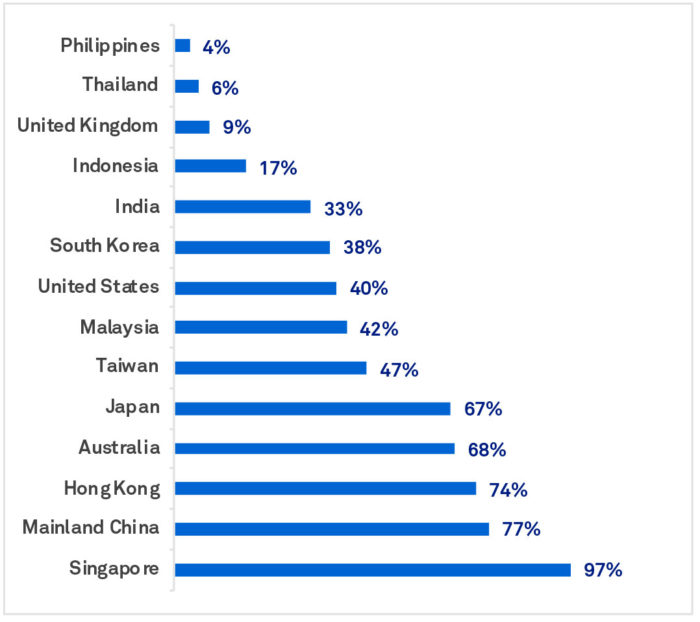 The report noted: “Of the 10 cities facing the most acute talent shortages relevant to digitisation, seven were in Asia, including cities in Japan, India, mainland China and Thailand, as well as Singapore.

“For several years, companies in the region have complained of a scarcity of people skilled in working with big data and analytics. As the use of AI, the IoT and other advanced technologies becomes widespread, the difficulties of meeting local demand for digital talent are only likely to grow more acute.”

The new human capital indicator on the Index measures the presence of qualified telecommunications professionals within the workforce. Malaysia scored a total of 44.4 on this Index, the Philippines scored 20.4 and Singapore scored 80.8. 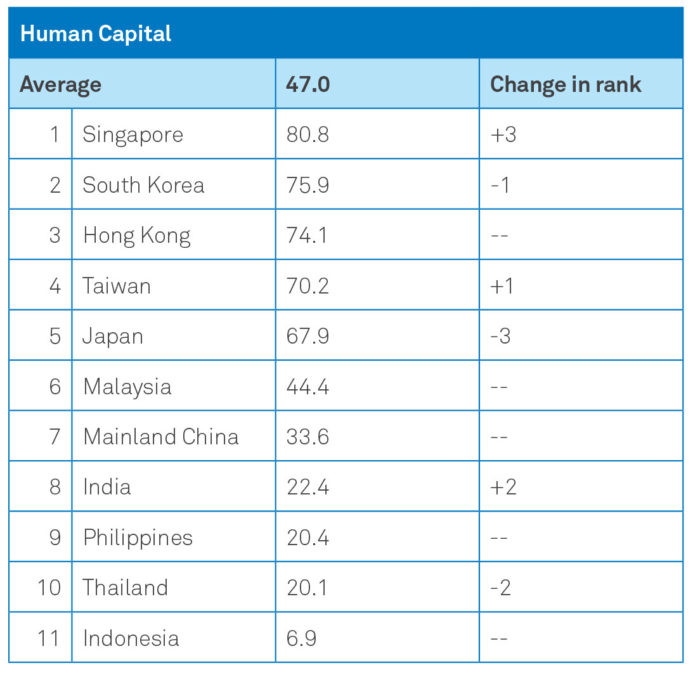 In terms of talent pool, Malaysia and Hong Kong both boast sizeable pools of technology professionals relative to their overall workforce as shown below: 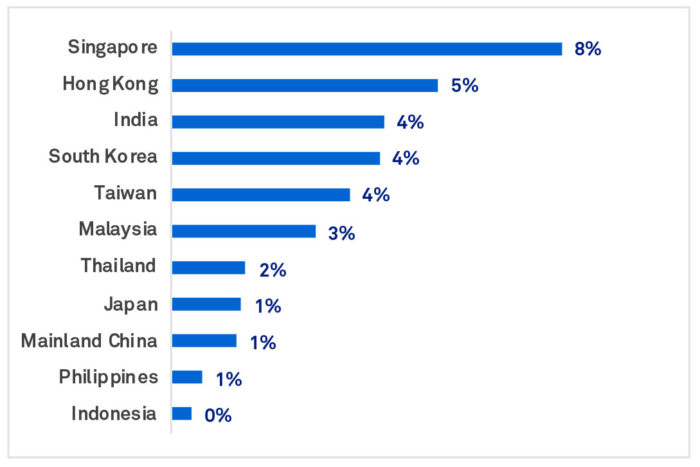 According to the report, the industry connectivity category contains indicators that seek to gauge organisations’ ability to absorb and benefit from digital technology available in the market. The addition of two new indicators has led to a significant upward movement of economies in this category.

It also added: “Taiwan remains ahead of the rest of Asia (as well as Australia, the UK and the United States) in the accessibility of data afforded to citizens and organisations by the government, as measured by the Global Open Data Index.

“While lower on the list, Japan and Hong Kong have both made considerable strides in recent years in expanding the volume and variety of data their governments make publicly available.Governments in the lower reaches of the Index will similarly need to make big strides in open data, as demand for it from their citizens and businesses is certain to grow.” 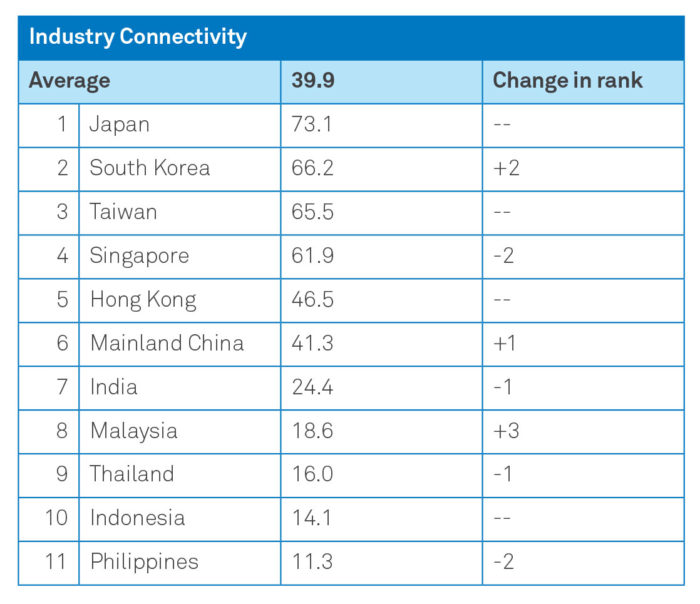 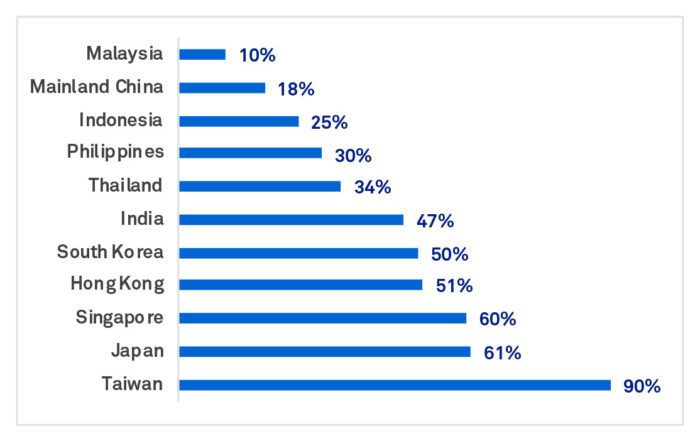 Reminder to HR: the competition ordinance applies not just to goods but labour too, what you need to know...

Inside the most expensive office building in Hong Kong, where art culture, work and people collide. ..

5 tips to negotiate with your employees on a pay raise