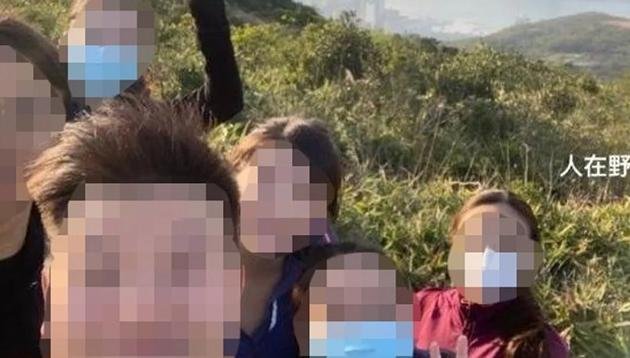 While the team at Human Resources are all for fresh air and outdoor exercise as part of a healthy work/life balance, six Hang Seng Bank employees may have taken the enthusiastic pursuit of the great outdoors a little too far.

The sextet of management trainees from the Hong Kong-headquartered bank were left red-faced when they defied work-from-home rules to go hiking, publishing photos on Instagram with the caption ‘best WFH activity’.

Another post tagged ‘men in the wilderness’ showed the group on a picturesque hillside cheering at the camera.

The only problem was that the posts were seen by the bank’s management, which was not amused.

On a more serious note, management of employees’ work from home has become a major challenge for HR in recent weeks as efforts to contain the outbreak of coronavirus in has led to a large percentage of Hong Kong’s workforce is taking up the option.

According to a statement from the bank, “We are aware that there have been online discussions relating to the matter. We view the matter with grave seriousness. The bank has an established mechanism to deal with such incidents and we will continue to strictly follow up on the matter.”

Since early February, “non-service critical staff” at Hang Seng have been directed to work from home, while frontline employees were required to have their temperature checked daily. Employees who had visited mainland China since the viral outbreak were told to work from home for 14 days.

According to Alexa Chow Yee-ping, managing director of AMAC Human Resources Consultants, the bank should be doing more to monitor the work-from-home activities of its staff.

“The supervisors should have given those working from home some specific assignments and asked them to report back on what they have been doing while at home. Not many people in the banking sector would have tried working from home before. So, proper guidelines from supervisors are needed,” Chow was reported as saying in the SCMP.

“That said, the employees should bear the full responsibility. The essence of working from home is still working, albeit not in the office,” she added.