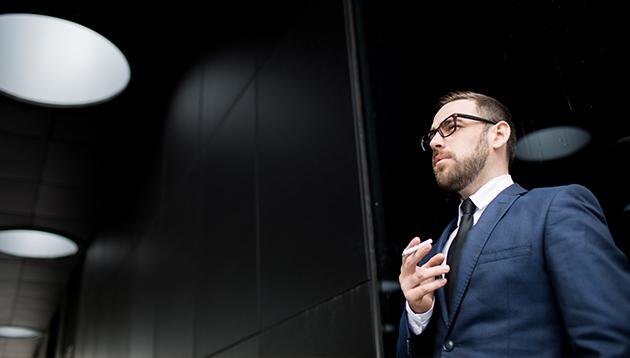 Smoking or non smoking? This could be a question that HR poses to prospective employees when determining their compensation and benefits package, at least if the actions of one training company boss are anything to go by.

He has gone as far as to give extra leave to non smokers. Four extra days of annual leave in fact.

Don Bryden, managing director at KCJ Training and Employment Solutions, began noticing that employees who smoked spent up to an hour each day on cigarette breaks, whereas non-smoking employees stayed at their desks and kept on working.

"I was watching the employees that smoke. They have four, five or even ten cigarettes a day and take around ten minutes outside each time," Bryden told the Daily Mail newspaper.

"I looked at the other guys during these breaks and they're always on the phones, typing away and trying to do their work, so I thought they should be compensated," he added.

Bryden was inspired to try the unique form of compensation when saw something on social media which suggested that employees who didn't smoke should actually be entitled to an extra four paid days off work.

"Everyone was saying it was a great idea but nobody said they would actually do it, so I came into work at the start of January feeling generous and told everyone we would kick it off," he said.

After announcing the new incentive to staff, some were quick to say that they would quit the habit straight away though Bryden explained that "it doesn't work like that.

If they can give up smoking for 12 months, I'll give them the extra four days," he said.

Other companies around the world are also implementing the non-smoking initiative.

In 2017, Japanese firm Piala Inc gave non-smoking workers an extra six days of paid holiday per year after employees complained that they were working more than those who went out for cigarette breaks.

After this idea was put forward by staff in the company?s suggestion box, the company's CEO agreed to give non-smokers extra time off to compensate.