Are you old enough for your employees?

Randstad Workmonitor has revealed 83% of employees in Asia prefer working with a manager who is older than them, 14% higher than the global average. The sentiment peaks in Hong Kong where almost 86% of employees also state that as a preference.

Randstad suggested this could be a result of a typical Asian culture where status and seniority in the workplace are stressed above learnability and competence.

An age-diverse team is presumed in today’s workplace with a sharp growth in the ageing population. As the notion of respect is rooted in the Asian mindset, 71% of respondents across Asia observed their managers treated their colleagues differently according to their age, while the global average is 53%. That said, the phenomenon is most widespread in Hong Kong (80%), while the least is in Mainland China (67%).

“Companies that want to succeed need to look at their talent pool to identify and nurture people who have the ability to lead and are constantly curious about how they can increase efficiencies in all aspects of the business, and sometimes, the best person for the role may not necessarily be the older employee,” advised Natellie Sun, managing director of Randstad Hong Kong.

More than eight in 10 employees are currently working in a multi-generational team which consists of co-workers with a decade or more of difference in age.

As part of the review, the ministry is planning to add eight new provisions to the Act in line with current employment situation...

Raising a family, the lack of work- life balance and wanting to care for family members are the top causes of women leaving the wo..

When staff are angry over work issues, they actually tend to blame themselves more than their firms - displaying high commitment l.. 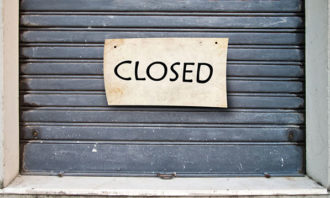