Singapore takes the cake when it comes to talent competitiveness in the region. The Lion City has managed to retain its top spot in Asia Pacific for the fourth consecutive year in the Global Talent Competitiveness Index (GTCI) 2017, announced yesterday during GTCI’s regional launch at INSEAD Asia campus in Singapore.

Produced in partnership with The Adecco Group and the Human Capital Leadership Institute of Singapore (HCLI), the GTCI is an annual benchmarking report that measures the ability of countries to compete for talent. This year’s report was focused on “talent and technology” and explored the effects of technological change on talent competitiveness and the future of work. It argued that while jobs continue to be replaced by machines, technology is also creating new opportunities.

In particular, Singapore has shown outstanding performance in the ‘enable’, ‘attract’ and ‘global knowledge’ pillars. The report noted that countries can learn from the nation’s well-developed regulatory and market landscapes for global talent to thrive and its ability to anticipate the movements of the economy.

Su-Yen Wong, CEO of Human Capital Leadership Institute, commented: “Digital technologies will help small and exposed economies like Singapore punch above their weight by creating means for their businesses and talent to reach out to the global market.”

Wong added that countries must continue to upskill their workforce so that they can adapt to the digitisation wave and the sweeping structural changes that are poised to shakeup traditional work arrangements.

Paul Evans, the shell chair professor of HR and OD, Emeritus, at INSEAD, and academic director and co-editor of the GTCI said: “Malaysia performs particularly well in the pillars of the enabling context and vocational and technical skills. It also does well on external openness as it has been able to attract talent from overseas. In addition, in terms of talent readiness for technology, Malaysia ranks higher than South Korea even though the IT infrastructure of the latter is much superior.”

In order for Malaysia to boost its rankings, Evans recommended that it should work on further improving in internal openness in terms of tolerance of minorities.

In APAC, the top 10 countries included:

READ MORE: Professionals in Singapore earn the highest in APAC

Educational systems that meet the needs of the economy; employment policies that favour flexibility, mobility and entrepreneurship; and high connectedness of stakeholders in business, education and government as well as high level of technological competence, were some of the key traits shared among high ranking countries.

Christophe Duchatellier, regional head of Asia Pacific, The Adecco Group, commented: “Although Singapore, Australia and New Zealand all feature in the Top 20 of this edition of the Global Talent Competitiveness Index, these latest findings highlight the increasing challenges that many countries in the Asia Pacific region have in attracting and retaining talent.

“In 2017 we are already observing organisations across the region placing an increased emphasis on world-class talent attraction strategies and tactics that will support them in remaining competitive. We would expect to see more organisations offering internship and apprenticeship programmes to foster skills development,” Duchatellier added.

Asia’s giants China (54th globally) and India (92nd globally) are still away from the top. Bruno Lanvin, executive director of Global Indices at INSEAD and co-editor of the report said: “Overall, a big challenge for China and India lies in their ability to attract talent, and they both face the issue of local higher-skilled workers leaving to live and work abroad.”

To improve their attractiveness, Lanvin suggested that the countries should further boost their regulatory and market landscapes.

“However, delving deeper and looking at the city-level, the two countries have metropolises exemplary in terms of their talent attractiveness. Shanghai and Mumbai (apart from Singapore) are the only Asian cities identified and ranked in the inaugural edition of the Global Cities Talent Competitiveness Index (GCTCI), but future editions will undoubtedly include more, confirming the growing attractiveness of Asian cities,” he added.

The Philippines (52nd globally) is the top lower-middle-income country. Its greatest strength is its good pool of both vocational and technical skills and global knowledge skills. 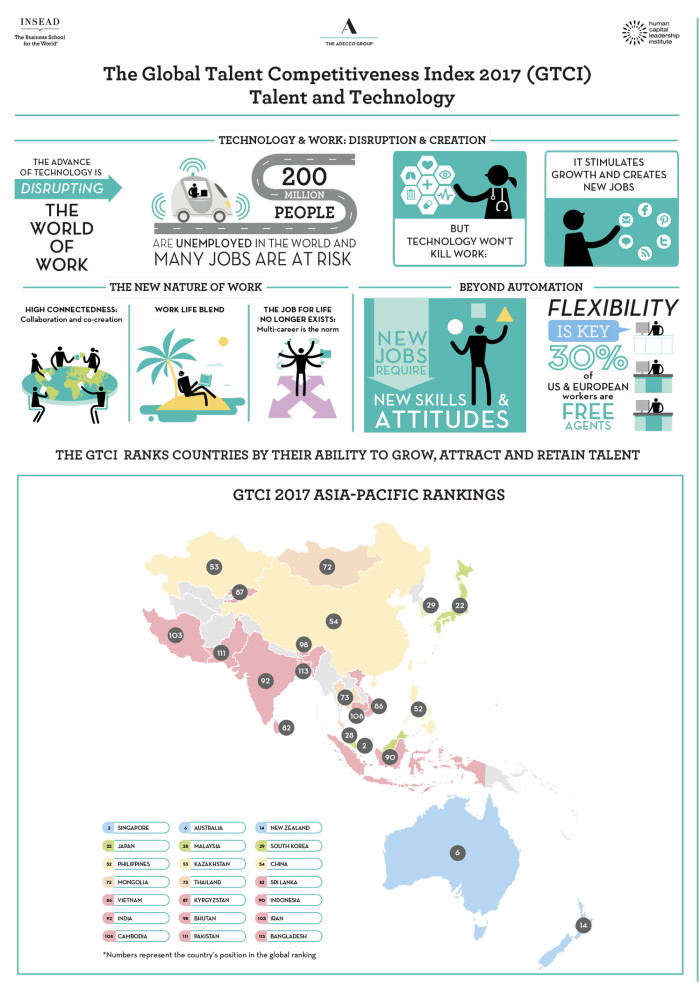 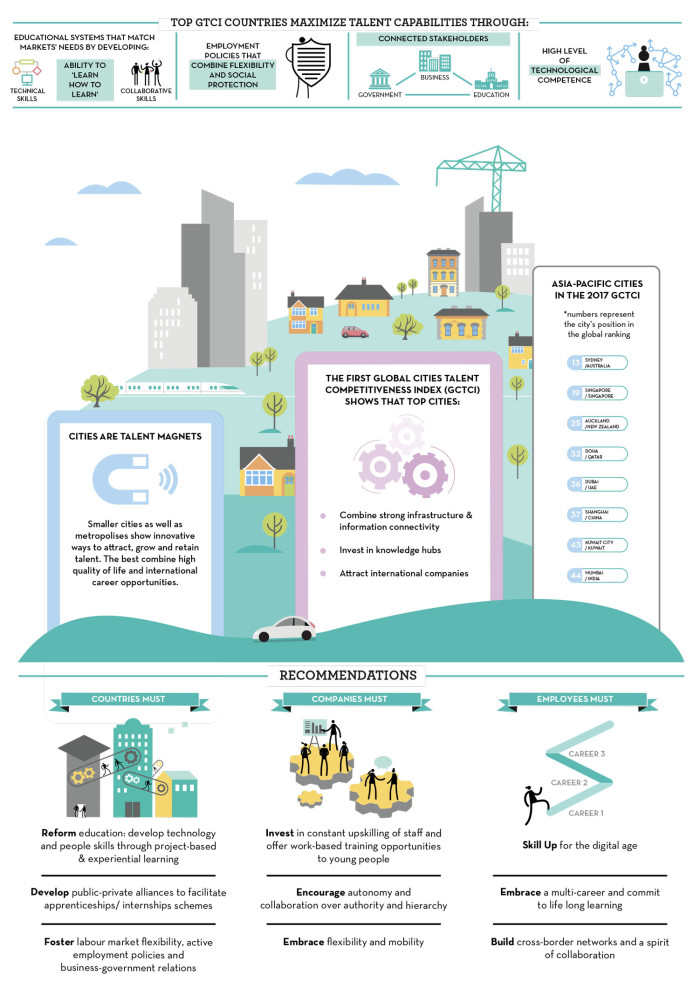 How Hong Kong HR professionals got candidates to work for free

How long to stay at a company: Employers say 3 years, staff say 6 months

The mismatch in expectations is related to data that shows 95% of employers Singapore saying they would not be comfortable hiring ..

Your weekly update on job movements in HR - featuring changes from Page Personnel, Ruder Finn and many more. ..

In the Netherlands, 46.9% of the population works less than 35 hours a week. Hong Kong averages 50-hour weeks. Is it time for a ch..

Malaysia's EPF further reiterates that the funds - which serve as retirement savings for today's employees - are safe in their han..