10 cities where employees are the most anxious The last year has been a stressful one for many, resulting in a staggering increase in anxiety across the globe - more so when employees have to work in isolation.

Needless to say, this anxiety plays a major role in affecting not only their physical health, but their mental health as well.

On that note, Small Business Prices recently analysed a number of cities around the world, taking into consideration global happiness, how much of the population deals with depression, work-life balance, poverty levels, and the cost of living, to uncover where people are the most anxious about returning to normal life post-COVID.

Note: All data presented is based fully on the analysis done by Small Business Prices, and is reflective of the parameters they used to gauge anxiety levels.

The 10 cities revealed to have the most anxious employees are:

According to the analysis, Cape Town, South Africa, noted that 26% of the population lived in poverty, with an unemployment rate of 32%.

On the other hand, the analysis also revealed the 10 cities with the least anxious employees, namely:

Per the analysis, Denmark ranks top in terms of overall happiness, with only 6% of the population in poverty and a similar unemployment rate of just 6%.

Prague is the next least anxiety-prone city for employees working from home, with one of the lowest unemployment rates in Europe of 3.1% and only 2.7% of the population battling with depression. Similarly, Zurich in Switzerland has a happiness ranking of 7.57 and the highest disposable income of £2323 (USD3,273.27) per month.

View the full infographics below [please right click on the image and select 'open image in new tab' for best resolution]: 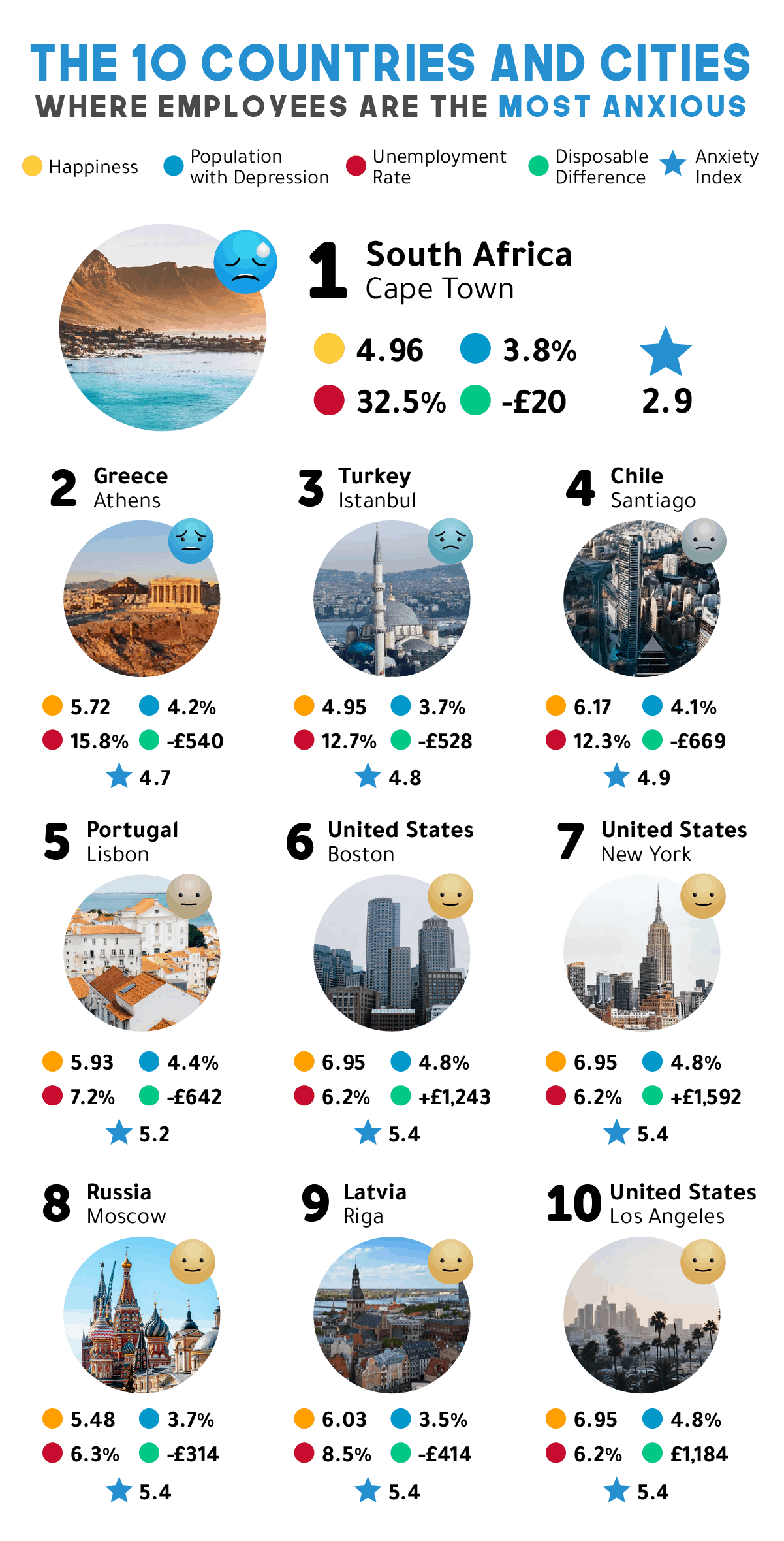 Note: All data presented is based fully on the analysis done by Small Business Prices, and is reflective of the parameters they used to gauge anxiety levels.

ALSO READ: How to take care of your mental health during the COVID-19 pandemic: 24 tips