Why you should let your staff travel

Contiki, international coach tour company, has released its global travel survey that showed travellers are 14% more likely to look for new opportunities to develop their skills and knowledge. On that note, it said: “Travel creates a sense of belief in yourself and what you can achieve.”

The survey also revealed that travellers are 25% more likely to set goals for themselves – and regularly achieve them. In fact, three-quarters (75%) of travellers indicated that they are more confident because of travel and perform well on different types of tasks. More importantly, travellers are also 43% more likely to be satisfied with their employment opportunities. 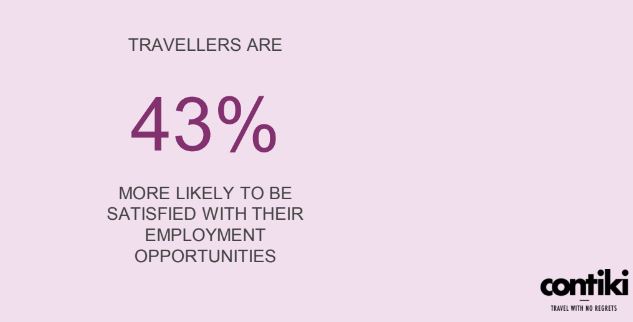 The survey was done in partnership with Fan Data Analytics to survey 3,000 18-35 year olds, breaking the pool into two groups of travellers and non-travellers.

The 3 things candidates look at when considering a job offer

Read: Microsoft’s email to attract “bae interns” for “getting lit”

Did someone say "hella noms", "lots of dranks", and "getting lit on a Monday night"? Well, this tech giant's recruiting team did...

9 of the most memorable business cards

It's never been more important to stand out from the crowd. A creative business card like these will ensure your first impression ..

96% of employees in Malaysia say upskilling is their own responsibility

This sentiment was particularly strong amongst women employees at 97%. ..

The ECT is aimed to benefit those not covered by the Employment Act - including PMEs and those earning more than $4,500/month...

Dushyant Ajwani, manager for C&B at American Express, shares how they build a culture of reward and recognition...