Unemployment rate in Malaysia creeps up by 0.3 percentage points in May 2020 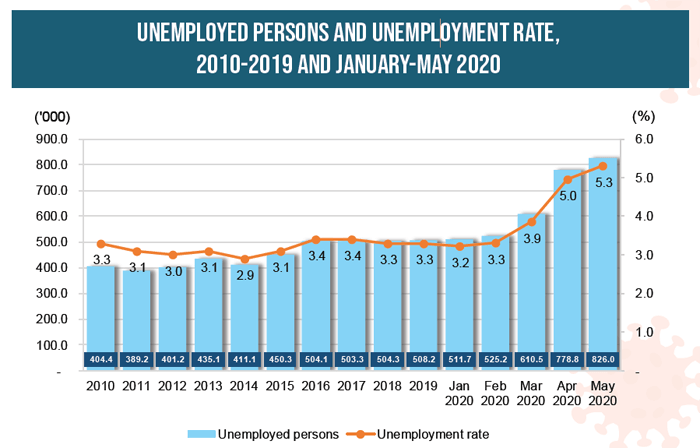 As such, employed persons recorded a marginal decline of 0.3% (April 2020: -2.0%) month-on-month to 14.89mn persons. In line with this, the employment-to-population ratio which provides information on the ability of an economy to create employment dropped further by 0.4 percentage points to post 64.4%.

Overall, the number of labour force rose marginally by 1.8 thousand persons, as against April 2020 to record 15.71mn persons.

The LFPR in May 2020 stood at 68%, registering a decline of 0.1 percentage point month-on-month as outflows into outside labour force continued to increase. This was the lowest LFPR recorded since December 2017. In comparison, the lowest LFPR ever recorded was 62.6% in 2008.

All images / Department of Statistics Malaysia