To derive the above GPG for Singapore, the study took into account human capital and labour market factors such as age, education, occupation, usual hours worked per week, and industry.

What stood out in the report was that while human capital factors had little impact on this gap, occupation was found the most influential factor, due to occupational segregation. This showed men were over-represented in higher-paying occupations, while women tended to be in lower-paying occupations. 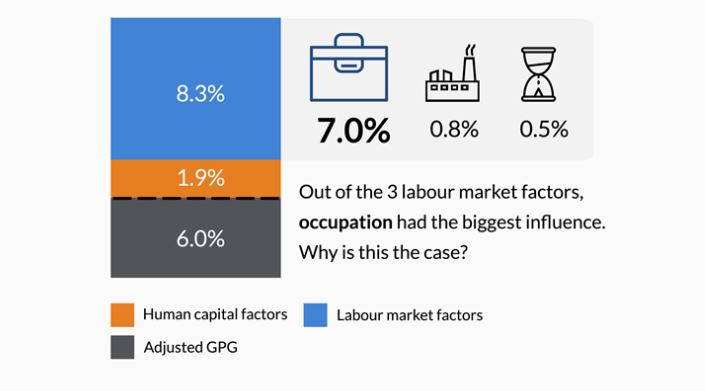 Before these factors were accounted for, the unadjusted GPG, which measured the difference between median incomes of men and women, stood at 16.3% in 2018 (2002: 16%). Of this 16.3%, about two-fifths was accounted for by occupational segregation.

What else was observed in Singapore’s workforce representation? 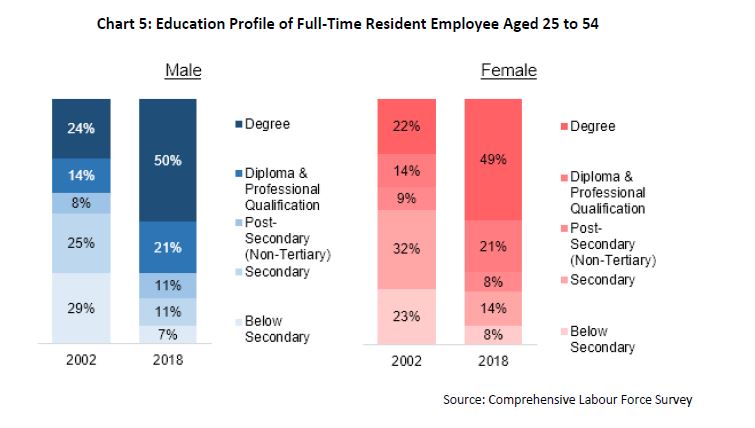 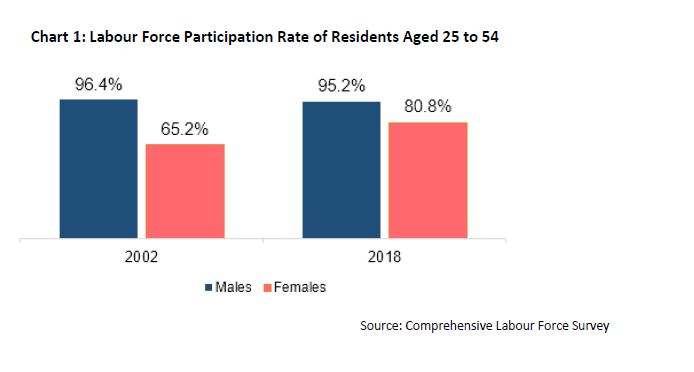 As compared to 2002, more men and women held professional, managerial, executive and technician (PMET) roles in 2018, as illustrated in the chart below. Additionally, a higher share of women was observed across the broad occupational groups as well, with those in PMET roles recording the largest increase. 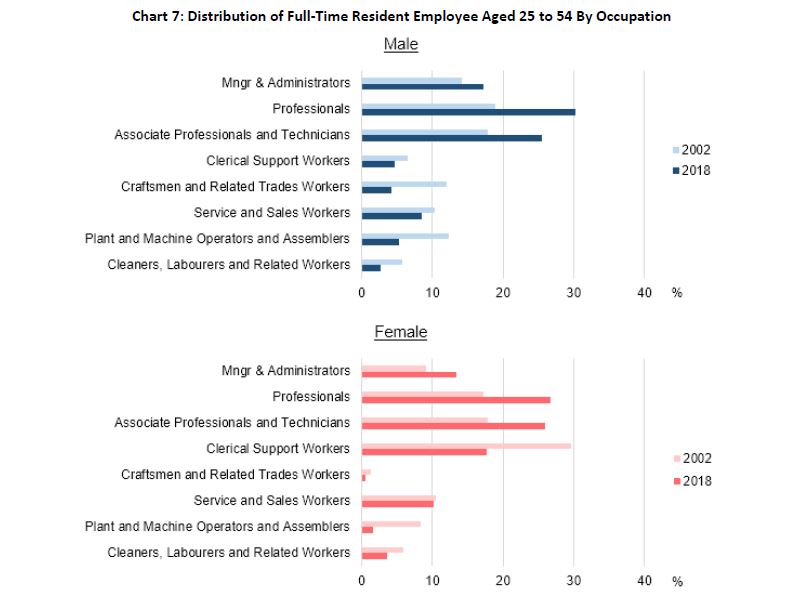 Women tended to be in over-represented in people-oriented occupations

If you’ve noticed a significant number of women in HR, teaching, and healthcare, this could be because women tend to have stronger interpersonal skills, a separate study cited in the report found.

In other words, women were more included to take up people-oriented occupations, i.e. jobs that require empathy and interactions, as these brought on higher levels of job satisfaction.

Salary dissatisfaction, a talent shortage, and lack of a work-life balance are the biggest work woes for accountants in Singapore...

The 5 types of employees no boss wants

Spare a thought for the HR heads who have to try and manage this sort of behaviour in the office. ..

Companies are also making it easier for employees to act as whistleblowers and raise concern or report malpractice...

"We have lost trust in the current management. Staff morale is very low due to a lack of leadership and direction."..

The ins and outs of CPF contributions for interns in Singapore

Employers hiring interns from public universities aren't required to pay CPF contributions owing to their courses being most align..