New programme to encourage Malaysian women to return to work

The newly launched programme is an affiliate of the Housewives Enhancement and Reactivate Talent Scheme (HEARTS) by HRDF and the Career Comeback Programme (CCP) by Talent Corporation Malaysia Berhad (TalentCorp).

The newly launched HEARTS–CCP affiliate will be open to all women, especially those who wish to return back to work after leaving employment for more than six months. Previously, the HEARTS Programme was only open to married women or single mothers between the ages of 25 and 60.

These programme will provide a platform for those involved to master new skills and become a source of income for their households.

Both the HEARTS and CCP programmes are in line with the government’s initiative to create 33,000 job opportunities in a year through the Women@Work movement as announced in the 2020 Budget last month.

The programme was launched in conjunction with the Human Resources Development Fund (HRDF) Deepavali 2019 Celebration at Wisma HRDF.

In his speech, Kulasegaran noted the percentage of the National Female Labour Force participation rate is lower compared to other ASEAN neighbours.

“For this, we need to alleviate women’s challenge to balance family and work, such as flexibility in work arrangements will enable women who are willing to join the labour force to do so and this could be offered either through flexible hours or workplaces, childcare facilities at work or the like.

“Apart from that is through the reskilling initiative for women who have been out of employment to prepare them to come back to work and this is why we are here today,” he said.

Since its launch in 2013 until last year, the HEARTS Programme has trained 1,309 housewives, 312 of whom have successfully secured jobs while the rest are able to generate daily income through self-employment.

Given the important role of women as a key resource in spurring economic growth, TalentCorp works in support of the Government’s efforts to increase women’s economic involvement in Malaysia, particularly through the Career Comeback Programme. A core part of TalentCorp’s efforts in this space includes encouraging employers to facilitate the return of women back to the workforce, by recruiting and retaining women on career breaks. 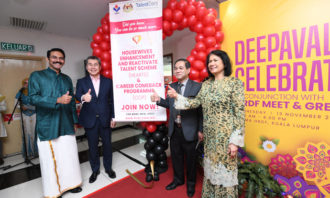 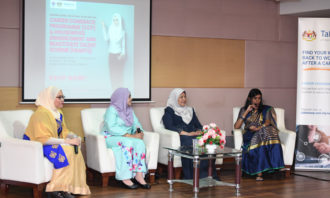 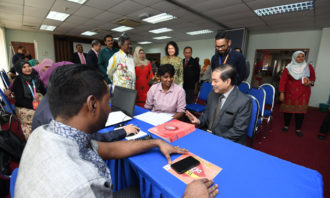 Counting on a winning HR team

Employees who have sex two or three times a week earn 4.5% more than those who spend lesser time in the bedroom, claims a study...

Your guide to creating a harassment-free workplace

Good practices to consider include a prevention policy and a safe reporting line, experts from Tripartite Alliance for Fair & Prog..

Number of civil servants in Malaysia will not be reduced

In fact, civil servants in some government departments with lack of staff even had to work on weekends...

Managing the turnover rate and transition period of external workers is the number one challenges cited by managers...