How HR professionals are fooled by lying candidates

HR heads it might not surprise you that candidates are not 100% truthful on their resumes but the extent to which they are getting away with it, definitely will. According to recruitment site Adzuna.co.uk  83% of candidates who lied on their CV,  say their falsehood was never discovered and that is because almost half (48%) of HR professionals admit to not always checking an employee’s qualifications and only 62% believe you should check references, says the press release. 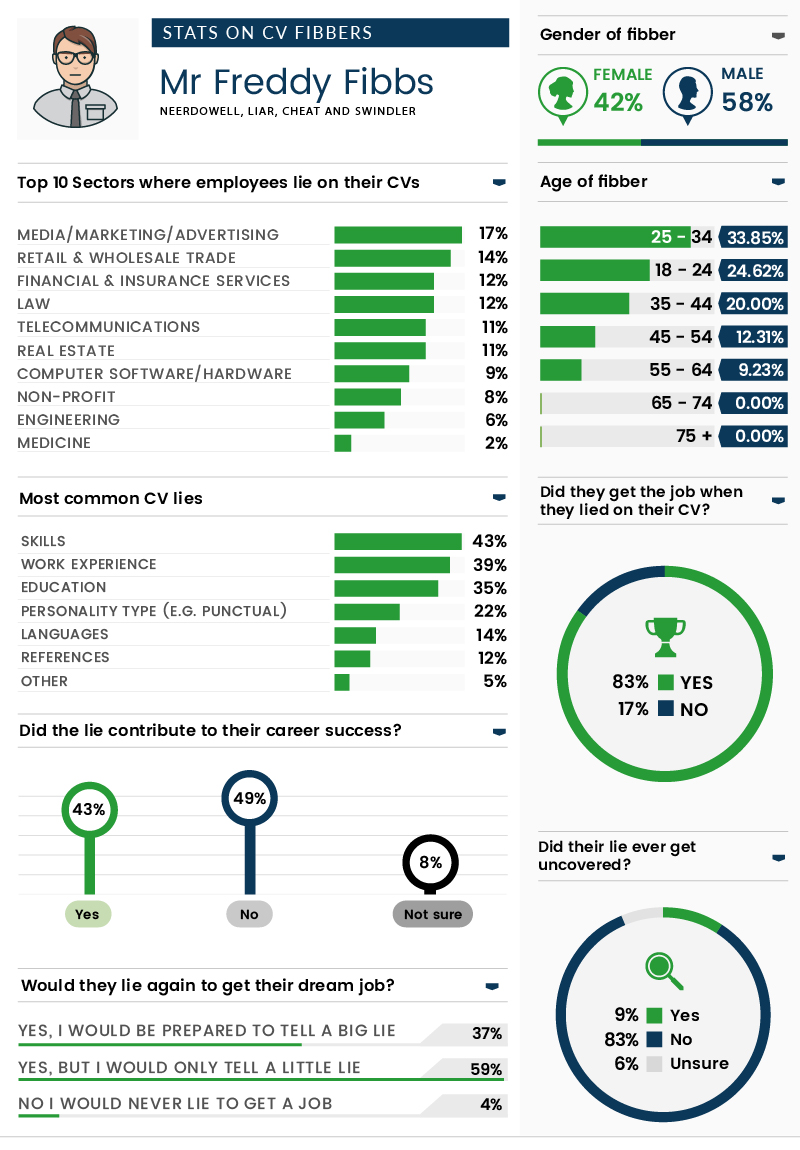 The survey spoke to 3,587 participants either in, or looking for, employment. When asked if they had lied on their CV,  a staggering 37% admitted to doing so at some stage in their professional career. Of those that had lied on their CV, 83% said they still got the job, with 43% stating that their lie directly contributed to them bagging the role.

According to the survey, 96% of CV liars said they would do it again with 37% revealing they would be prepared to tell a “big lie” to get their dream job.

Skillset is the most often told lie on people’s resumes for example being proficient in Excel (43%), their work experience (39%) and then their education (35%). The survey also went further to profile what the average liar looks like. According to the results they are usually male (58%), aged between 25 to 34 years old (34%), and looking for a job in marketing or advertising (17%). Other sectors where candidates were more likely to inflate the truth were: retail (14%), finance (12%) and law (12%).

ALSO READ: 10 ways to tell if a candidate is lying

Rachel Poon, HR business partner, Swatch Group — Omega division, dives into the world of Millennials, in this interview with Saman..

But despite this rise in job opportunities, finding the right candidates to fill vacancies is still a huge challenge for bosses...

May the radiance from the festival of lights bring you joy, success, good health and happiness for the year ahead...

In a bid to enhance its digital strategy, Singtel has announced a series of structural changes with immediate effect...

General Motors' Mary Barra was the highest rated woman CEO, while Google's Larry Page led the top 50 list. Find out who made the c..