From police officer to HR: How childhood dream jobs have panned out

From the picture above, did you as a child dream of working in any of those five occupations?

Chances are, one of them was, or you dreamt of a completely different job than what you’re working in now. According to recent research by Perkbox Insights, a large majority of adults surveyed in the UK (96%) are not working in the job they dreamt of as a child.

Given that’s the case, do you still wish you were working in your dream work? Based on the findings, 64% of working adults still wish they were.

However, an interesting take on this topic is the correlation between what these working adults cited as their childhood dream job compared to what sector they were most likely to work in – for example, the majority of those who wanted to grow up to be a police officer or a detective are, in fact, in recruitment/HR!

Based on people surveyed, these are the sectors that people who wanted to work in popular job roles ended up in. For example, those who wanted to be a teacher were most likely to end up in marketing, advertising, media or PR.

Additionally, those who wanted to be a musician ended up most likely in business, consulting or management roles. Check out the full list below: 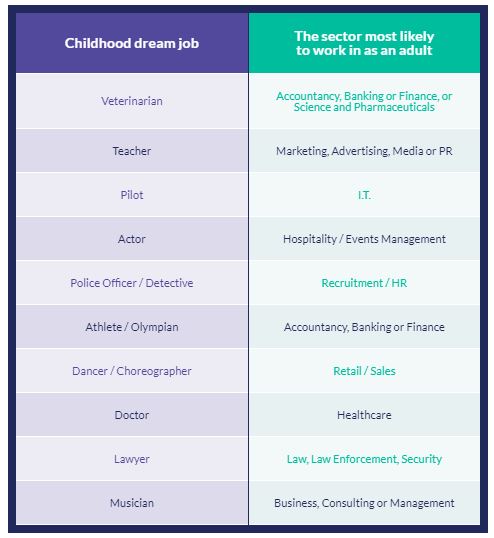 Reasons for adults not pursuing their childhood dream jobs

A range of reasons were revealed as to why some adults work in different job roles from what they once dreamt of. For instance, about four in 10 (43%) did not do so as they felt they did not have the talent, opportunities, or resources for it, with more women feeling so (28% of women vs 15% of men).

Further, one in five felt that they had lost interest in their childhood dream job as they got older (20%), while a fewer 9% realised their dream career required “a lot of training”. 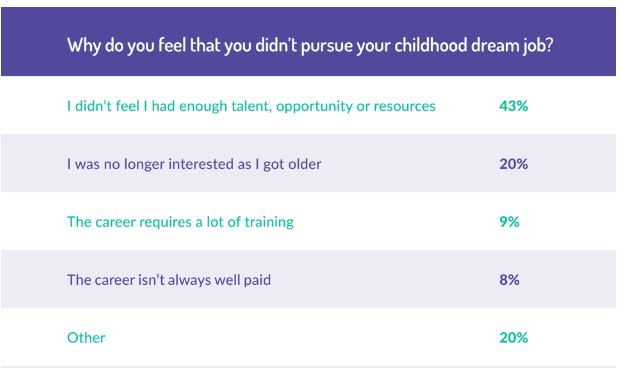 That said, it’s not all negative that adults did not end up in their dream jobs. For instance, about three in 10 (32%) who ended up in their current sector did so because it was something else they were interested in/passionate about.

At the same time, one in four (25%) did so because they had the talent for it, and on the other hand a small percentage did so because of a good pay (9%).

Also interestingly, a good 84% revealed they were happy in the current job/sector they ended up in. 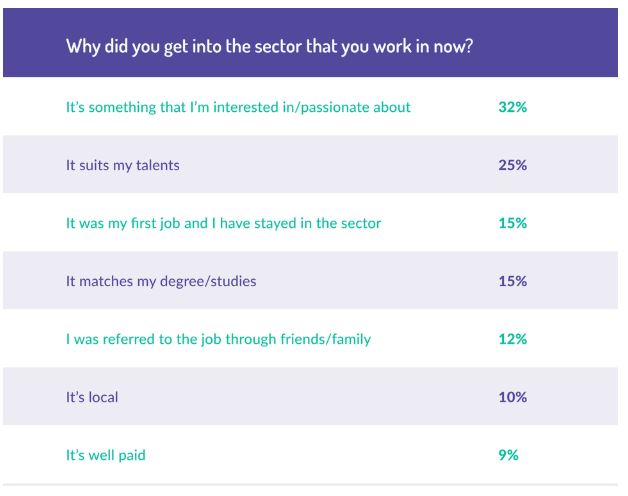 Check out this office which includes a dartboard, a foosball table, and a Happy or Not feedback machine...

Take a look at what happened this morning at our first ever Recruitment Interactive 2013 event. ..

Notable pay gains were observed in the building and construction sectors, as well as among engineers and technical support personn..

In fact, the report stated that 78% of expats have generally found it easy to settle down in the country...