It’s been reported by Ministry of Manpower (MOM) that three employers were charged yesterday in the State Courts for failing to pay salaries to their employees. Additionally, two other employers have failed to turn up in the State Courts for similar offences and the cases have been adjourned. On that note, Goodmate Global faces the most number of charges, with 17 charges brought against the company for salary offences.

Furthermore, a prosecution case involving Ching Hwa Ming, director of JS Environment Enterprise and Nam Hong Engineering (two separate companies) will be before the State Courts later this week for 30 charges of non-payment of salaries. 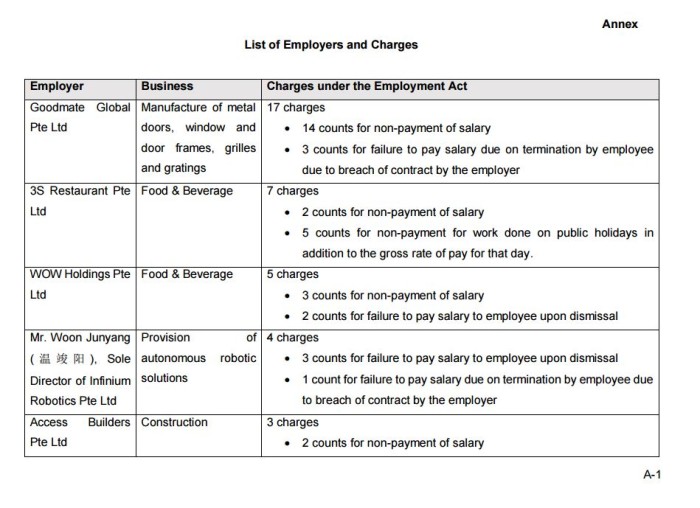 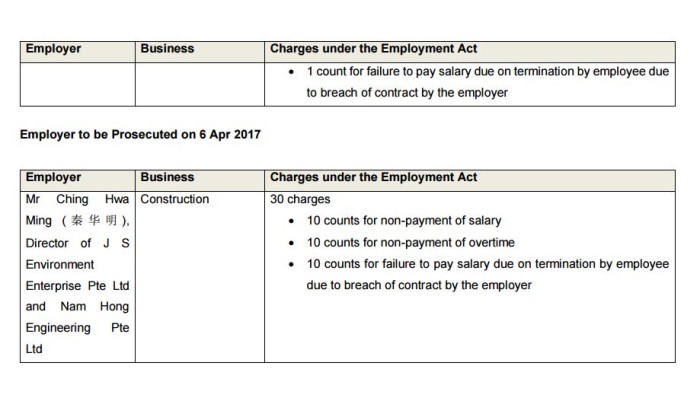 In the press release, Raymond Tan Choon Guan, director of Employment Standards Enforcement said: “Employers must pay salaries on time. As in these cases, MOM will take stern action against errant employers for salary non-payment, including prosecuting those who have wilfully refused to comply with Labour Court orders or those who owed large amount of salaries to workers.”

Employers who fail to pay salaries to their employees can be fined up to $15,000 and/or imprisoned up to six months. The penalty can be doubled for repeat offenders.

MOM urges employees who have not been paid their salaries or feel that their salaries have been wrongfully withheld to approach MOM or their unions early for assistance. Doing so early will improve their chances of salary recovery.

Anyone who knows of persons or employers who contravene the employment act should inform MOM directly. All information will be kept strictly confidential.

The state of flexible working in 12 countries, including China, Singapore

Is dressing down the new office dress code?

Jeans and t-shirts have taken over the shirt-and-tie as the new office norm but how many of us accept flip-flops and track suits? ..

The competitive edge of the Human Resources team surfaced in this fun team bonding activity, driven by three rounds of laser tag...

Follow these five key areas to avoid being a party pooper during end-of-year workplace festivities...