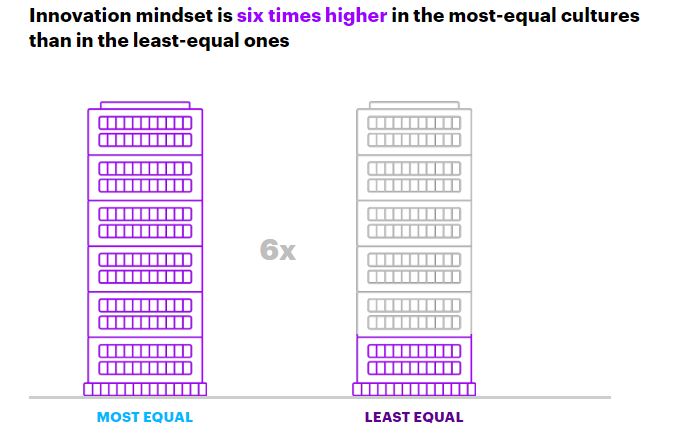 The report defined a culture of equality as one where most of the 40 factors across three categories – Bold Leadership, Comprehensive Action and Empowering Environment – (see below) that influence one’s advancement at work are present. 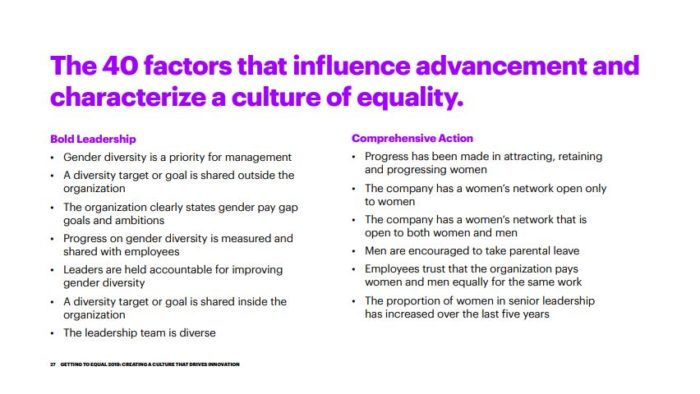 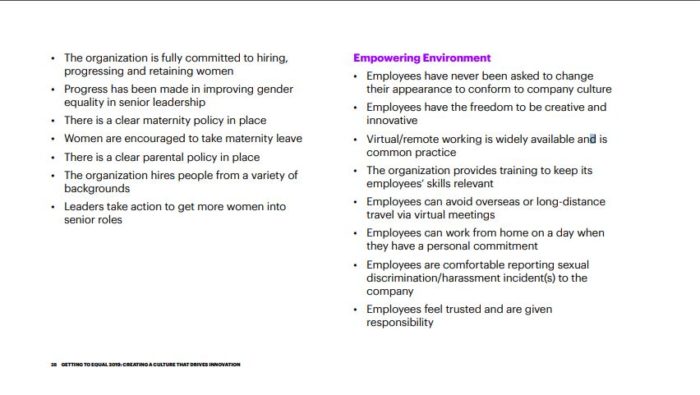 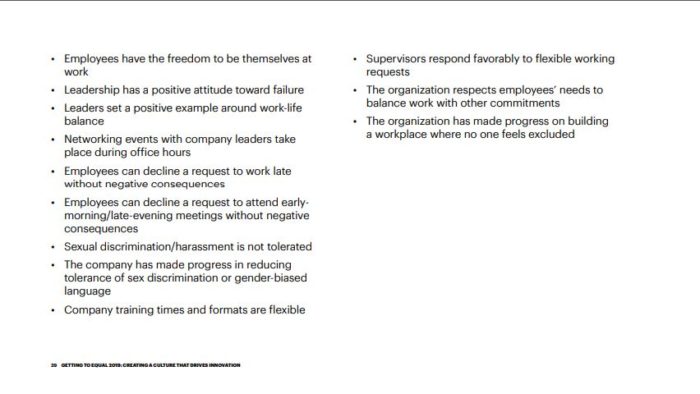 At the same time, an innovation mindset is defined as one’s willingness and ability to innovate – and has six elements, namely purpose, autonomy, resources, inspiration, collaboration and experimentation.

According to the research, 87% of employees in Singapore surveyed have expressed interest in being innovative, and a stronger innovation mindset was seen among respondents across all genders, ages, sexual identities and ethnicity exposed to equal workplace cultures.

The following was revealed in the global context:

Additionally, 37% of Singapore employees and 40% globally in more robust cultures of equality stated nothing holds them back from innovating, as compared to the mere 1% (7% globally) from least-equal cultures who said so. 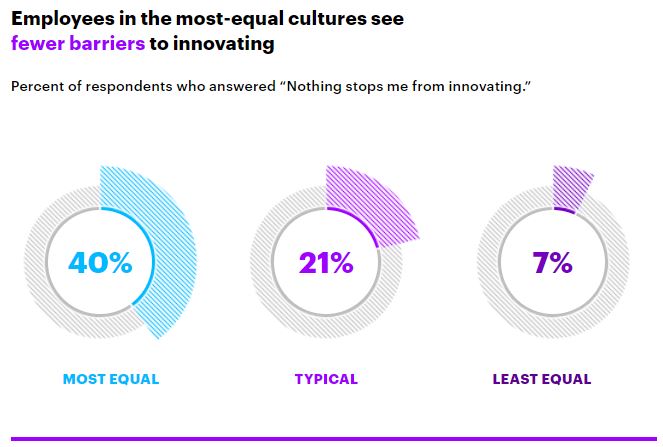 More interestingly, culture factors were also found to have a stronger influence on employees’ innovation mindset than their educational qualifications, and even an increase in pay. 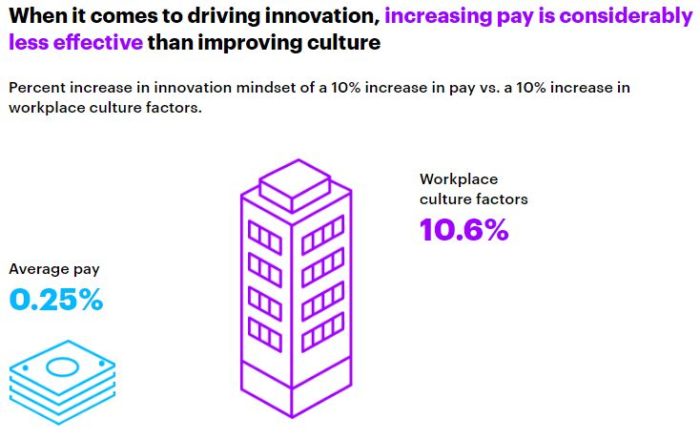 Are leaders and employees on the same page?

In terms of a connection between what employers and employees feel, 76% of executives surveyed globally said they already empower employees to innovate, something that only 45% of employees agreed with. There was no specific data on this provided for Singapore. 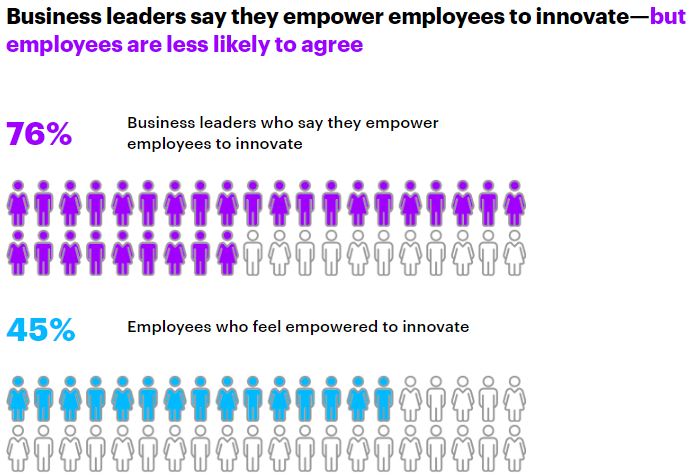 Why is this so? According to the report, it is most likely because some leaders mistakenly believe they encourage innovation more than they actually do. For instance, some overestimate the financial rewards given to employees, or even underestimate purpose as a motivator to innovate.

Graphics / Accenture’s “Getting to Equal 2019” report

A new year typically heralds new resolutions that we all promise to keep but lose sight of midway. Have you had luck with yours?..

The 10 types of annoying employees

How do you deal with workers who always miss their deadlines? Meet the 10 types of employees who can infuriate the best of manager..