The New Straits Times has reported that the Congress of Unions of Employees in the Public and Civil Services (CUEPACS) is grateful the government has indicated some “good news” for the civil servants in the Budget 2018.

In fact, CUEPACS president Datuk Azih Muda said the possibility of “good news” (as hinted by Prime Minister Datuk Seri Najib Razak in the next national budget) had brought more optimism for the government servants about their future. He said: “Our wishlist for Budget 2018 includes a proposal to increase the service allowances (for employees in the low-pay brackets). The last review on this was in 2002. The amount does not match with the needs of current economic situation.”

“We ask the government to consider increasing the allowance from a minimum of RM95 to RM180,” he continued.

According to the report, Datuk Azih said an improvement in the quantum of allowance in the upcoming Budget would augur well for the civil servants as living cost was high now.

He also said CUEPACS was hopeful the government would introduce two salary increments annually regardless of the positions of the employees. He commented: “While bonuses and increments are helpful, what benefits us more is a lower cost of living.”

“We are sure that the government understands the people’s needs. We also ask the government to develop better public transport system such as providing rebates on the fare structure.”

On that, he expressed that “typically when civil servants get any pay rise, the extra money is spent on toll fees and fuel among many other daily needs.”

Datuk Azih lauded the efforts by the government to continue giving certain incentives to the civil servants.

What Singaporeans love about today’s workplace

Local staff today are the most eager to be able to work from anywhere in the word, more so than their APAC counterparts. ..

Santa or Scrooge: Only 36% describe their company as “generous” around the holidays

The recent survey also revealed the various perks companies are offering this year and if a holiday bonus is on the cards...

Why Singapore is not in favour of mandatory retrenchment benefits

MOM is concerned that setting a minimum amount will not benefit workers in cases where the employers are able to pay higher amount..

Working with competent, male bosses who are less emotional and calculative trumps getting a pay raise anytime, say locals...

With just 39% people across APAC agreeing that shorts are acceptable attire for men at work, gents will have to stick to pants... 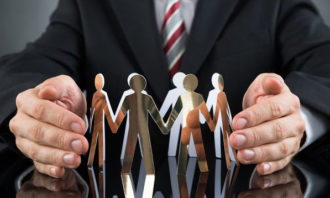