Artificial intelligence at work: Is senior leadership ready for change?

One-third of managers across Singapore (37%), Hong Kong (36%), and China (32%) are fairly on-the-fence about the impact of artificial intelligence (AI) at the workplace – saying it will create and destroy roughly an equal numbers of jobs.

This data was unveiled at the launch of research by Roffey Park and Profile Search & Selection, titled Workplace in Asia: Key HR and leadership priorities for 2018, attended by Human Resources. It features views from managers and non-managers across Singapore (1,064), Hong Kong (584), and mainland China (283).

Unfortunately, more than half of managers in all three regions do not think their organisations currently have the skills and expertise to take advantage of AI (56%, 55%, and 51% respectively).

The common thread in the research comments on this aspect is around senior leaders recognising AI as an opportunity; however the gap exists between this recognition and being able to take action and make full use of those opportunities. 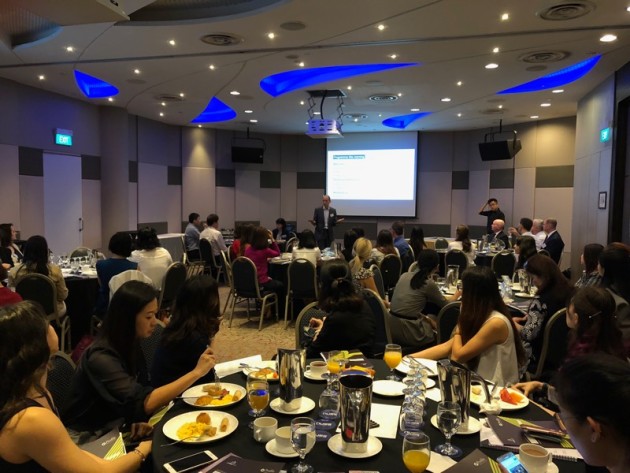 Another aspect of preparedness surveyed was diversity, where an overwhelming majority in the three regions surveyed (79%, 85%, 81%) agreed that their organisation is accepting of differences. Over three in five respondents also believed their organisation is effective at attracting, recruiting and retaining individuals from diverse backgrounds.

Respondents were also relatively more confident in managers becoming more skilled at working with people from diverse backgrounds compared to a year ago.

However, save for mainland China (57%), fewer than half of managers across Singapore (46%) and Hong Kong (42%) agreed that their senior leadership team has sufficient diversity.

Additionally, when the survey was first launched in 2014 in Singapore, HR managers deemed diversity and multi-generational issues not as important at that time. But they thought that it will become more pertinent in five years.

Standing at almost the five-year mark today, the data suggests that HR managers think it’s still a concern for the future:

The most jaw-dropping behaviours of interns

How to multiply your talent’s potential

In an exclusive interview, CEO of Acewood Group shares how bosses can use the Multiplier process to get the most of out their tale..

SRC Recruitment under investigation by MOM over Carousell ads

The employment agency has also been served with a notice of licence suspension and can no longer emplace any new foreign domestic ..

Traits of troublemakers at work

Difficult co-workers are toxic to the workplace. Pay attention if any of them are found in your company...

“Singapore must become a meritocracy of skills, not a hierarchy of grades earned early in life,” said the Finance Minister. ..

The head of Malaysia's SME association said local firms had reported a 20% to 30% drop in business since the toll hike. ..