Are you keeping your staff’s health in check?

Today, health and well-being programmes are no longer limited to the annual flu vaccination and sports game. Nowadays, more employers are offering a broader range of programmes, from allowing time for exercise, providing on-site eating areas, to hosting health education talks and coaching. However, the 2017 Cigna 360° Well-being Survey revealed that there are still gaps to be filled.

Despite more than half (52%) of the 14,219 respondents considering a GP’s consultation fees as basic health coverage, only 34% of  them reported that it is included in their employee package – an 18% gap. The survey also found that there was a 16% gap for hospitalisation benefits as well as an 8% gap for health check-ups, all of which were considered basic benefits by employees.

Perhaps due to the lack of coverage, the survey also revealed that overall only a third of respondents saw a doctor or dentist when feeling ill. Zooming in on the different countries surveyed, the highest figures were from Korea (49%), Taiwan (43%), Hong Kong (41%), India (41%) and Singapore (41%).

Employees seemed to prefer trying self-remedies first with 33% of taking over the counter drugs based on self-diagnoses; particularly in Indonesia (97%), UK (97%), China (95%) and New Zealand (95%).

The survey also pointed out that 20% have not had any health checks in the last year.

Interestingly, 37% of respondents have had a dental exam, more than any other type of medical check-up in the last year. However, the survey also pointed out that only a fifth (19%) currently have dental benefits covered by their employer.

Another interesting finding was that old age is based on perception, with the perception of old age rising as people age themselves.

The perception of old age also varied based on nationality.

The survey found that respondents would like to keep working to feel young and active.

A desire to stay mentally and physically active through work post-retirement was named by 68% as a reason to stay employed.

Even without pay, there was a desire to stay involved beyond retirement age; this mindset increases with age and involvement often includes volunteerism. About a fifth (23%) planned to volunteer after retirement with the highest rates in India (31%) and Singapore (28%). 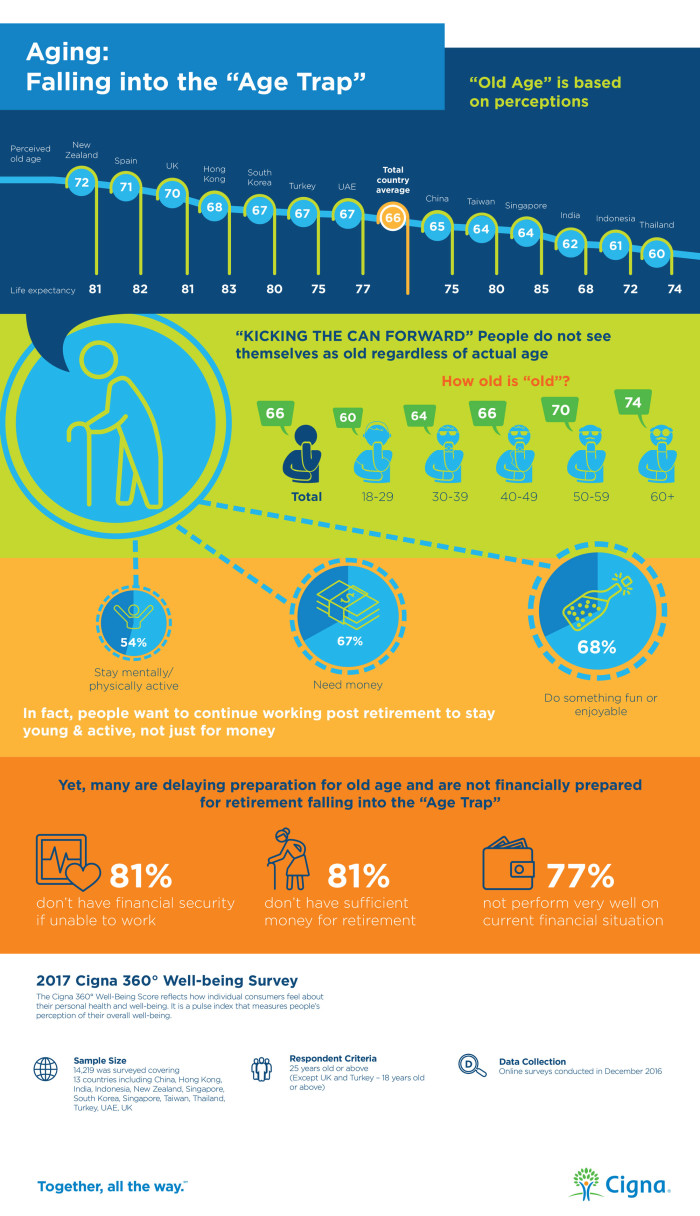 From understanding how to eliminate antiquated performance reviews to dealing with big egos, here's a roundup of the year...

In this role, Lim will lead the people strategy, develop a talent pipeline and drive the organisational culture to meet the demand..

5 things you didn’t know about the Gen Z

Despite being constantly on mobiles, these young staff want to interact face-to-face, and rank work-life balance as their top prio.. 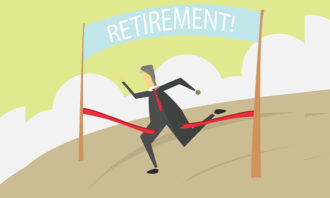