Are you earning more than your peers?

The Hong Kong workforce (excluding domestic helpers) earned a median monthly income of HK$18,700 across all jobs, HK$300 less than the preceding quarter, according to the Hong Kong Census and Statistics Department’s latest quarterly report on General Household Survey.

The median usual hours worked per week (excluding domestic helpers) was 43 hours, which is more than eight hours per weekday. Meanwhile, 15% of people worked over 60 hours or above per week.

The industries with the longest working hours are retail, accommodation and food services (48 hours), followed by public administration, social and personal services, and manufacturing (45 hours).

The International Labour Organisation suggested the maximum weekly working hours should be 40 hours or less.

Here is a table of the Hong Kong workforce’s median monthly salary: 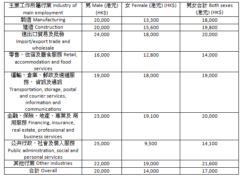 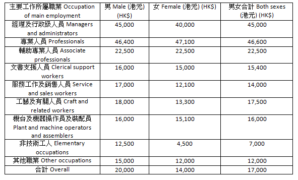 A 24-year-old student from China was required to work 180 hours, office cleaning and event organising, over four months for no pay..

We are sharing live updates on HR and manpower issues arising from the speech, so do refresh this page regularly...

Contract work has the x-factor

A majority of local employees are embracing contract work to better adapt to the current economic climate...

Case study: How AmBank took its HRMS to the next level

A need for better analytics for decision making pushed the banking group to adopt a more versatile, mobile and accessible HRMS...