In the wake of numerous airline disasters and crippling financial problems, Malaysia Airlines (MAS) has taken the time to send out inspiring messages to customers.

Using the hashtag #staystrong, MAS posted three tweets out of respect for those who lost their lives aboard both tragedies on MH370 and MH17, and also sent their condolences to those affected by the crash of TransAsia Airways GE222 and Air Algerie AH5017 earlier this month.

The first tweet, featuring an image of two MAS flight attendant holding hands, read “Tough times do not last, tough people do #staystrong”. Then, others followed: 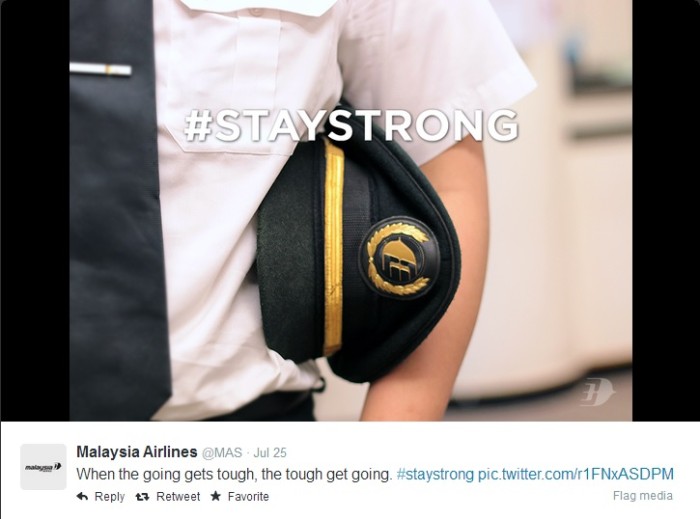 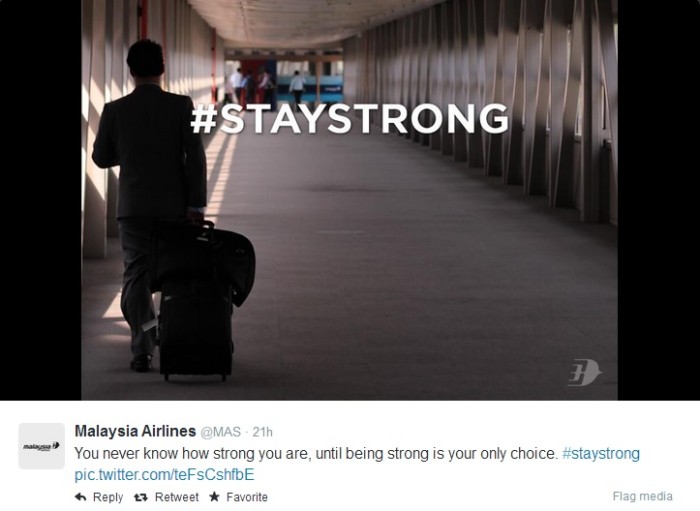 The airline also posted a heartfelt message for Hari Raya, stating they “would not be what we are today without the generations of employees who have woken up each morning to serve with professionalism and determination”.

It also thanked their customers for their service and asked for forgiveness in areas which the might have fallen short.

“We thank all Malaysians for the enduring opportunity to be of service, and seek your understanding for the times we have fallen short of expectations.”

One in 10 employees absent or affected by drugs at work

The portal will allow for a more simplified and efficient way to match job seekers' criteria with related organisations in the mar..

Thailand declares state of emergency effective 26 March 2020: Everything we know so far

All access points to the country, including airports, have been closed, and gatherings of many people have been banned. Further, t..

When should Malaysia Airlines’ CEO resign?

Ahmad Jauhari Yahya is under intense pressure to step down, but said he will make this decision "later”. At what point does a trou..

Mukta Arya, Societe Generale's HR Head, said: "We recognise the dual roles many of our female employees play and we want them to s..

With the new policy, Shell aims to encourage women to continue their careers if and when they have children...