Women’s protests over being forced to wear high heels at work are gaining traction. In British Columbia, Canada, a recently proposed law to help bring an end to workplace discrimination is getting support from the province’s premier. In the UK, a petition led to a parliamentary debate on the topic of high heels in the office.

The Canadian province could become the first place in the world to pass legislation specifically aimed at preventing the forced wearing of high heels at work. On March 8, British Columbia Green Party leader Andrew Weaver introduced a bill that would ensure “employers do not set varying footwear requirements for their employees based on gender, gender expression or gender identity”.

The act would make employers unable to require select employees to wear high heels and instead give them the option of wearing other types of appropriate footwear. It has gained the support of premier of British Columbia, Christy Clark, who took to Facebook to explain her stance.

Also last week, on March 6, the UK parliament debated the same issue after an online petition gathered over 150,000 signatures. The petition was filed by Nicola Thorp, who was told in December 2015 that her flat shoes were unacceptable for a temporary assignment at the London office of PwC.

Her employment agency’s dress code included among other things the specification that female workers must wear shoes with a heel between five and 10 centimeters high, which Thorp considered to be “outdated and sexist”.

“Employers are entitled to set dress codes for their workforce but the law is clear that these dress codes must be reasonable. That includes any differences between the nature of rules for male and female employees, otherwise the company may be breaking the law. Employers should not be discriminating against women in what they require them to wear.”

Move to accredit HR practitioners in Malaysia in the works: Minister Kula Segaran

Your comprehensive update on everything the Minister shared this morning, including the updates to paternity leave, maternity leav..

Why staff don’t like doing important work in the office

76% of staff say they leave the office when they need to work on crucial tasks, with some even choosing to work in coffee shops...

Are HR departments too poor to be more ‘strategic’?

Only 27% say they work on business strategies, with most saying lack of finances is the top barrier stopping them from doing so...

The broadband service provider will offer 16 weeks of full-paid maternity leave and 14 days of paternity leave which is also fully.. 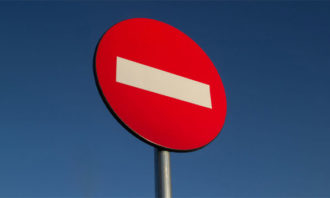